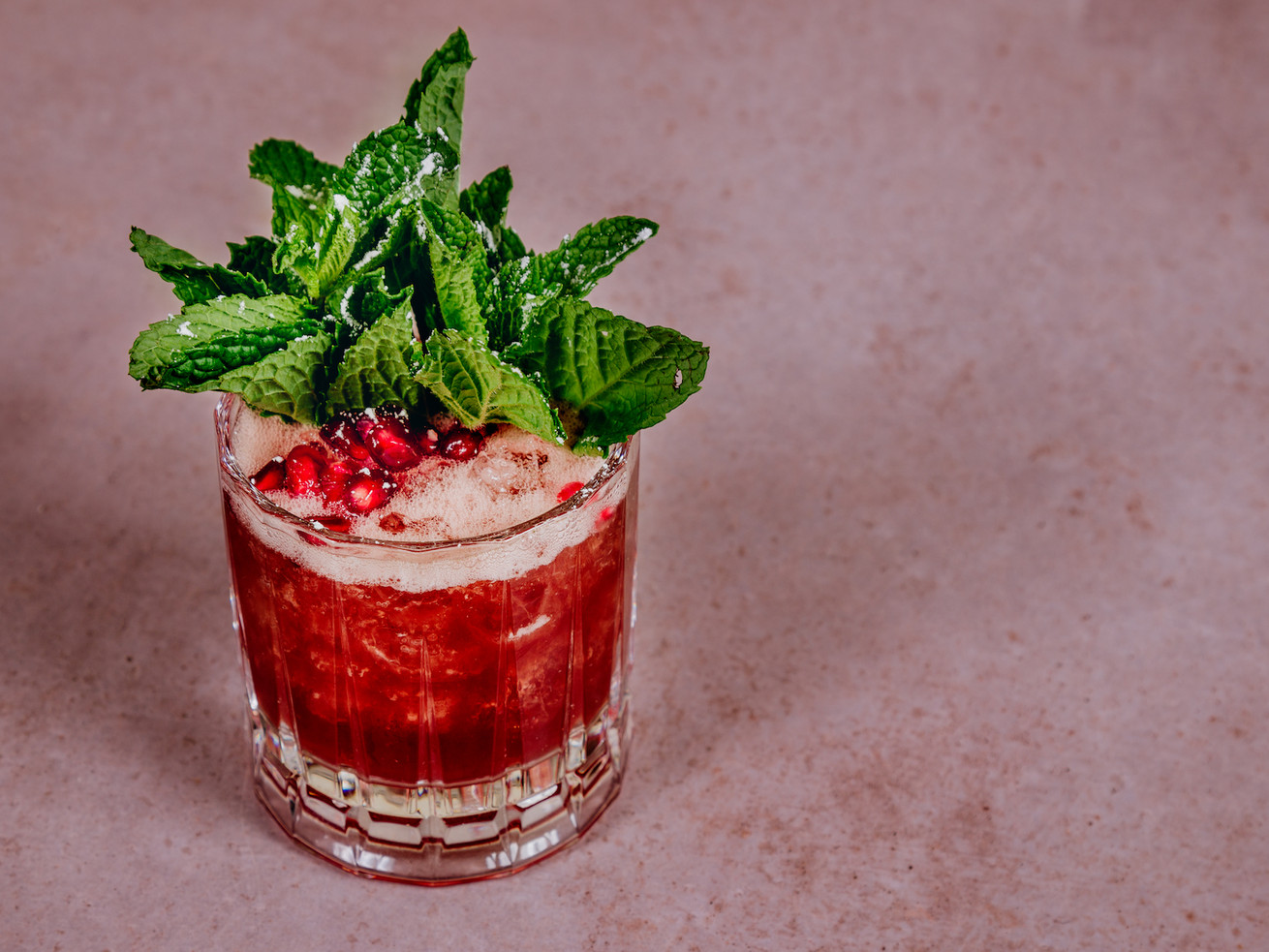 Jirasek is also chef at Old Habits at Ludlow Liquors, as the owners of that Avondale bar, Wade McElroy and Jeff Donahue — the co-creators of Heisler Hospitality bars like Estereo and Sportsman’s Club — continue to grow their company, Leisure Activities.

While Californians frolic in the sunshine, Chicagoans avoid snow plows and street salt. That perspective helps motivates Jirasek’s hyped menu full of dark-colored small plates like goth bread made with activated charcoal and leek ash. Jirasek’s challenging how brighter colors are perceived as a measure of freshness. He’s also trolling out-of-state visitors and writers who continue to chide how Midwesterners use seasonal ingredients. These critics compare the region to places like California, which don’t endure brutal winters or experience all four seasons. Things are different in Chicago.

That attitude carries a bit toward McKinley’s drinks. She’ll use edible garnishes like dehydrated rose petals and dried kiwis in syrup. Visually, the drinks are bright as a contrast. Young American will serve CBD-infused drinks as an alternative to alcohol. It was inevitable, but Chicago will see more CBD, a legal substance made out of hemp, pop up in food too. It doesn’t contain cannabis, the substance that makes users high. Bakers are already making cookies with it. McKinley (Lost Lake, Milk Room) knows the health benefits haven’t been clinically proven, but she’s all too happy to give drinkers an alternative to booze.

“For me, I love bar culture — I’ve been working at bars for a really long time,” McKinley said. “But there comes a point where alcohol is really unhealthy…I’m giving people another option.”

Finding a flavorless CBD powder that’s water soluble was difficult. CBD is most popular as an oil and that poses a challenge for bartenders. Eventually, McKinley found a supplier in Indiana. Emulsifiers, like egg white, help. But McKinley wanted to avoid the ingredient. She’s using aquafaba instead.

There are three spirit-free cocktails like the “Electric Eye” which is made with a pseudo-tea blend of lemon, oregano, dehydrated lemon peels, juniper berries, star anise, and cloves. It’s then mixed with lemon soda, fruit, and smoky lapsang souchong. Customers could add CBD infusions to these booze-free drinks. These CBD and spirit-free drinks were created so customers could avoid alcohol. If bartenders spiked them with booze as a customer’s request, they just wouldn’t taste right, McKinley said.

Alcohol hasn’t been ignored. McKinley’s mixed eight signature cocktails. “Ode to Bobby” is her twist on the classic Bobby Burns. It should satisfy Chicagoans who need something brown and stirred to survive the winters. For a lighter drink, McKinley recommends “Walk it Down” made with Absinthe and manzanilla sherry, mezcal, and vermouth.

As Illinois inches closer to marijuana legalization, Young American represents a youthful open-mindedness, or as Jirasek said, the “next logical step.” The chef also promised the kitchen will stay open late and customers could work up a little appetite by dancing. There’s room for a few moves and they’ll have DJs playing music on the weekends.

Check out the menus below and get ready for Friday as Young American officially opens in Logan Square.