Women-focused coworking space The Wing will open in Fulton Market 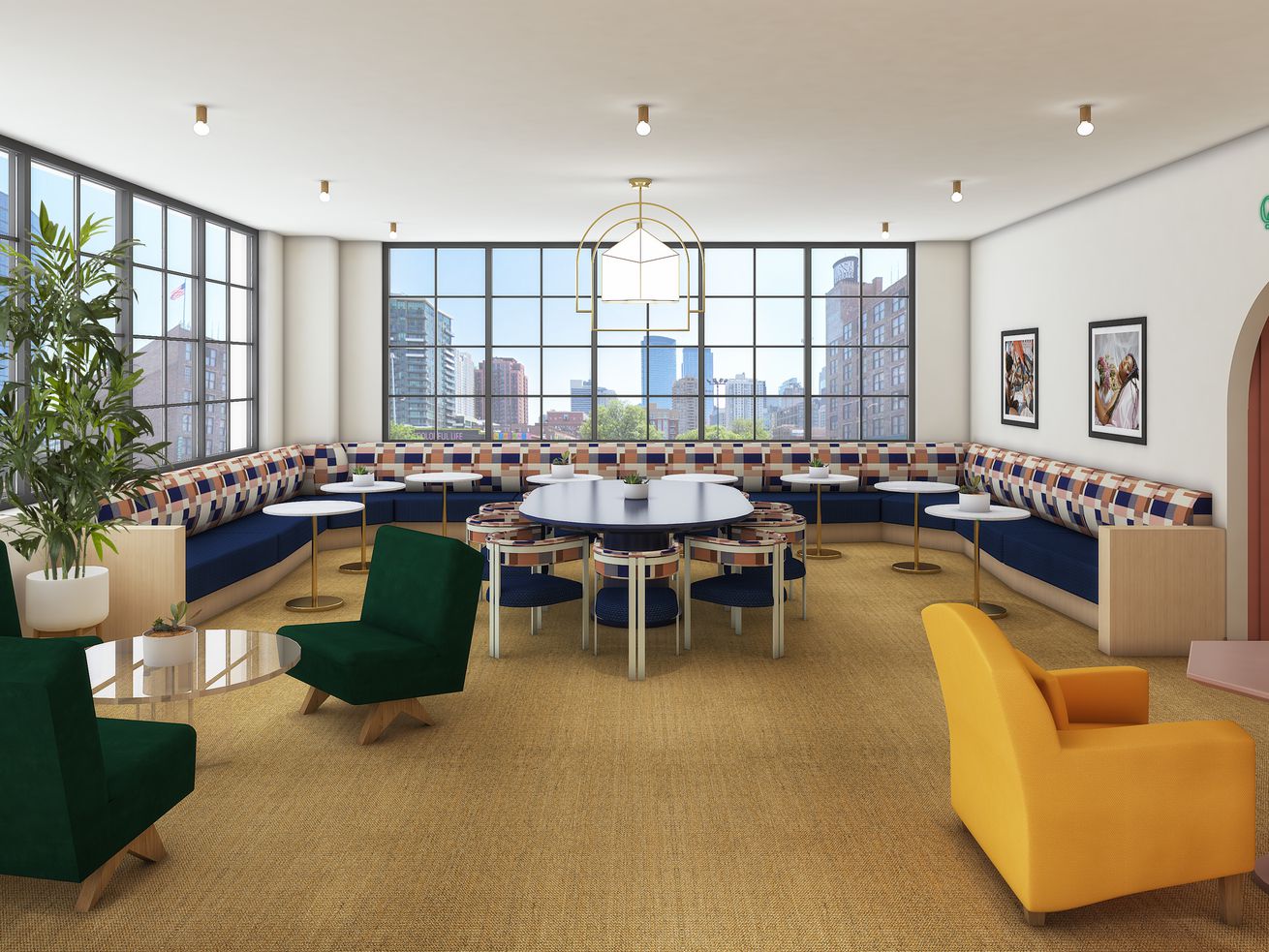 Tour inside the 9,000-square-foot space

The Wing, a new coworking space for women, released images of its Fulton Market space on Tuesday.

The women’s club is expected to open in March at 811 W. Fulton Street right near the neighborhood’s neon gateway sign. The organization first started in New York in 2016 and has since launched in Washington D.C. and San Francisco. This is the second coworking space just for women to open in the city, following EvolveHer which opened in River North at the end of 2017.

The 9,000-square-foot space has many of The Wing design hallmarks including modular furniture, gold light fixtures, brightly colored tiles, and a color-coordinated library. The Chicago space will have a lot of open space to work, private meeting rooms, a quiet room, bookshelves stocked with female-identifying and gender non-conforming authors, a cafe with food and drinks, a beauty room, and mother’s lactation room.

The space will also host events, workshops, and panels for members and guests—past events have covered topics like salary negotiations, writing elevator pitches, criminal justice reform, and skincare. Other Wing locations have hosted speakers like Alexandria Ocasio-Cortez, Tina Fey, Christiane Amanpour, and Venus Williams. Members have access to the space and all events, plus unlimited, free drip coffee.

If you’re interested in joining The Wing, you can apply for the Chicago location here. Membership is priced at $215/month or $2,350 annually. Membership with access to all locations costs $250/month or $2,700 annually.

The club will offer free two-year, full memberships as part of a scholarship program to people whose work supports important communities within Chicago. The Wing also prioritizes non-profit organizations in its cities—it has partnered or worked with Women’s Prison Association, Every Mother Counts, and Sanctuary for Families.