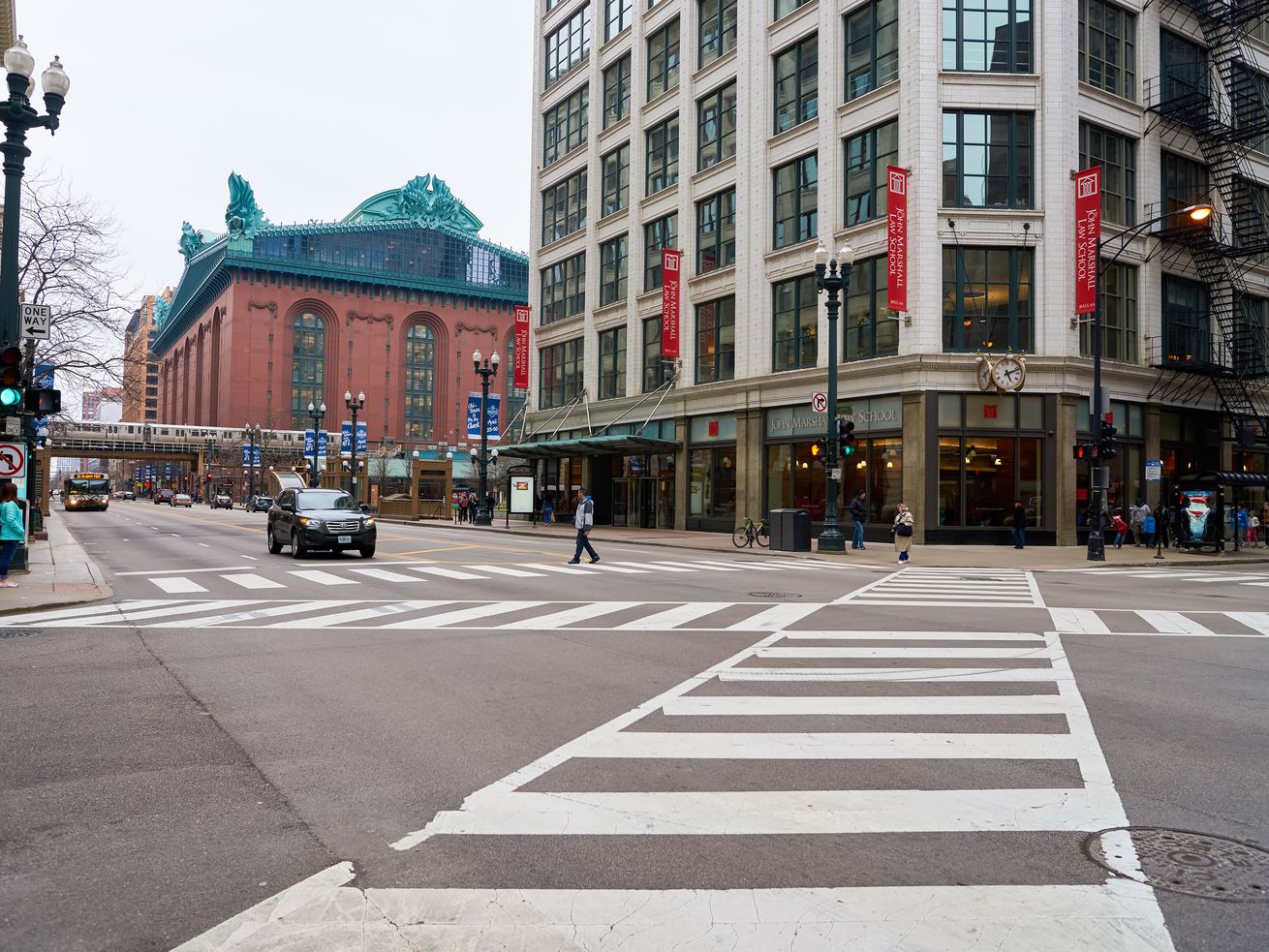 For Chicago’s residents who are blind or visually impaired crossing the street isn’t easy. Cars don’t always stop behind the crosswalk, timing is different depending on the time of day, and the routes can be straight, diagonal or cross multiple lanes. It’s complex and the noise of L cars overhead plus buses, people, and bikes only add what needs to be heard before it’s safe to step off the curb and into the street.

Sometimes crosswalks will have a beeping or buzzing that indicates when it’s safe to walk. Those sounds or vibrations are known as accessible pedestrian signals, sometimes abbreviated to APS. The American Council for the Blind (ACB) recommends the system for all cities but across Chicago there are currently only 10 crosswalks which have it installed.

While the city is lacking, the Mayor’s Office for People with Disabilities (MOPD) has plans to add at least another 50 beginning in late 2019 which will take several years to complete.

While ACB encourages the use of accessible pedestrian signals, the National Federation of the Blind doesn’t see it as the best option, according to their website. The difference in guidelines might explain why Chicago and other cities don’t all look the same when it comes to crosswalk accessibility.

One reason that NFB doesn’t fully back the system is that an audible noise isn’t necessarily helpful when it comes to traffic—often the beeping is actually too loud making it hard to listen for traffic incase something goes wrong. And, the system wasn’t designed by people who have vision impairments.

However, in certain types of intersections, accessible pedestrian signals can reduce quite a lot of stress for those with vision impairments.

Sandy Murillo, 31, works as a development assistant at the Chicago Lighthouse, a nonprofit for the blind and visually impaired. Blind since childhood, she said that while she’s used to listening for cars, she often feels hesitant to cross.

“That’s the standard that they teach you, because at the moment there isn’t APS all over the place,” she said. “There are times when it can feel uneasy. When it’s raining or windy, you can’t always hear the sounds of the traffic. When you can’t see, you might accidentally veer into the street. Even if you have a severe head cold, it messes with your balance and hearing, which causes you to be more likely to veer.”

MOPD Commissioner Karen Tamley said that her department is working with the Chicago Department of Transportation (CDOT) to add more accessible pedestrian signals.

Tamley said the placement of accessible pedestrian signals will be strategic, and it fits into the city’s wider pedestrian safety initiative.

“We’re looking at streets that are hard to cross, such as 5-way intersections, streets where there may be ambient noise, like where there’s a rail overhead, and places where it is more difficult to hear traffic,” she said. “And also places around public transit and around blind service organizations.”

MOPD and CDOT have seven confirmed locations for accessible pedestrian signals to be installed. Several are near St. Ignatius College Prep and the Museum of Science and Industry. The intersections are:

Greg Polman, senior vice president of public policy at the Chicago Lighthouse, serves on the Mayor’s Task Force for Employment for People with Disabilities.

Polman said installing accessible pedestrian signals isn’t the only audible enhancement Chicago can install to help people navigate the city. He wants buses to audibly say their route when they stop and open. Though some routes currently do this, Polman said consistency would be appreciated.

“When you’re on the bus, they’re good at naming the stops, but they don’t always necessarily call out which bus or train it is,” he said.

However, Polman said that compared to other cities, Chicago is very accessible.

“Chicago ranks up in the top as far as accessibility,” he said. “It’s laid out in a grid, and that makes it a lot easier for someone who is blind or visually impaired to walk the streets, and the transportation within the city is very good.”

Tamley said she wants Chicago to be a city accessible to all, and has led MOPD’s All Stations Accessibility Program, which includes plans to make all rail stations handicap accessible.

“We’re trying to really up the accessibility so that people with all types of disabilities can get around Chicago, not only downtown but also in the neighborhoods.”