Why are Chicago hotel workers on strike? 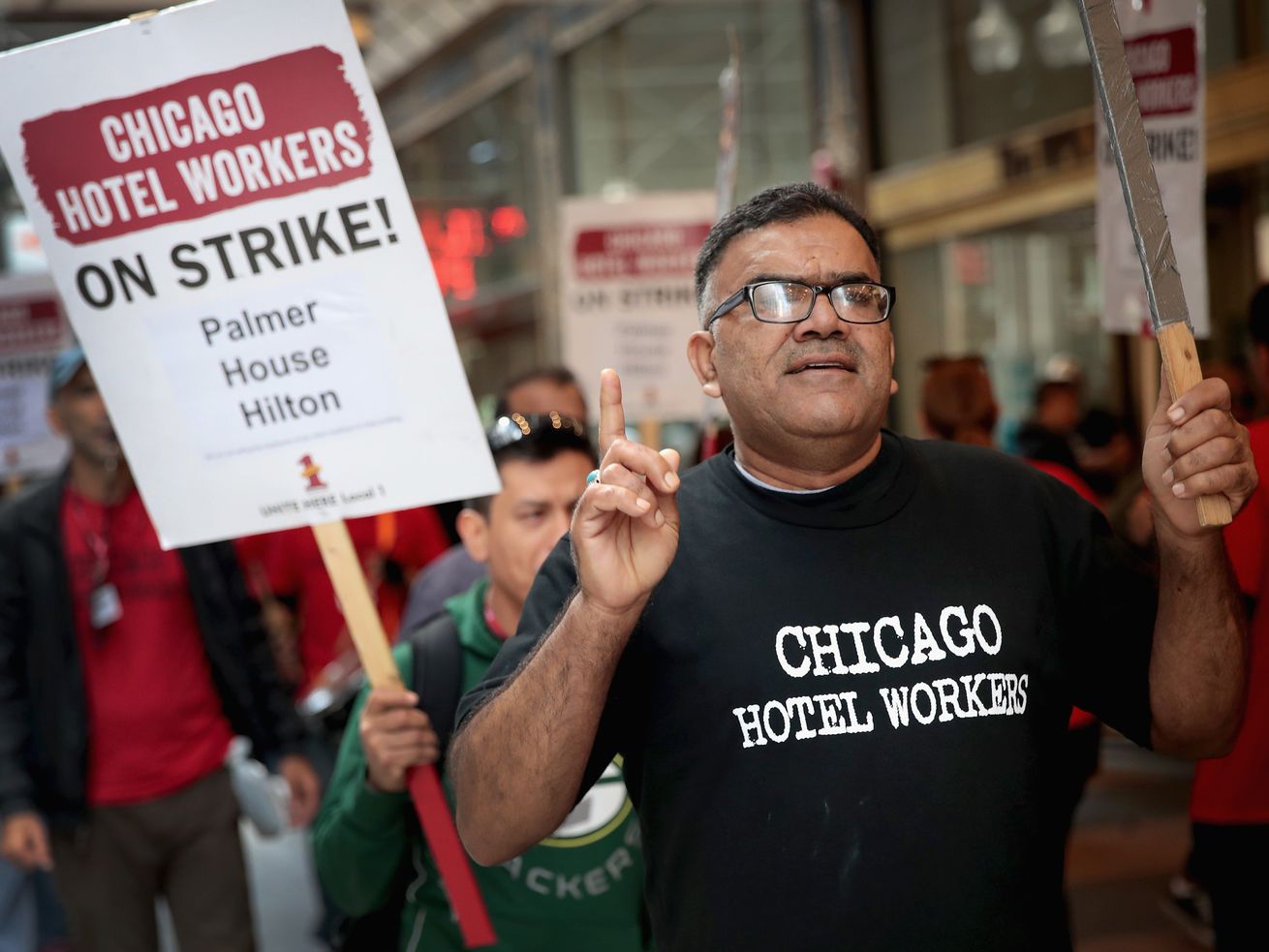 In the first citywide hotel strike Chicago has experienced, 26 hotels are without housekeepers, doormen, cooks, bartenders, and attendants. The strike began on Friday, September 7 with 25 hotels, and the following Monday workers at Cambria Hotel walked out on their shifts to join the strike.

The workers are part of a union, UNITE HERE Local 1, and initiated a strike after contracts covering 30 hotels expired at the end of August. The union called a strike to demand better health insurance coverage for employees.

Which hotel workers are on strike?

Hotels on strike include the Drake Hotel, Hyatt Regency McCormick Place, Hilton Chicago, Holiday Inn Mart Plaza, JW Marriott, Palmer House, Ritz-Carlton Chicago, W Chicago Lakeshore, Sheraton Grand Chicago, Warwick Allerton, and Westin Michigan Avenue. The complete strike list can be found on the union’s website. Hotels that are part of the union but currently not on strike are Fairmont Chicago, Hotel Raffaello, Park Hyatt Chicago, and Tremont Chicago Hotel at Magnificent Mile. Employees at each hotel vote on whether or not to join.

Why did workers go on strike?

After about a week of negotiations, a strike was called to secure health insurance for hotel staff that is laid off in winter when business is slower. Employees say they’ve had enough of management eliminating positions in the winter and piling more work on the staff that’s left.

“…I still need my diabetes medication when I’m laid off. Nobody should lose their health benefits just because it’s cold out. Full-time jobs should have year-round benefits,” said Q. Rivers, a house attendant at the Palmer House Hilton in a statement. “They work us like dogs when it’s busy and then kick us to the curb in the winter.”

What is the solution?

Three parent companies manage the bulk of hotels involved—Hilton Hotels and Resorts, Hyatt Hotels, and Marriott International. Ideally, one of these companies would come to an agreement with the union creating an example for others to follow, according to the Tribune.

Some hotels have expressed that the strike was premature and happened too early in the negotiations. The union is still in the process of submitting an initial bargaining proposal, according to the newspaper.

How long will the strike last?

So far staff from 26 hotels have been on strike since Friday, September 7. The union is still in negotiations regarding the issue of year-round healthcare for its workers and there isn’t a set time for the strike to end.

Those on strike don’t get paid for missed shifts. To help workers with financial strain, the union does give out a $300 weekly benefit for workers who register.

Hotels are feeling the strain—some restaurants have closed and guests report long check-in lines and unmade rooms. One worker told the Chicago Tribune, “It’s going to be a long fight.”