Where to Eat at Chicago Midway International Airport (MDW) 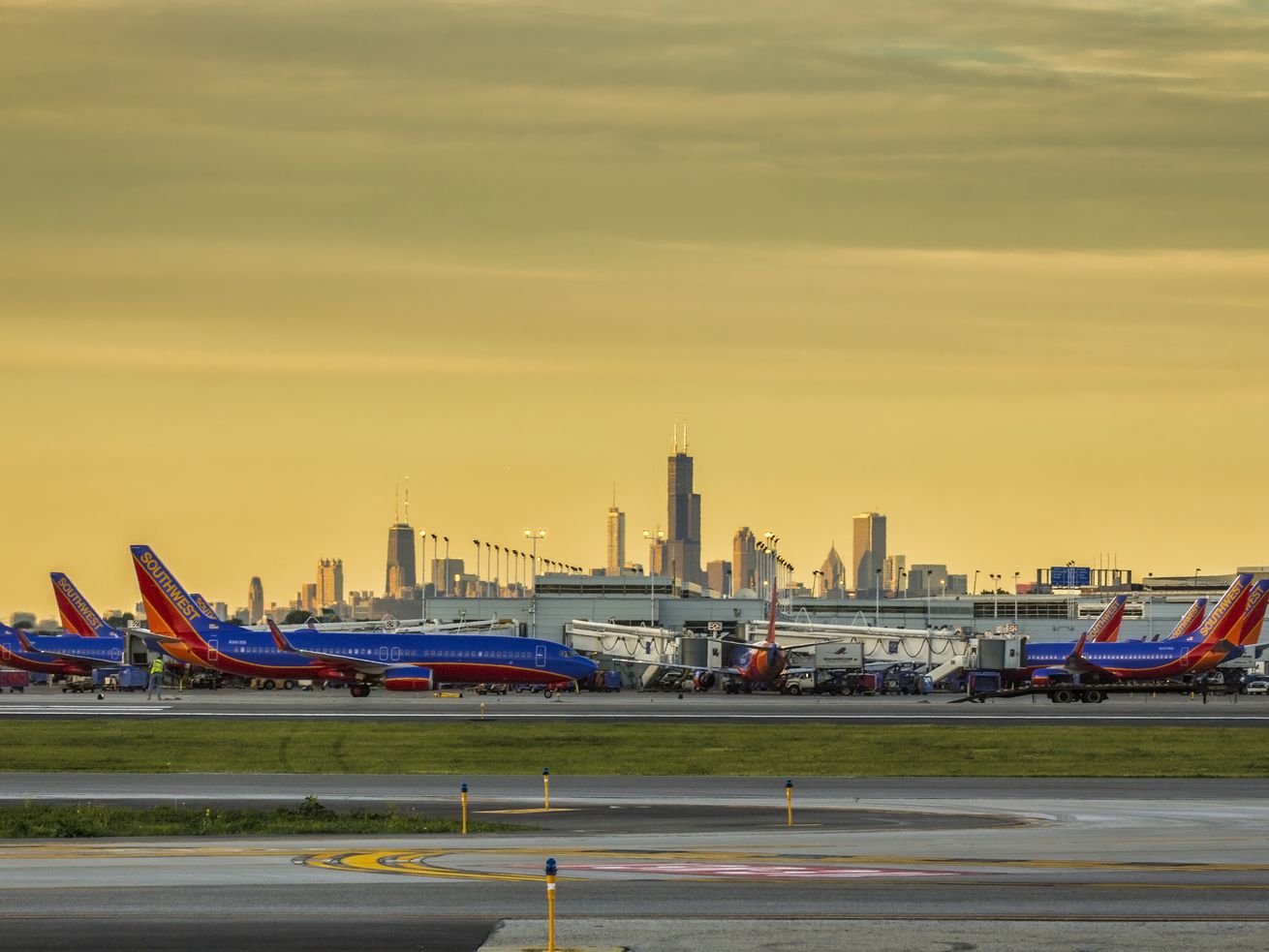 There are dining changes aplenty at the South Side hub

Midway International Airport is in the midst of a massive dining overhaul. As part of a $75 million renovation project, the South Side travel hub now boasts a food court and multiple new vendors, many of which have local ties. There were some casualties, though: Potbelly, Manny’s, Ben & Jerry’s, Lalo’s, and other longtime favorites have all departed Midway. A new airport concessions operator is under contract and forthcoming additions, like R.J. Grunts and Hubbard Inn, should help ease those losses. Keep on reading for Eater Chicago’s guide to Midway.

Arami: One of the city’s best sushi restaurants has landed at Midway. Ty Fujimura’s West Town spot is among the tenants at the new food hall inside Concourse A. Grab some maki rolls to go or sit at the counter, sip on sake, and watch chefs carve up fresh fish. (Concourse A Food Hall)

Big & Little’s: Tacos are the ideal handheld bite for those on the move. This popular Chicago eatery with four locations is best known for its seafood offerings. Travelers can get their tortillas filled with shrimp, fried fish, or meats like carnitas and al pastor. The restaurant also sells its popular ahi poke taco featuring sashimi-grade tuna in a hard shell. (B14)

Billy Goat Tavern: Midway is in White Sox territory but this iconic burger joint, steeped in North Side lore, makes an appearance at the airport. Enjoy the famous no-frills “cheezborgers” or a pint of beer while waiting to catch a flight. (Concourse A Food Hall)

Porkchop: Have a Southern-style feast by chowing on racks of ribs, tender pulled pork, barbecue chicken, and more at this local smokehouse chain. The hearty meats will likely be followed by a long nap on the plane. (B14)

Woodgrain Neapolitan Pizza: Chicago is a deep dish or tavern-style pizza kind of town but flyers can get a taste of the Naples specialty before departing, courtesy of this suburban pizzeria. (Concourse A Food Hall)

Cafe L’Appetito: The Italian chain has locations downtown and in Lakeview. Before that it had an outpost inside the John Hancock Center. What does that mean? It means the staff knows how to deal with crowds. It also means bagels are toasted properly, bacon is crisp, and service is fast. These are qualities not to be overlooked when travelers don’t want a sit-down meal, but don’t want a grab-and-go sandwich either. (Main Terminal Central Market)

Go-Go White Sox Grill: The White Sox are rebuilding on the diamond, but construction on the team’s first restaurant away from Sox Park has been completed. It replaces Harry Caray’s on Concourse B and offers a tribute to Chicago’s South Side baseball squad. It serves breakfast, sandwiches, flatbreads, and a selection of local beer. See the menu here. (Main Terminal Central Market)

DeColores: A breakfast burrito can be a wonderful traveling companion. DeColores serves travelers a taste of Pilsen. It sells chips and fresh guacamole, burritos, tacos, and more. (Main Terminal Central Market, A7)

Home Run Inn Pizza: The venerable pizza chain has a location at the airport in the main terminal. Nowadays, most people know the brand from its frozen pizzas. But Home Run Inn is an iconic South Side staple that slings a variety of pizzas by the slice. (Main Terminal Central Market)

Tabo Sushi: Chef Takashi Yagihashi continues to expand his brand. He has an outpost of his sushi project at Midway, which concentrates more on grab-and-go items. Find California rolls and the such, plus nice pieces of sashimi here. (Main Terminal Central Market)

Reilly’s Daughter: This Irish pub has a new location inside the Concourse A food hall. Belly up for some fish and chips alongside Jameson, Guinness, Smithwick’s, or a breakfast Bloody. The incredibly friendly bartenders have even been known to pour drinks into a “to-go” cup. (Main Terminal Central Market, Concourse A Food Hall)

Gold Coast Dogs: Looking for an authentic Chicago-style hot dog? Here it is. Don’t worry about the whole “no ketchup on a hot dog” rule, but prepare to get a few harsh stares from some folks. (Main Terminal Central Market)

Pegasus on the Fly: Pegasus is one of the holdovers from before the renovations. Although the longtime Greektown restaurant closed in 2017, it lives on at Midway. Grab a spinach and feta pie, gyros, chicken kabob, classic Greek salad, and more. Breakfast is served, too. (Main Terminal Central Market)

HVAC Pub: There’s a taste of Wrigleyville down on Concourse B. HVAC is a full-service restaurant with plenty of beer, as well as sandwiches and salads. There are also breakfast options. It’s a good sit-down spot for those who have more time. (B19)

Tap & Pour: Tap & Pour is a quintessential airport bar. If student tour groups bug travelers, this is where they can escape the youthful annoyances. (B5)

Dunkin’ Donuts: Part of the upgrades include new Dunkin’ kiosks spread through the three concourses. Chicago runs on Dunkin’ and patrons can pour their own coffee and grab a doughnut. Just hope that there’s coffee in the dispensers, as the coffee is brewed elsewhere and it may take time for the staff to refill. (Main Terminal Central Market, Concourse A Food Hall, B14, B20, Baggage)