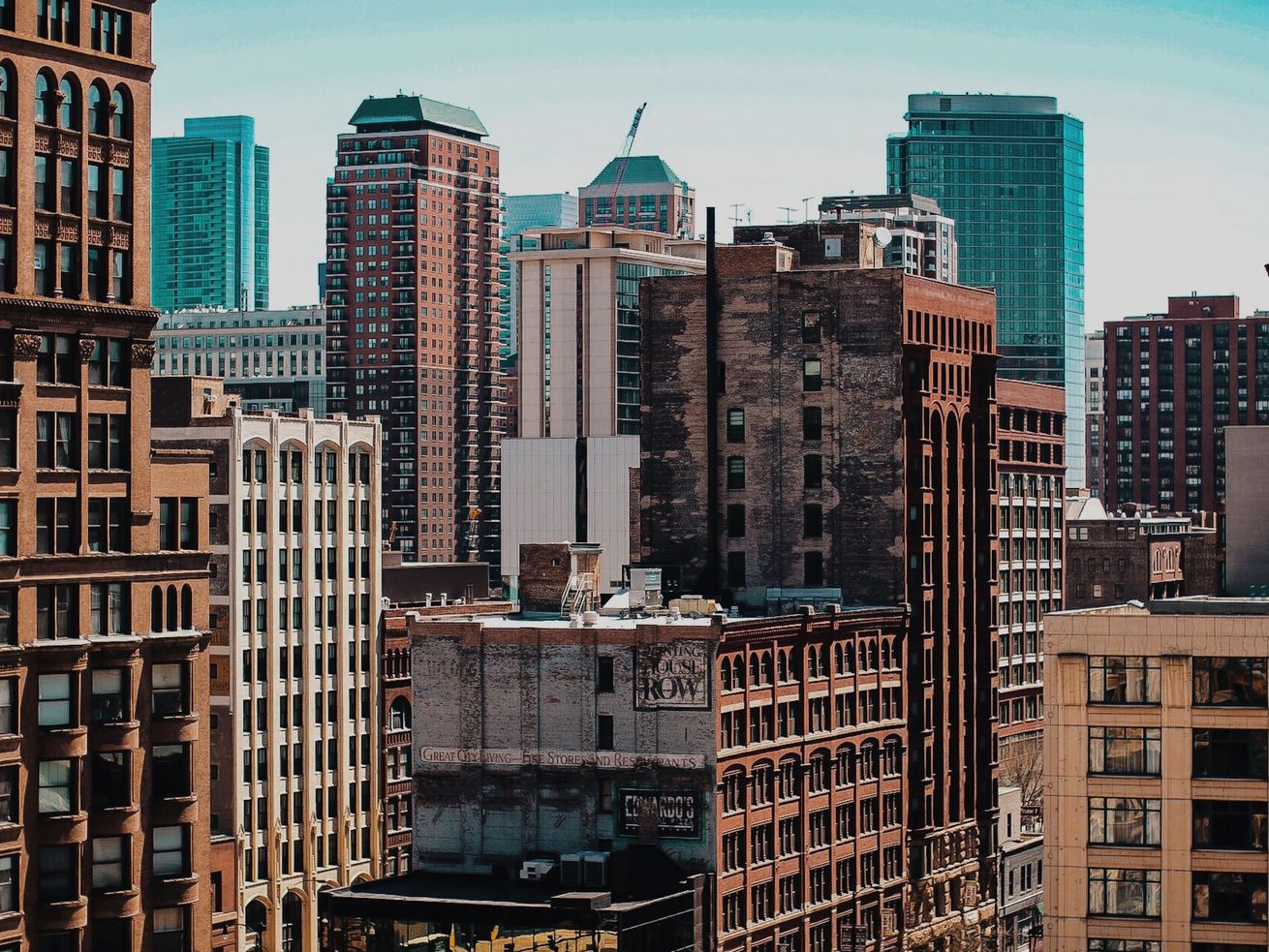 How does shared-space living work in the middle of a pandemic?

In the West Loop, Sai Cheekireddy lives in a residence managed by the coliving company Quarters. As a DJ, he plays music for most of the building’s community events, but since the novel coronavirus pandemic has spread he’s waiting everything out in his apartment.

Management at Quarters canceled the building’s community events and posted notices in the elevator about the closure of common lounge areas on Tuesday. The building’s gym was still open, with an additional supply of Purell hand sanitizer, wipes, and gloves, but on Wednesday morning that space closed, too.

“It’s nice of them to take those steps so that no one is exposed to the virus unnecessarily,” he says. “My first reaction was that I was bummed but I totally understand where they’re coming from.”

Cheekireddy, 26, is taking the news in stride: Playing board games the building provided, ordering food in, and quarantining together, he says. But, it’s clear that not all tenants feel comfortable in such an uncertain time. Cheekireddy has three roommates, and two of them left to stay with family in the suburbs.

Coliving—essentially a dorm-like apartment that has a private bedroom with other shared spaces—is ideal for new Chicago residents. Coliving is different than living with roommates, the buildings typically have a stacked calendar of events geared toward young professionals like happy hours and movie screenings. Rent is usually more affordable than finding a place on your own in the same neighborhood and it includes utilities, internet, furniture, weekly cleaning services, and kitchens that come stocked with utensils and cookware.

The living situation can offer a much needed community, especially in uncertain times, but there are also unavoidable challenges. For one, it’s hard to quarantine if you share a bathroom and kitchen with a handful of other people. And, a laundry room with an entire building. But unlike other roommate situations, tenants in coliving building only have a private bedroom and some rely on the building to provide cleaning supplies and toilet paper. When communal areas like lounges and gyms close, that means living space gets much smaller than a typical rental apartment, too.

Shiv Chibber, 25, lives in a four-bedroom apartment in Wicker Park operated by the coliving service Bungalow. Unlike other major coliving services, Bungalow works directly with homeowners to turn their properties into shared-space living arrangements. As far as roommates go, Chibber really lucked out, he says. Not only does everyone get along, but one of his roommates, Stephanie Waterman, 25, became his girlfriend.

“We all really like each other and they’ve provided great company during this scary time. We’ve started to cook together and take the time to be together. We’re doing the things we used to be upset we didn’t make time to do before,” says Waterman.

Waterman and Chibber live near a Jewel-Osco in their neighborhood, and they can actually see when deliveries are made. While the grocery store has been packed, there is fresh produce available and dry goods on the shelves. And, as for the highly coveted toilet paper? Chibber jokes he’ll be the first to know when that arrives.

He added, “We are struggling with how to be safe day-to-day but we are all taking it one step at a time, together.”

While Chibber considered going home to his parents who live in the suburbs, he ultimately decided it was safer in his apartment with roommates who are all in their 20s.

“I wouldn’t want to get my parents sick, who are in their 50s, or my grandmother sick, who is in her 80s. We all feel like the best-case scenario is none of us get sick and worst case, if we do, we figure we’re young and healthy and can fight it,” he says.

Bungalow has taken extra precautions like canceling all non-essential maintenance requests until further notice and it has postponed weekly cleanings through March 27. As for new tenants signing leases, there’s more move-in flexibility. Usually new residents get a complimentary board game, but Bungalow has stopped gifting those temporarily.

While Chibber used Bungalow to find his apartment, there are a couple larger coliving operators that have tenants in mid- to high-rise buildings. Common is one of the largest in Chicago, it has opened six residences with hundreds of beds. It’s latest project turned the upper floors of the Loop’s Clark Adams building into a coliving space. Another company, Quarters, manages a coliving property in the West Loop and also owns the largest coliving building in Fulton Market with 175 beds.

Similar to college dorms, which have been closed and vacated across the country, there are a lot of shared spaces that need constant cleaning. However, coliving companies offer cleaning services and some buildings supply items like paper towels, dish soap, hand soap, and toilet paper. At Common’s residences, tenants are getting an increased delivery of these necessities per week—6 rolls of paper towels, 2 soap dispenser refills, and 8 rolls of toilet paper.

At Quarters, residents buy toilet paper and cleaning supplies themselves. They also do laundry in shared space, which the building has kept open. If any resident thinks they are sick with the novel coronavirus, the company asks that they email the building’s community manager so the proper precautions can be taken, according to a notice residents received. Even before the West Loop Quarters building sent out alerts to residents, Danni Lynn Fountain left her apartment there.

Fountain, 26, works for Google, which was one of the first companies in Chicago to close its offices and mandate employees work from home. That day she said goodbye to her four other roommates.

One of her biggest concerns was the international make-up of the building’s tenants, she says. She worried about a higher number of moves with short-term leases and living with residents who travel frequently. Plus, her apartment at Quarters doesn’t have a living room—just a shared kitchen, bathroom, and narrow hallway leading to other bedrooms.

“For my own mental health, I am now staying in my boyfriend’s normal roommate situation where we can be in a number of spaces and not confined to a bedroom,” she says.

Fountain was also extremely worried about the cleanliness, which typically is “tolerable” but in a pandemic situation would be “detrimental.”

“Coliving, in general, is freaking phenomenal but I had to remove myself to a cleaner situation. I could not live in a place where people leave their trash in the hallway or urine on the wall when they miss the toilet. It’s an adult dorm room,” she says.

Built in 1927, the Clark Adams Building is Chicago’s tallest all-brick building. Years of mismatched masonry repairs give it a patchwork appearance. | Getty Images/iStockphoto…

A rendering of 123 W. Chicago Avenue. | DLR Group/River North Residents Association The transit-oriented development will replace a single-story currency exchange at Chicago and…

Bungalow COO Justin McCarty and CEO Andrew Collins with a unit advertised by Bungalow in Bucktown and Wicker Park Bungalow, a San Francisco-based startup that…

The projects would replace the parking lots at 410 S. Wabash Avenue and 633 S. LaSalle Street Already of abuzz with construction, Chicago’s South Loop…