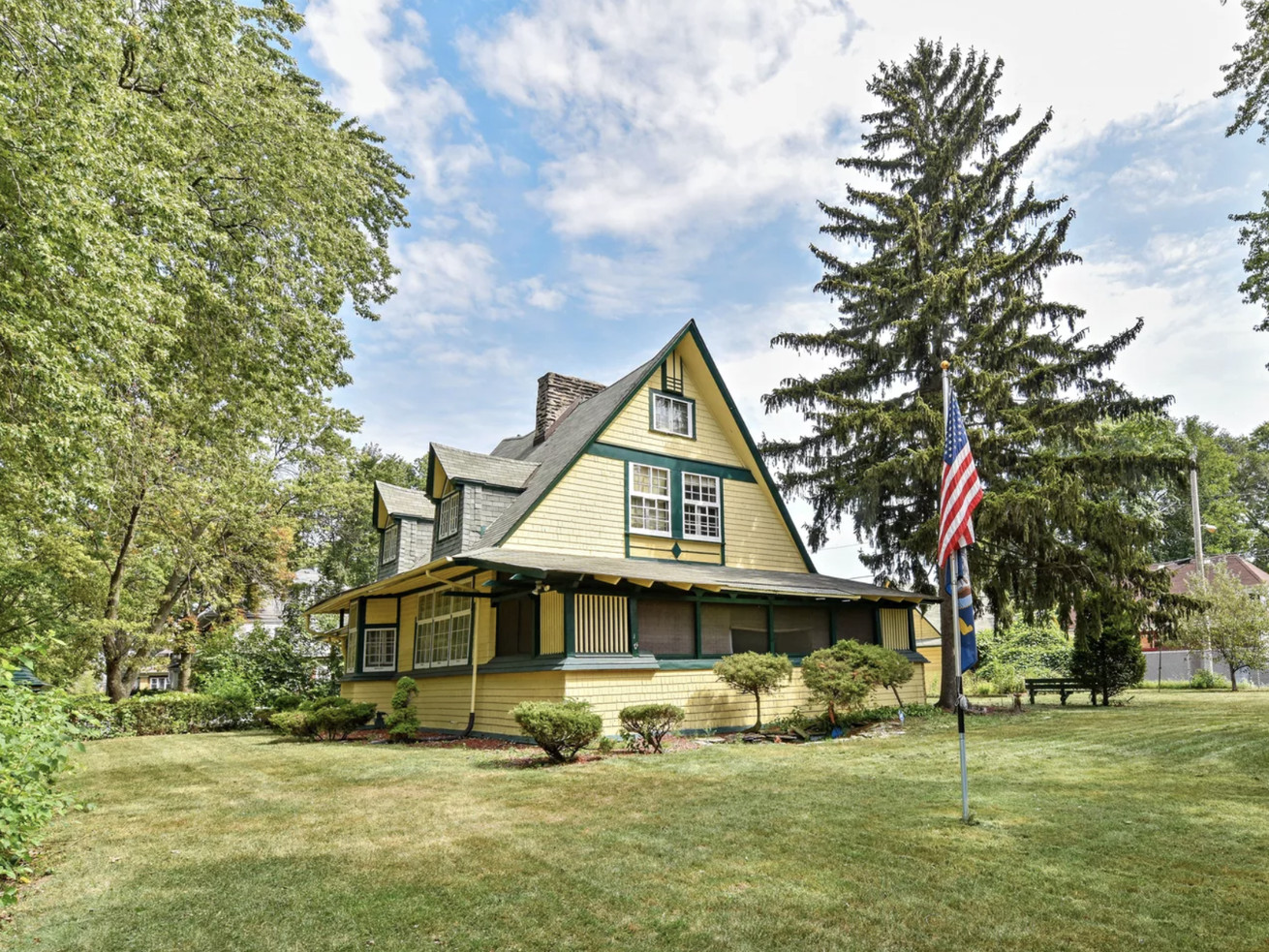 In West Pullman, an architecturally unusual—but characteristically slow-to-sell home—designed by Frank Lloyd Wright is finally under contract to sell after spending three years on and off the market.

Known as the Foster House and Stable, the South Side property was designed in 1900 as a summer residence for local real estate attorney Stephen Foster. Unlike the flat roofs, overhanging eaves, and broad horizontal lines of Wright’s better-known Prairie School style, the Foster House features a Japanese-influenced design with a steeply pitched roof with upturned corners.

Although the structure was designated an official Chicago landmark in 1996, the five-bedroom residence is a bit of a fixer-upper and will likely need some TLC. It also appears to have little in the way of original interior details—save for an arch-shaped brick hearth and wood trim in the living room, dining area, and foyer.

Like many Wright-designed homes, the Foster House has been slow to sell after hitting the market in April 2017 for $239,900. It reduced its asking price no less than seven times before finally settling at $145,000 in early March of this year. Listing agent Armond Boulware of Coldwell Banker could not be reached for immediate comment regarding the home’s pending contract.

The architecturally significant residence has been on and off the market since 2010 After eight years and more price cuts than we care to count,…

There’s no better place to observe the architect’s evolution Before Frank Lloyd Wright became an internationally-recognized name in the world of design, the architect spent…

The residence at 1019 Chicago Avenue was built in 1892 and is considered one of Wright’s “bootleg” homes. | Photos by VHT Studios, courtesy Saretta…