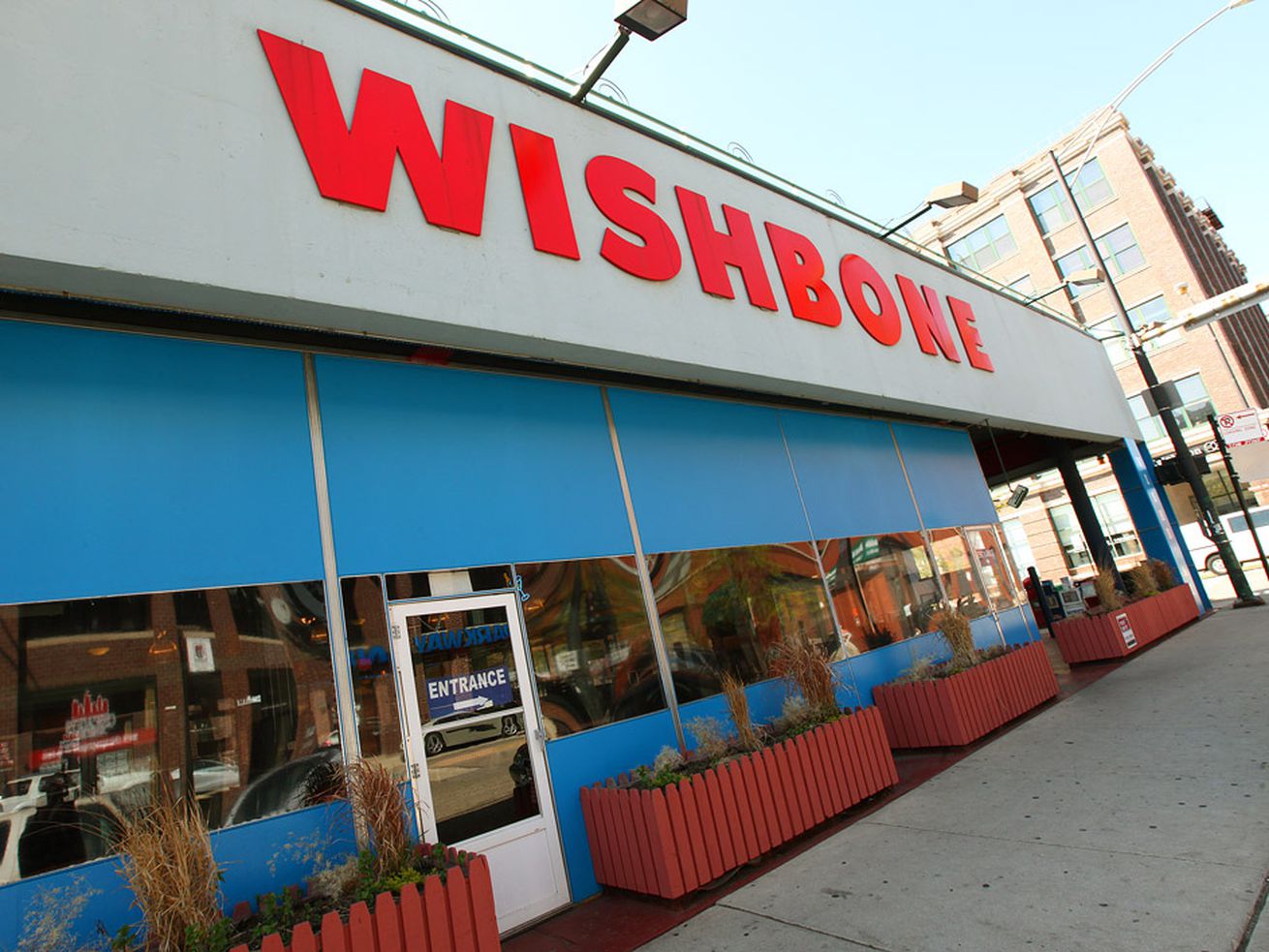 The comfort foods will remain, but expect a malört cocktail and more changes to the drink menu

For more than two decades, Chicagoans — including the staff behind the Oprah Winfrey Show — knew what to expect from Wishbone in the West Loop. The formula was simple: American comfort food in a family-friendly environment that wouldn’t break the bank. That philosophy won’t change when ownership opens its new location near the corner of Jefferson and Randolph, but there are a few changes to expect as Wishbone leaves a space where it spent 26 years.

October 29 appears to be the opening date at 161 N. Jefferson Street, but it’s not finalized. Crews have given the former Bin 36 wine bar space more than a facelift. The space is a little smaller than the restaurant at Washington which closed on October 14. The layout’s a little different from the previous tenant. Eventually, it’ll offer morning carry-out orders at the host stand. Co-owner and chef Joel Nickson wants customers to know it’s not morphing into a fine dining institution. Nickson co-owns the restaurant with Julie, his wife.

“We are, and always have been, a hard-working restaurant,” Joel Nickson said.

Wishbone started out as a somewhat fancy option in the area, with beat cops stopping by and giving Nickson grief about how it was upscale compared to the other options. Almost 30 years later, Wishbone is now considered the affordable option as Boka Restaurant Group, One Off Hospitality, and others companies dominate the area. That corporate presence has raised rents in the area and forced Wishbone to search for a new home. The CTA owns the new location, and they were eager to broker a deal.

Nickson described his new menu as a “best of” of what Wishbone has offered throughout the years. Gumbo, soft-shell crab (when in season), and a fried chicken sandwich are some options. There will be some small changes. For example, the shrimp and grits will now come in two sizes. Millenials like options and flexibility.

The restaurant has always had vegan and gluten-free options. Ownership just never labeled or marketed them as such. Management will try to do a better job of letting customers know about those options at the new location. The menu standbys like short rib will continue. The cost of short ribs have surged in recent years as more and restaurants serve them. For Wishbone, it’s not a case of adapting the menu toward trends. Nickson said he’d put his short-rib up against any other restaurants.

The Nicksons hired J.J. Schiappa, a former consultant, who will handle the bar program and operations. Wishbone will still serve classic cocktails, but Schiappa is liven up the bar list. He’s working on a drink with malört, a take on the Corpse Reviver No. 2. Given Chicago’s love of malört, the name incorporates the city’s area code: Corpse Reviver 312. Schiappa is also working on some brunch cocktails. They’ll serve Rare Tea Cellar products.

There have been other incarnations of Wishbone — on Grand Avenue and in suburban Berwyn. Nickson and his brother operated Wishbone in Lincoln Square (known as Wishbone North), but now Guy Nickson runs the restaurant by himself.

Wishbone was also a popular spot for before and after United Center events. Now that the restaurant is moving a half-mile east, Nickson hopes fans will continue to use Wishbone for their pregame dining needs. But even the United Center is trying to keep customers. Earlier this year, arena management opened a restaurant open to the public.

Nickson joked that the West Loop owed it all to Oprah Winfrey, as Harpo Studios — where her show was recorded from 1990 to 2011 — transformed the area. He would see Winfrey’s crew dining at Wishbone regularly. But even without Oprah, Wishbone has survived. The Nicksons are now prepared to embark on a new journey with more of their staff intact.

“I will miss Washington, it was our corner for a long time,” Nickson said.