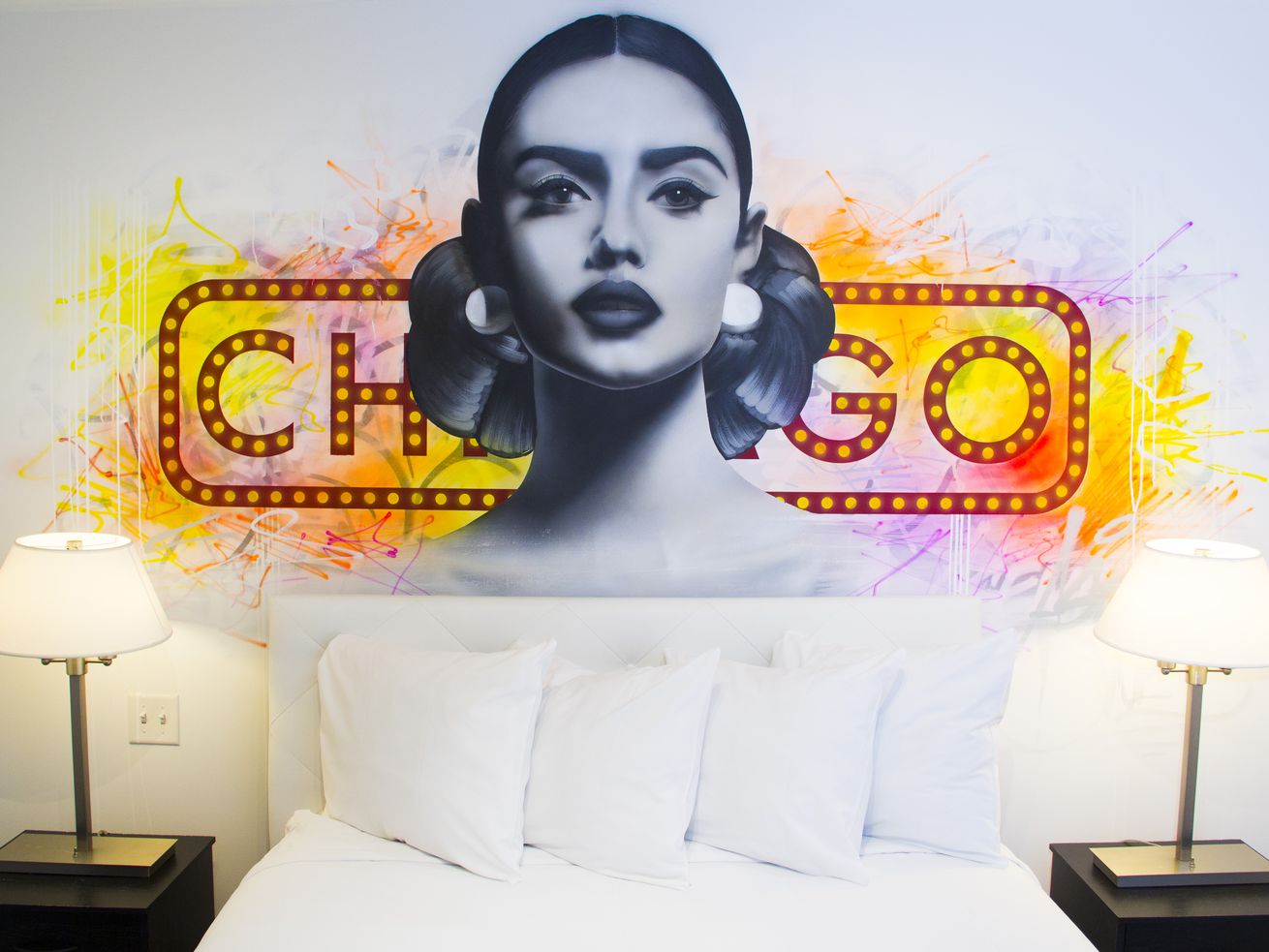 When you live in a city bursting with creative street artists and muralists, there’s no need for uninspired, generic art prints. Hotel Chicago West Loop is taking advantage of the city’s local artists by commissioning them to give each guest room a creative transformation.

“I wish more hotels would do things like this. When you go to a new city, part of what I like seeing is all the local artwork of local artists,” said Brandin Hurley, one of the Chicago artists selected for the project. “I feel like you get a really good sense of who the people in the city are by looking at the local artists. [Hotel Chicago is] really bringing that right to you.”

In the past year the hotel, located at 1622 W. Jackson Boulevard, has hired five artists to create six murals in six guest rooms and the hotel is planning more. The hotel’s art initiative, The Annex, began with a private collection from Helmut Horn, an artist and hotelier. The permanent collection lines the walls of the hotel’s lobby and continues on the second and third floors. It includes Horn’s photographs and other art he has collected.

“I don’t know any hotels that are doing this. I know a few hotels have art, but we are trying to position ourselves as a gallery,” said Juan Monroig, the hotel’s general manager.

Hotel Chicago is excited about going further with the initiative and reflecting the community through art, said Jennifer Decarlo, the hotel’s art director. The space needs to “be both a sanctuary and have a hip, edgy center,” she said.

Earlier this year, the hotel put out a call and ultimately chose JC Rivera and Asend for the first two guest room murals. It was such as success that the hotel commissioned Asend and three more Chicago artists, Elloo, Brandin Hurley, and Josh Grotto to do four more murals. The hotel has plans for at least two murals per year, eventually spreading art to every room on the first floor.

Artists were asked to draw inspiration from Chicago but that was it, each had the freedom to design something special.

“The people were just really super supportive of us coming here, painting on their walls, and trusting us. That really just gave me confidence to paint comfortably.” said Elloo. Her bright artwork features monster characters that are an extension of the artists personality and evoke the feeling of sweet dreams and magic.

One of the most exciting parts of the project for Asend was being able to leave his artwork in such an intimate space, as opposed to a building’s exterior wall. “We’re able to do what we do outside on the inside of a guest room,” he said. “When people stay overnight they see artwork in their face, right next to their bed.”

Recently the hotel celebrated the four new murals with a reveal party, but if you really want to see the art hotel staff will let you take a peek if the rooms are unoccupied.

“This is a cultural space in the hotel that reflects the community,” said Decarlo. “It is open to the public. You can come to the receptions. You can come on your own and present yourself. This is our community. We want to show it.”