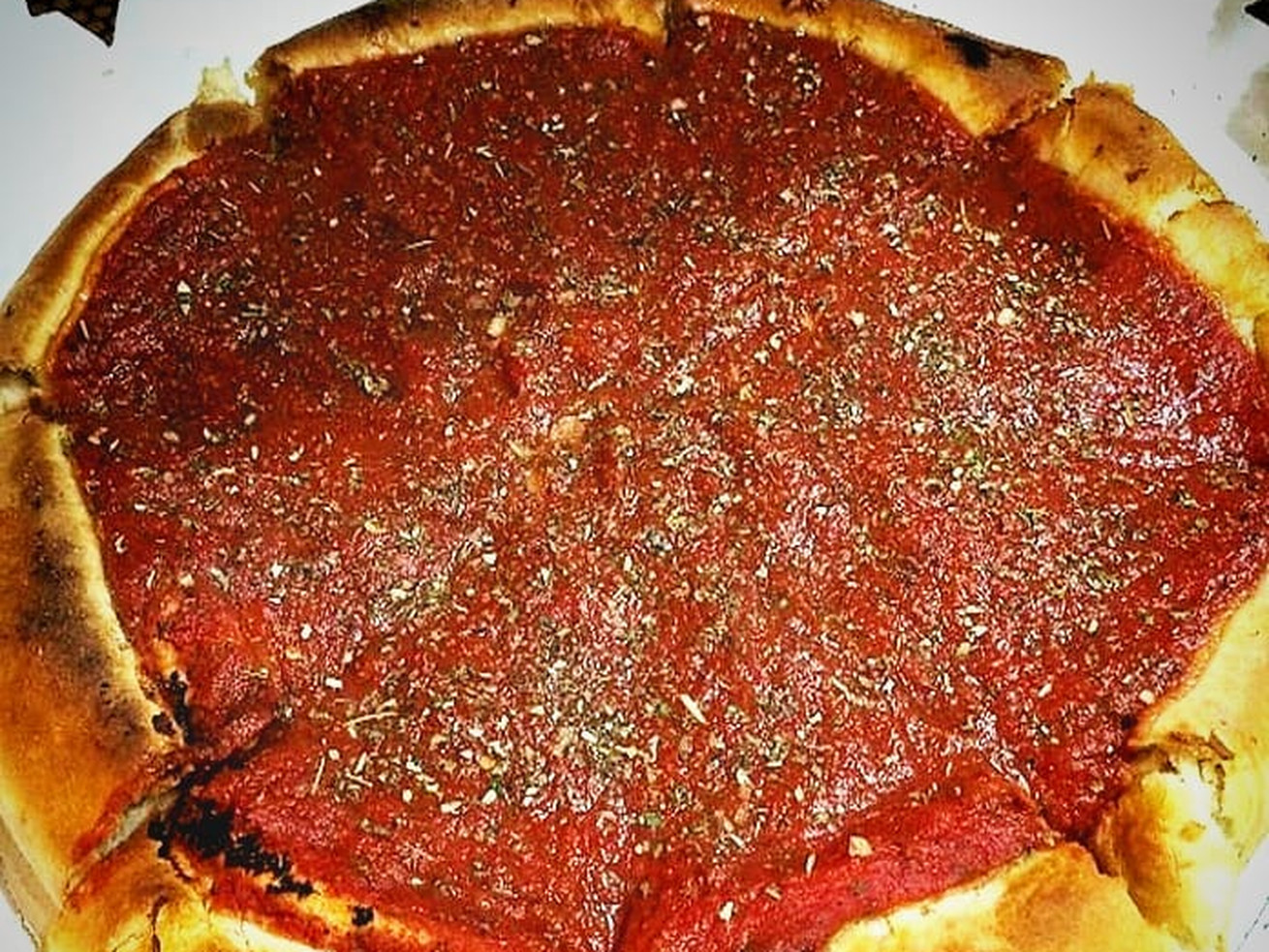 For the last two years, Chicago House of ‘Za Vegan Pizzeria has baked meat- and dairy-free pizzas out of its 1,000-square-foot space in Lakeview. The husband-and-wife team of Danny and Jammie Gulino have worked for years perfecting cashew cheese and seitan pepperoni to give vegans in Chicago pizzas they can feel good about. The Gulinos outgrew their space and now plan to move this spring to the former Sola/Kick space at 1943 W. Byron Street in North Center. That space has been vacant since early 2017.

The House of ‘Za serves a variety of pizzas including thin crust and Sicilian. However, it specializes in Chicago-style stuffed. Danny Gulino worked for years at the Nancy’s Pizza in suburban Elmhurst. The chain’s founders Nancy and Rocco Palese famously invented the style and gave away their recipe to allow other pizzerias to follow in their footsteps. Gulino molded his style pies after Nancy’s with vegan tweaks. For example, he uses olive oil instead of butter.

With a larger location at 3,000 square feet, the Gulinos hope to also grow a larger profile and attract omnivores. The Gulinos went vegan about a decade ago after watching documentaries on the food industry. Danny Gulino is a former special education teacher. He focuses on the crusts while his wife focuses on making the cashew cheese and seitan mock meats like chicken and sausage. The new restaurant is three times as large as the original location and that means more kitchen space and a chance to expand the menus. They’ll offer vegan Italian sandwiches using seitan ham and capicola. They also will serve vegan pastas like lasagna, plus craft beer and wine. Danny Gulino noted some wines use fish bladder or egg extracts. Their wine list will omit those selections.

One of the top-selling toppings is giardiniera. As someone with a lot of Chicago pride, Danny Gulino takes pride in that. He’ll keep the city theme going with vegan desserts like the ones Chicagoans could find on Taylor Street. Imagine dairy-free tiramisu or cannolis.

Vegan cheeses may not be able to copy dairy cheese perfectly — for example it’s not as stretchy and won’t caramelize as well — but Danny and Jammy Gulino are determined to give vegans the best pies possible. Danny Gulino described his wife as a mad scientist using trial and error to formulate the cashew cheese.

Danny Gulino also refurbished a vintage oven from the 1920s for the new location. He found a Middleby Marshall oven with rotating pans at a Pilsen bakery about a year ago. The new oven has three times the capacity of the smaller oven he has in Lakeview. The bigger oven will help better serve all customers, especially foreigners. Danny Gulino said traveling customers from places like Australia and Germany have visited with their luggage on their ways to O’Hare International Airport. Sometimes they’re disappointed when they see the current location is tiny and focuses on carry outs. Many vegans travel far and wide to seek unique culinary options.

In the ongoing dialogue about Chicago pizza, most ignore vegans. Gulino is aware. He’s also aware how some Chicagoans have come to chide stuffed crust, accepting the nonsense from East Coasters that stuffed pies don’t qualify as pizzas. He doesn’t care.

“We’re really just trying to do our own thing and keep to ourselves, to make the best possible product that we can make,” said Danny Gulino said.

Chicago House of ‘Za Vegan Pizzeria should open this spring. Check back for updates.