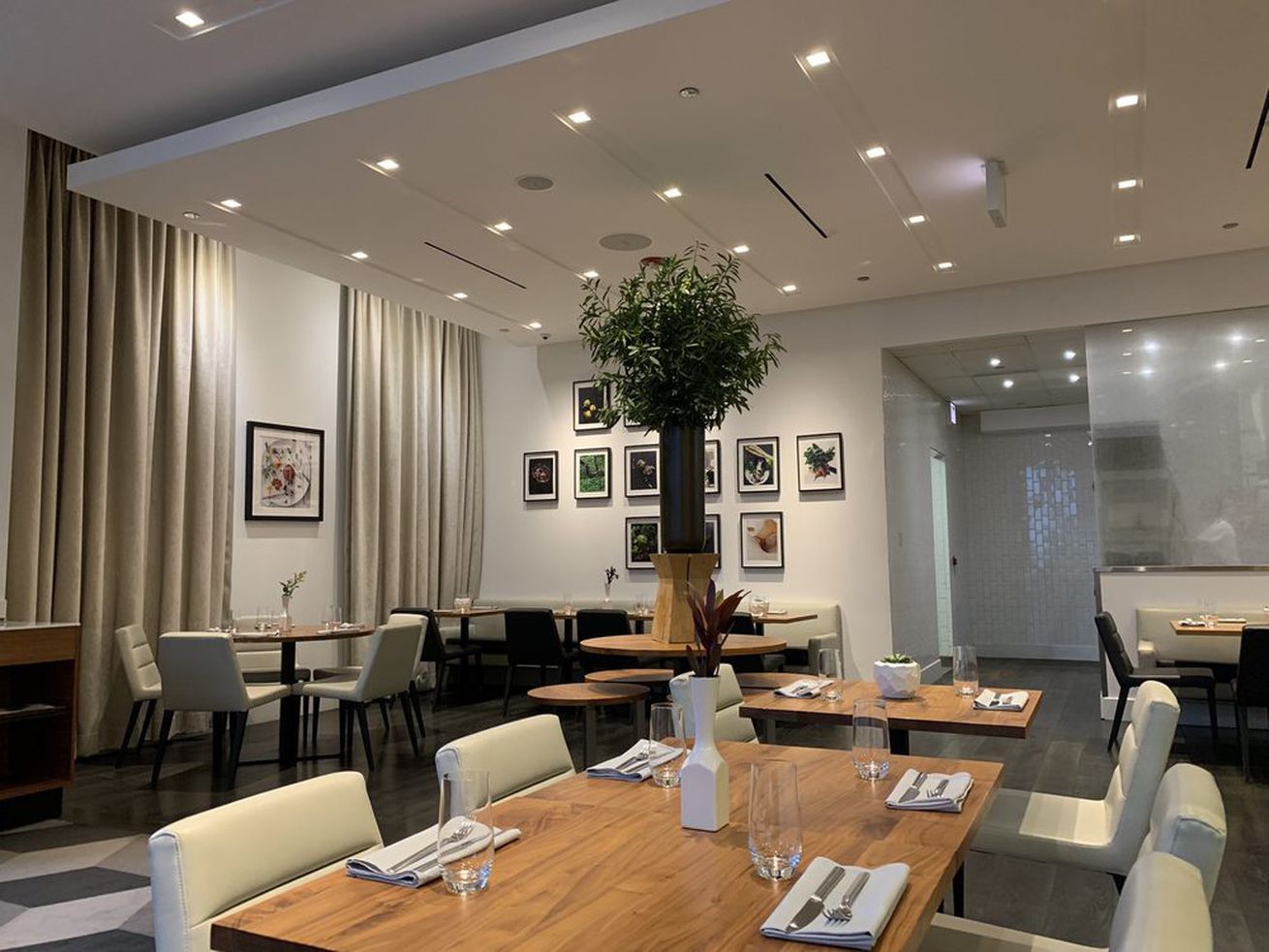 Plus, the owners of a fire-damaged historic suburban spot opened a replacement and more intel

— Black Friday shoppers who visited Saks Fifth Avenue in downtown Chicago may have been shocked to see the store’s new seventh-floor restaurant, Althea, was open for business. The vegan restaurant, from celebrity chef Matthew Kenney, had been open for much of November, according to Crain’s. It’s a 64-seat spot for lunch and dinner. Check out the menu at the link, as the restaurant serves kimchi dumplings, a pizza with cashew cheese, udon with chicken tempeh, and a kelp noodle cacio e pepe. Many items were adapted from Kenney’s other restaurants.

So excited to welcome our new restaurant to the 7th floor! #Althea by Matthew Kenney is an amazing new addition to our store and to Chicago! Make a reservation today! https://www.opentable.com/r/althea-chicago

— Three months after burning in an early morning fire, historic suburban restaurant Maple Tree Inn is back — at a temporary new location. Maple Tree Inn Bistro opened on Friday at 13000 S. Western Avenue in Blue Island — about a half-mile away from the original restaurant — where the same staff serves the same menu of Cajun classics. Although ownership wrote that the new spot is temporary, there’s no word when the original might reopen.

— The owner of The Woodlawn in Chatham is planning to add rotating pop-up restaurants to the South Side space, Block Club reports. The former bar-turned-community hub would be among the first spots to take advantage of the city’s new pop-up ordinance that was passed in July and takes effect on December 1.

— While Chicago continues to wait for Brewseum, the long awaited museum of beer that was teased more than two years ago, hop heads can grab a taste of what to expect over at the Field Museum. A new exhibit, Brewing Up Chicago: How Beer Transformed a City, is open from now through January 5. The Tribune has a rundown of what to expect as visitors are taken through the history of beer in Chicago. Learn about the Lager Beer Riot of 1855 and more.

— With Thanksgiving looming, did anyone actually think the Bottled Blonde saga would end last week? It didn’t. A Cook County judge issued an emergency stay during a Wednesday hearing so the River North nightspot could continue to operate as normal. According to city officials, if the judge didn’t issue the stay, Bottled Blonde would have lost its liquor license Monday, thus shuttering it and ending the saga between city officials, angry neighbors, and the restaurant/bar. Bottled Blonde can now remain open through the appeals process with the next hearing scheduled for December 15 when the bar’s attorneys should submit even more financial records. Judge Neil Cohen also ordered the bar’s owners to pay a $100,000 bond.

— And finally, here’s some good news for fans of Snaggletooth, the cured fish specialist that closed in 2017 in Lakeview: On Sunday, December 2, chef Jennifer Kim is hosting a Snaggletooth pop-up at her newer restaurant Passerotto. At the pop-up, which goes from noon the 4 p.m. in Andersonville, Kim will sell items from her and partner chef Bill Montagne’s (who has since departed for San Francisco) shuttered Lakeview spot. The offerings consist of the OG lox, pastrami trout, and a cured fish tasting. Local artists will also sell crafts from noon to 7 p.m., and Coquetel Spirits will sell glogg and another cocktail.

PrevPreviousGoodbye to Tony Adler, the best weekly theater critic Chicago's ever had
NextVote For Chicago’s Restaurant of the YearNext