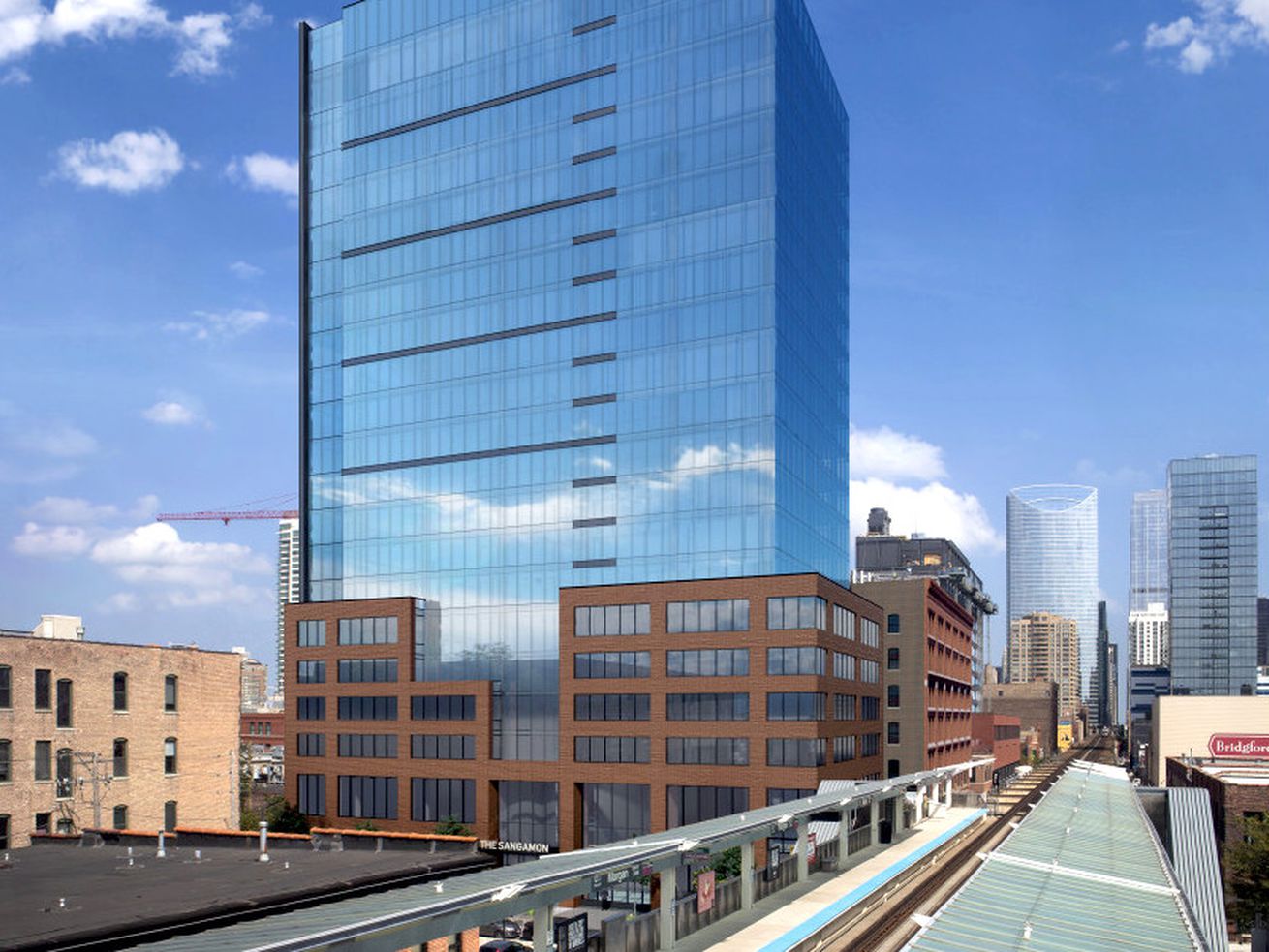 The high-rise proposals join a growing list of hospitality projects

As Chicago’s Fulton Market District continues its unprecedented transformation from meatpacking hub to the hottest place to live, work, and play, a pair of dueling hotel towers look to join the party along Lake Street.

The 245-foot-tall brick and glass proposal would replace a parking lot at the corner of Lake and Sangamon streets with 199 guest rooms and parking for 43 vehicles. Unlike the neighborhood’s boutique offerings such as the Hoxton, Ace, and Soho House, the upcoming project would house a more affordable Marriott franchise, reported Block Club Chicago.

FitzGerald previously pitched a 10-story apartment development for the same site in 2015. That plan, however, failed to earn the approval of Alderman Burnett. The elected official says he’s open to the latest hotel plan but will defer to the various West Loop neighborhood groups before making a decision. If zoning gets approved, construction on 920 W. Lake Street could begin next summer, according to Block Club.

Meanwhile, two short blocks to the east, a different developer is planning a separate hotel and office development at 800 W. Lake Street. Here, North Park Ventures wants to build a 19-story, 265-foot-tall tower designed by GREC Architects, based on a zoning application filed with the Chicago City Clerk.

The plan calls for zero parking spaces but will provide an off-street drop-off area utilizing an existing curb-cut along Lake. The mixed-use project would take out a parking lot and a cluster of low-rise structures including the Paddy O’Fegan’s Irish Pub, according to Crain’s. Like its neighbor to the west, the proposal is subject to city approval and will likely be the focus of a yet-to-be-announced community meeting.

A combination of popular chef-driven restaurants and corporate leases by companies like Google and McDonald’s has turned the Fulton Market District into a hospitality hotspot. Upcoming projects include the 115-room Nobu hotel at 854 W. Randolph, the 165-room Equinox hotel at 725 W. Randolph, a 200-room Pendry hotel at 1043 W. Fulton Market, and a 289-room Standard Hotel at 1234 W. Randolph Street.