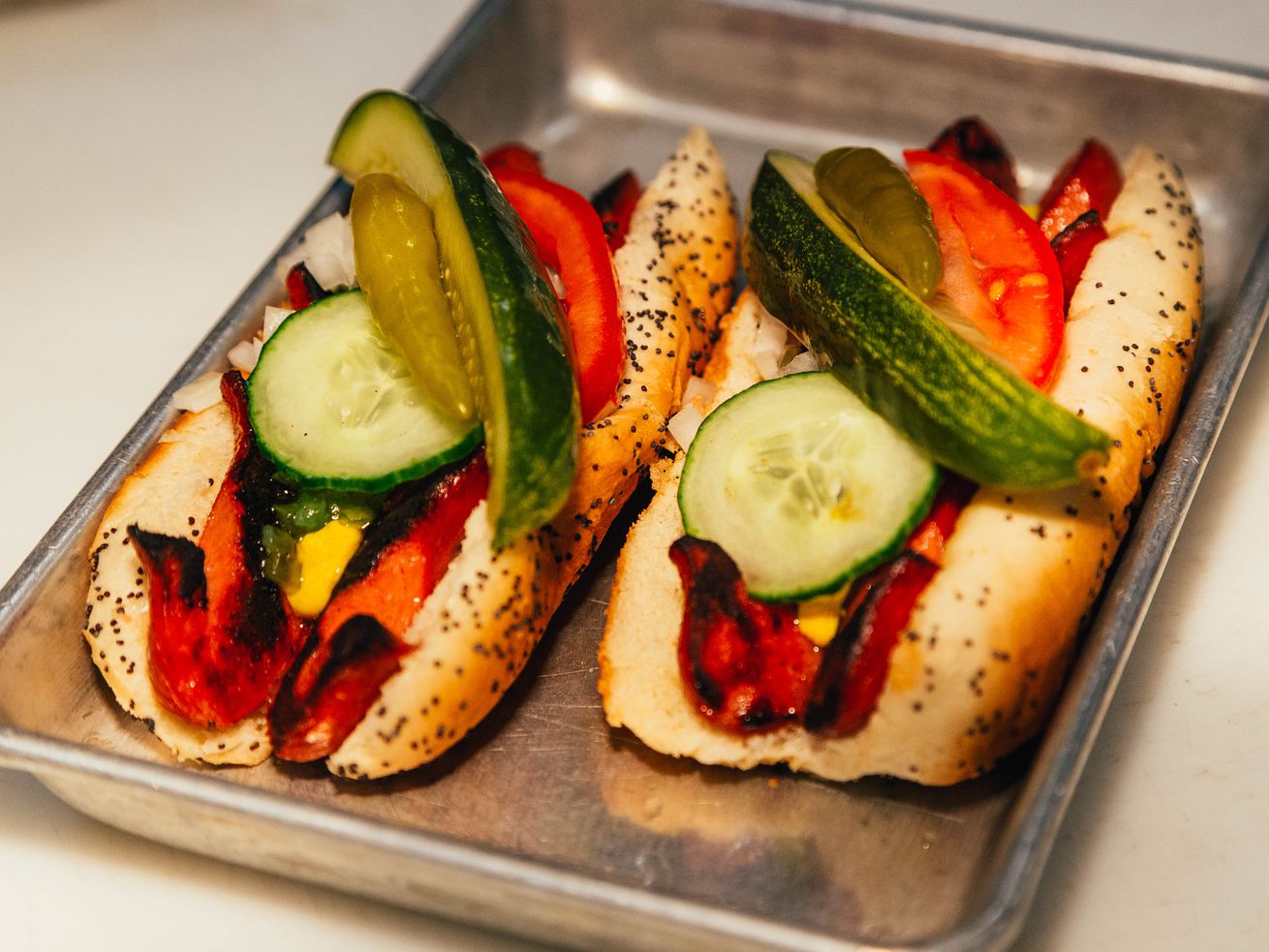 Murphy’s Red Hots, a 32-year-old hot dog stand that closed in August in Lakeview, is coming back, at least for the summer. Murphy’s hot dogs will pop-up at Schubas, just down the street from the former site of the restaurant. The owners of the music venue were fans of Murphy’s steamed and charred hot dogs and Polish sausages. To kick off Memorial Day weekend, Murphy’s will pop up at Schubas on Friday, Saturday, and Sunday to coincide with the Chicago Cubs games at nearby Wrigley Field.

Bill Murphy will come out and once more serve hot dogs, brats, and more. He’ll go old school with a hot dog cart in front of Schubas. He’s excited to greet customers and see old friends. Forming relationships with diners was one of Murphy’s favorite things about his job.

The cart will serve Chicago-style hot dogs and Polish sausages from Vienna Beef. The bratwurst comes from Usinger’s in Milwaukee. Since the hot dog stand closed in August, (the building was torn down for condos), Murphy has served as a hot dog consultant and a speaker. He’s working for the Vienna Beef at its Hot Dog University (Murphy’s Red Hots is a member of Vienna’s Hall of Fame). Murphy has also had the chance to visit hot dog stands, something he didn’t have a chance while running his restaurant. Chicago’s a city full of a lot of mediocre encased meats, and Murphy said it takes daily dedication to achieve hot dog nirvana. At times, it’s grueling to ensure quality control. Now that the stand is closed, he can enjoy hot dogs as a consumer.

“Getting out and chewing dogs is something that I never had a chance to do,” Murphy said.

When Schubas remodeled and opened its new restaurant, Tied House, last year in the space next door, Murphy said construction workers would routinely stop by for lunch. Adam Thurston, the COO of Audiotree — the company that owns Schubas — is also a big fan. They wanted something fun for the neighborhood for the summer. Homaging Murphy’s seemed like a great idea.

“You’d be hard pressed to find a better hot dog, polish, or brat anywhere in the city of Chicago,” Thurston said.

Beer is one benefit of the pop-up. Murphy’s didn’t have a liquor license, so now fans will get to pair a sausage with a craft beer, or even an Old Style. Murphy has seen lots of trends in Chicago’s restaurant industry. One thing he’d like to see is more food carts. The city’s laws are restrictive, and that prevents Chicago from have a vibrant street food scene. The restrictions are also a bad look for people who want to start a small business.

“It’s where people can get their start,” Murphy said. “I would really like to see a change in that, I would like the city to make it a little easier to get carts.”

Schubas management is testing the carts out this weekend. It may pop up again on different Cubs game dates. There is also talk of offering Murphy’s items inside Schubas this summer.

Meanwhile, check out the pop-up menu below and here’s a run down of a few of Murphy’s favorite hot dog and beef stands he’s visited since his restaurant closed. The pop-up goes from 11 a.m. to 4 p.m. on Friday, Saturday, and Sunday.

PrevPreviousAt Lightfoot inauguration, developers were called out for lack of affordable housing
NextPreservationists want to turn Chicago’s lakefront into a National ParkNext