Today is the last day to vote for O’Hare’s $8.5B redesign 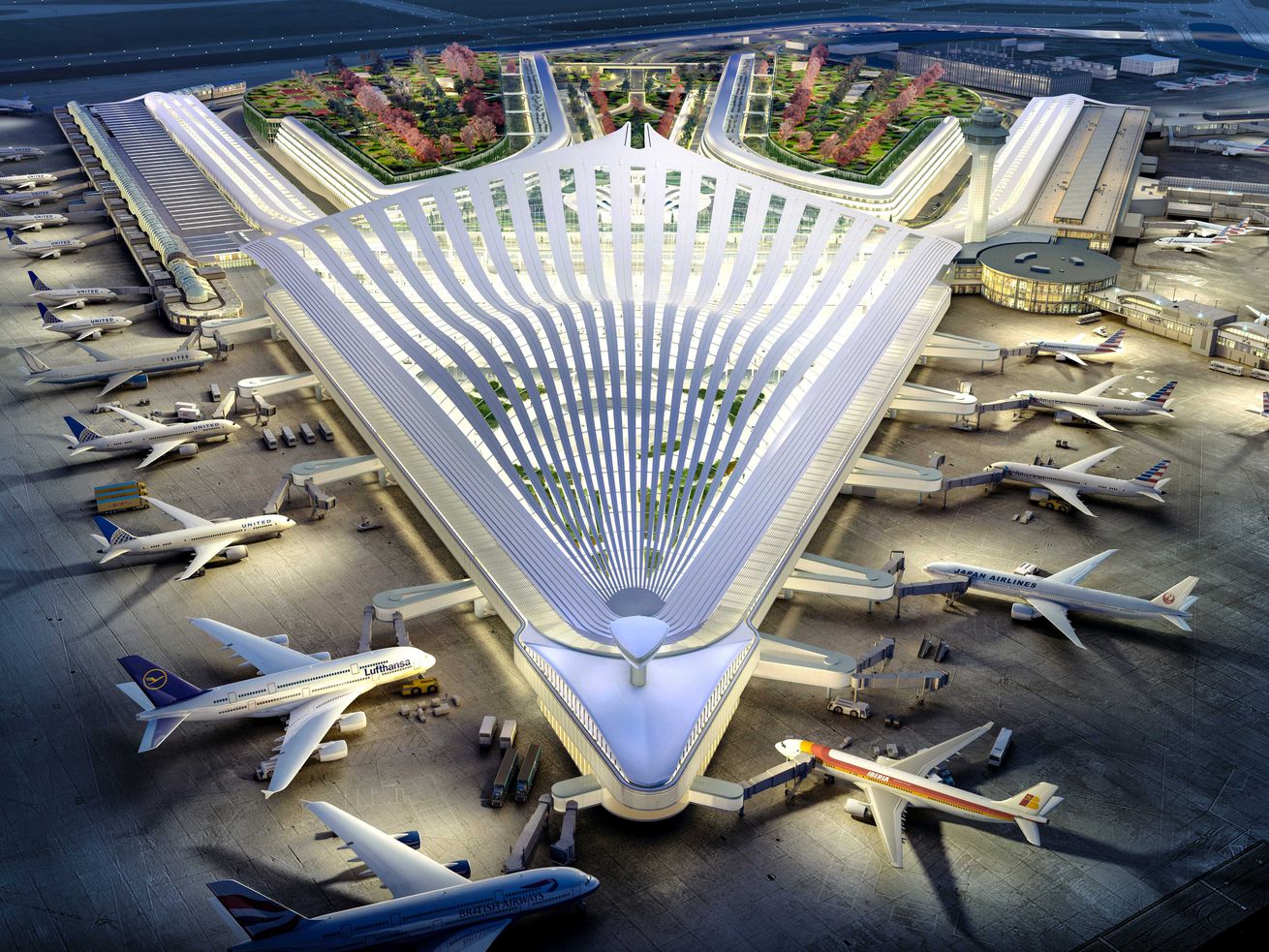 One week after releasing five striking designs for O’Hare International Airport’s $8.5 billion terminal revamp, Chicago officials are wrapping up the public feedback period of the high-profile architectural design competition. Chicagoans have through today, Wednesday, January 23, to cast a vote for their favorite design on the city’s voteORD21.com website.

The online survey presents an opportunity to weigh-in on the proposals from the teams of Fentress-EXP-Brook-Garza, Foster Epstein Moreno, Studio ORD, Skidmore, Owings & Merrill, and Santiago Calatrava. Respondents can choose which proposal they think provides the best passenger experience with regard to amenities, accessibility, and aesthetics as well as pick the design which best complements O’Hare’s existing architecture.

The public response to the survey has been strong from the start, according to city sources. The site recorded more than 10,000 votes in the first day alone, Lauren Huffman, Deputy Commissioner for the Chicago Department of Aviation, told Curbed Chicago on Friday.

Though seeking public feedback is an unusual—but not completely unprecedented—move in city-led architectural design competitions, the popular vote alone will not determine the final decision. That choice will fall to a panel of unnamed experts comprising a city-appointed evaluation committee. Critics, including Chicago Tribune columnist Blair Kamin, say the process lacks the transparency needed for such an “enormously complex undertaking.”

A representative from the city’s Department of Procurement Services told Curbed that members of the committee are under routine non-disclosure agreements. A chief procurement officer will review the selection to ensure the choice is “in alignment” with the Department of Aviation’s needs, as outlined in the publicly available request for proposal (RFP) documents.

Whether that’s transparent enough or not, the stakes here are indeed very high. First prize will be a contract to design the new O’Hare global terminal—a massive structure to replace the airport’s aging Terminal 2 and handle both domestic and international flights. The runner-up will create a pair of new satellite concourses accessed via underground tunnel.

Expected to be completed by 2028, the $8.5 billion project will increase O’Hare’s total terminal area by an estimated 60 percent from 5.5 to 8.9 million square feet. Chicago Mayor Rahm Emanuel is making it a priority to announce a winning design before he departs office in May.

While online voting may soon be over, the public can still get a closer, three-dimensional look at models of the five proposals in the lobby of the Chicago Architecture Center at 111 E. Upper Wacker Drive. The free temporary exhibit runs through January 31 from 9:30 a.m. to 5 p.m. daily.