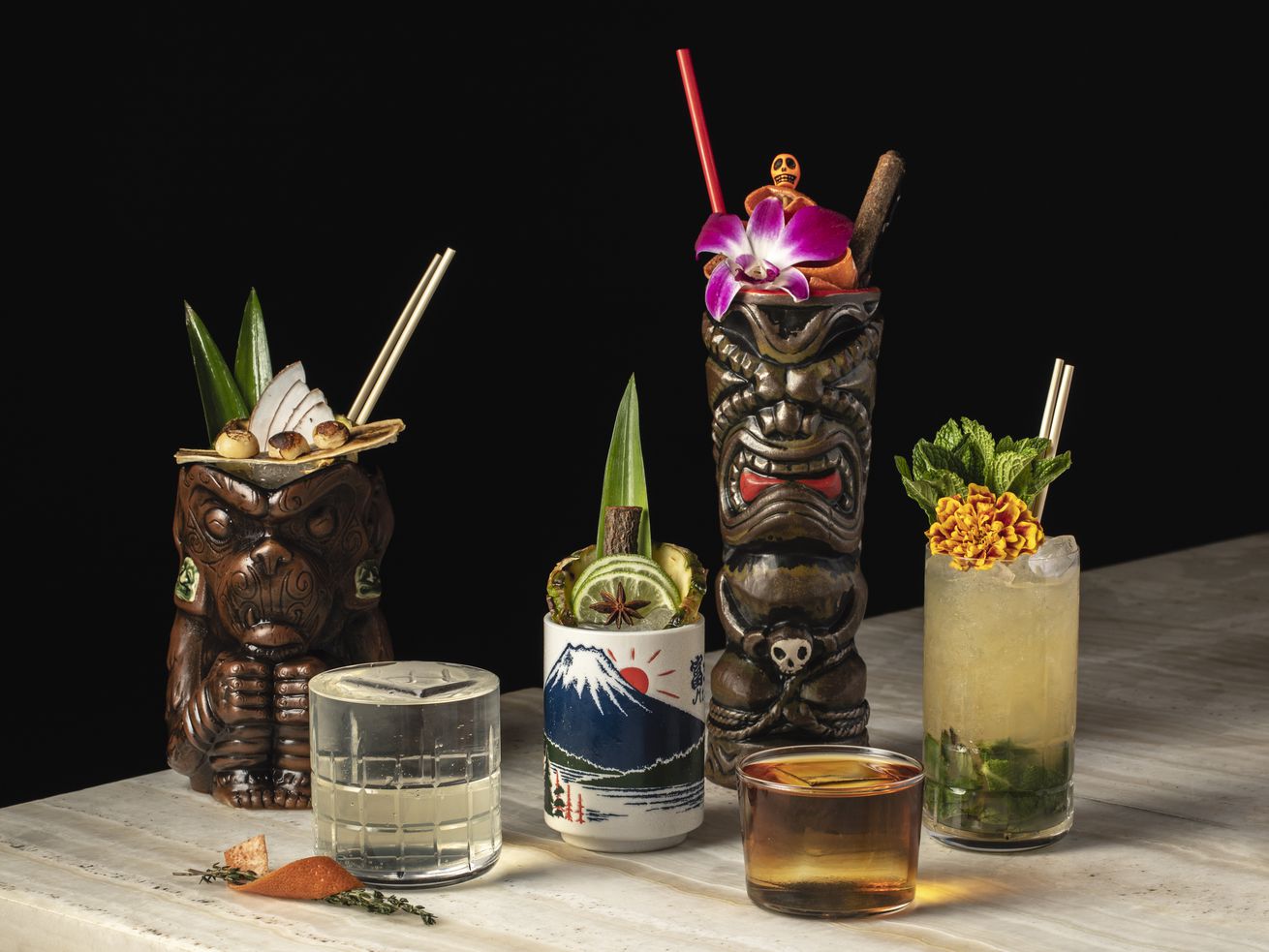 Three Dots and a Dash, the smash Tiki hit in River North, will soon unveil a new bar within the bar on Thursday, a place that should appeal to big rum-cocktail fans. Ownership converted the private event space located to the right of the bar, creating a 22-seat space called the Bamboo Room. It’s an intimate setting designed to give visitors a more refined experience.

While the bar will seat walk-ins, Lettuce Entertain You Enterprises — Chicago’s largest restaurant company — encourages reservations via Tock to book two- and three-drink packages of a customer’s choosing. Two servers, who will also act as bartenders, will roam the space bestowing extra attention on guests. They’ll pour drinks tableside. Customers will immediately receive an amuse-bouche-style drink to set the tone: a pineapple daiquiri poured over Japanese-style shaved ice. The space will be open Thursday through Sunday.

Three Dots opened in 2013 to much fanfare with the backing of Paul McGee, one of the most respect bartenders in the country. McGee has since departed to open another Tiki bar, Lost Lake. But Three Dots, with its speakeasy-style alley entrance, continues to pack customers, drawing Tiki mavens, thirsty tourists staying at downtown hotels, and Loop workers wanting to cut loose. For current LEYE beverage director Kevin Beary, the Bamboo Room represented three years of build-up.

“It just gives us the ability to do more,” he said. “To do a lot of things that were prohibited due to the volume of Three Dots. This is the nerdy stuff we collected along the way, going through recipes of classic Tiki cocktails. The thought was, ‘Oh my god, we have to figure out a way to try to do this.’”

Most avid drinkers with home bars only stock one rum, and that’s a problem when trying to mix a good Tiki drink at home, Beary said. Good Tiki drinks use a blend of rums, and Bamboo Room will have plenty for the rabid rum fan to sample. It’s stocking vintage brands from St. Lucia and Martinique. Beary cautions that he wants to make sure the new bar is accessible and free of pretension, but that doesn’t mean he won’t have rare spirits, the kind of $200, two-ounce pours people order on special occasions. Rums from Cuba, Jamaica, and France will be poured.

That’s the high end, but most drinks will hover around $12. The menu is split into three, with sections for daiquiris, stirred drinks, and classic Tiki selections. There are a few large-format drinks, like Missionary’s Downfall, which is served in a pineapple. Customers could add a green chartreuse sidecar. Other drinks include the Chancer in the Aloha Shirt, made with coconut-fat-washed malt whiskey, and Rum and Ting, made with homemade Ting, Jamaican rum, mezcal, and jerk spices, force-carbonated to order.

Some drinks will be served in vintage mugs used at famous Tiki bars across the country before they closed. When Three Dots opened, the bar had a problem with customers stealing Tiki mugs — that is, until LEYE capitalized and made the glasses available for purchase. Bamboo Room customers will see glasses from bars like the Chicago locations of Don the Beachcomber and Trader Vic’s.

Eventually, Bamboo Room will host classes, bring in well-known guest bartenders, and offer special room events, inviting distilleries to showcase their products. These experiences are something Beary said Three Dots didn’t really have room for before, but the Bamboo Room gives them the chance.

Lettuce Entertain You continues to try to spice up one of Chicago’s most popular bars. See if the Bamboo Room livens up the space starting Thursday.