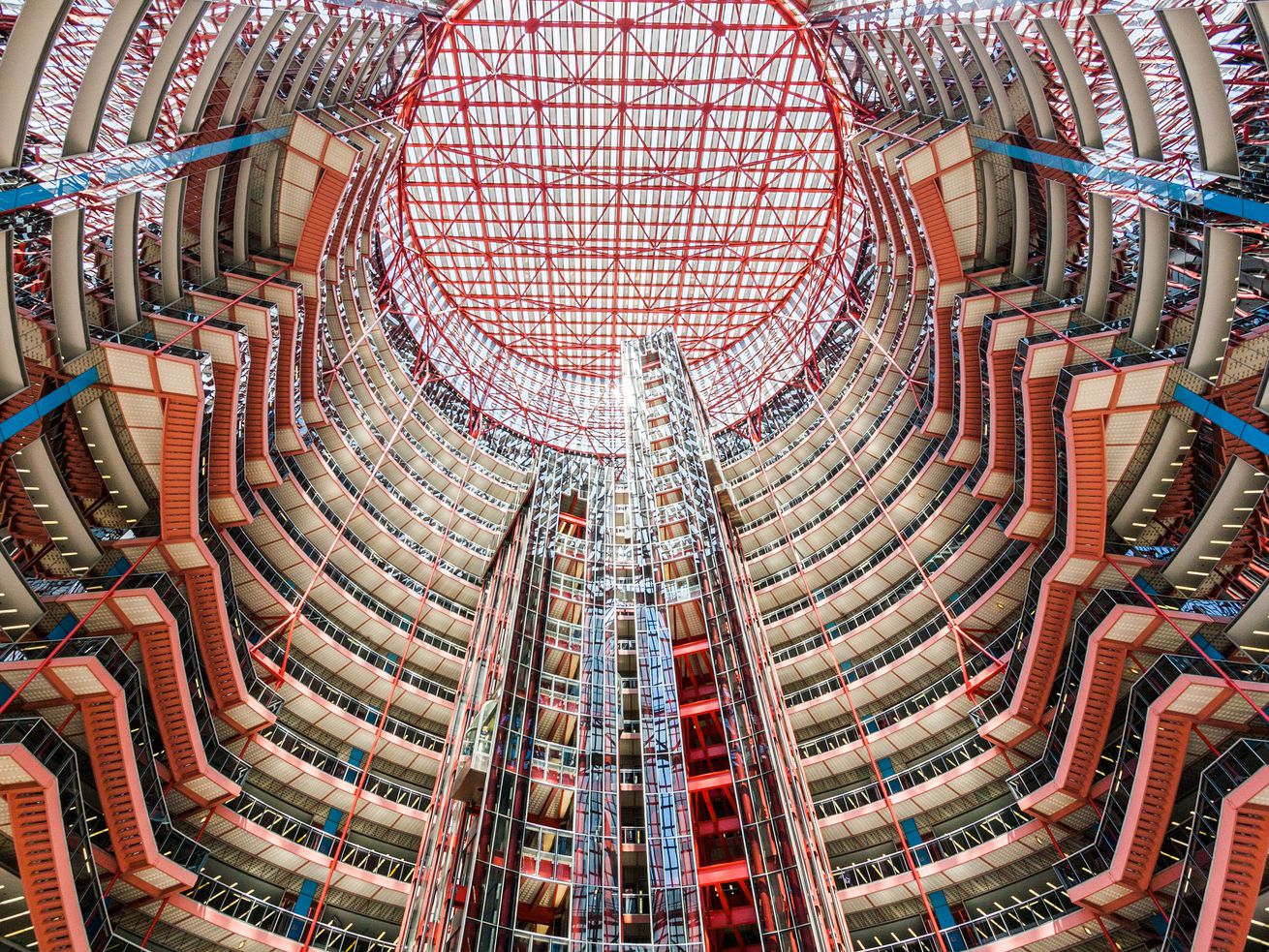 Chicago’s polarizing, love-it-or-hate-it James R. Thompson Center won’t be sold by the state of Illinois to the highest bidder for at least another year. An Illinois Economic and Fiscal Policy Report from the office of outgoing Governor Bruce Rauner shows that Springfield is anticipating a $300 million budgetary shortfall due to the sale not going forward as previously planned:

Fiscal year 2019 projected revenues no longer assume the receipt of $300 million of non-recurring revenues from the anticipated divestiture of the James R. Thompson Center.

Since 2015, Rauner’s administration has repeatedly called on the state to sell the blue and salmon pink-colored building at 100 W. Randolph Street as a money-making teardown. Last year Rauner and his political allies even floated conceptual renderings from architecture firm Adrian Smith + Gordon Gill showing a 1,700-foot supertall skyscraper rising at the block-sized site.

The latest delay, first reported by Block Club Chicago, is welcome news for the preservationists who staged a recent rally to landmark the 1985 complex designed by noted architect Helmut Jahn. “The imminent threat of the building being sold seems to have subsided,” said Nathan Eddy, one of the rally’s organizers and the creator of Starship Chicago, a documentary short on the subject.

What happens next is still unclear. While the state-owned building—and its reported $326 million deferred maintenance bill—will soon become the responsibility of governor-elect J.B. Pritzker, it’s unclear where the politician stands on the side of preservation versus demolition.

At a televised March debate featuring the three front-running democratic candidates for governor, Pritzker was the only one who said he supported the sale of the Thompson Center. Earlier this month, however, when asked whether he would pursue such a sale in Rauner’s footsteps, the governor-elect said his budgetary committee would “have to look at that,” reported the Chicago Tribune.

“Today’s news underlines the schizophrenic nature of Illinois politics,” Nathan Eddy told Curbed Chicago. “We can’t be dependant on elected officials to be stewards of this unique piece of architecture when they can’t even figure out how to get rid of it.”

The fate of the James R. Thompson Center will also partly fall to the next mayor of Chicago, now that Rahm Emanuel has decided not to run for reelection next spring. Emanuel previously vowed to block any sale on the grounds that redevelopment plans would disrupt the transportation infrastructure that runs below the building.

So far, no candidates in the wide field of mayoral hopefuls have announced a strong stance on the threatened postmodern structure, notes the Architect’s Newspaper. As City Hall and Springfield decide what to do next, preservationists have a little more time to refine their sales pitch to officials: “Don’t do something stupid,” as Eddy bluntly puts it.