The battle over bikes on the Chicago Riverwalk gets personal 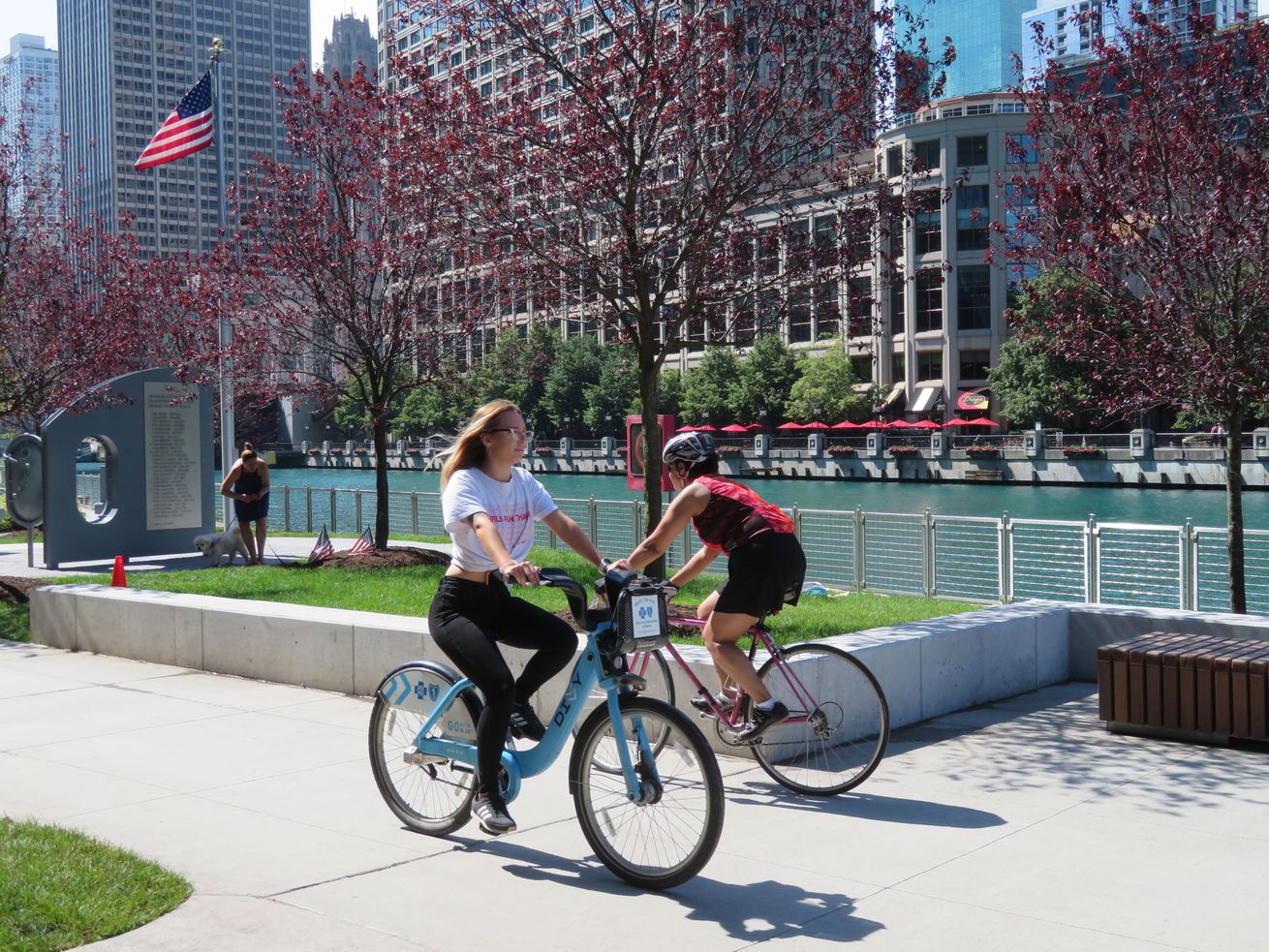 The public feud between an alderman and journalist over the issue of biking on the Chicago Riverwalk keeps heating up.

On Tuesday, Alderman Brendan Reilly tweeted that John Greenfield “needs a tinfoil cap & an editor” for the Streetsblog Chicago editor’s assertion that Alderman Reilly had something to do with Google Maps potentially altering its biking directions algorithm to steer cyclists clear of the Riverwalk.

Now Greenfield tells Curbed that if Reilly is able to convince the city to pass an ordinance to prohibit cycling on the Riverwalk, he’s willing to defy it and go to jail if necessary.

Wait, how did we get here, again?

Here’s a rundown of the Riverwalk Bike Ban controversy:

Cycling paths for the Riverwalk extension were part of the initial plan pitched to the federal government for U.S. Department of Transportation funding as evidenced by the description on the DOT’s website: “The project will enhance safety for pedestrians with bicycle paths and pedestrian trails along the continuous promenade.”

But as tourists and visitors have increasingly flocked to the Riverwalk’s wine patios and party huts over the last year, “Share the Riverwalk: Walk Your Bike” signs appeared and security guards began demanding cyclists do so. In September, Greenfield wrote a blog post telling readers to ignore the signs because the bikes were not legally prohibited.

Alderman Reilly responded to Greenfield’s post by trying to fully ban bikes from the Riverwalk. “Full credit goes to Streetsblog for pointing out there was no ordinance to support the ‘Walk your bike’ signs,” Reilly later tweeted. “As such, we introduced an ordinance to do just that.”

Meanwhile, newer signs were introduced at various points of the Riverwalk stating that “Bicycles must be walked,” and “violators will be prosecuted.” The threat of the signs, however, were unenforceable because the ban didn’t pass through city council, Greenfield noted.

In May, Greenfield again blogged about the issue of “bogus bike enforcement” and the zigzagging nature of the newly redesigned eastern section of the Riverwalk that makes it more difficult to bike.

The next time he cycled on the Riverwalk, Greenfield wore a white T-shirt marked with a Sharpie-inscribed message encouraging cyclists to disregard the signs: “Hi there! Despite what the signs say, Alderman Reilly’s ordinance to ban biking on the riverwalk (O2018-7034) never passed, so it’s still legal. Thank you!”

Greenfield dinged Reilly about the issue on Twitter, included tagging him in a photo of his “Reilly-trolling shirt.” The alderman replied: “Thanks for the reminder—I’ll be sure to pass the ordinance this summer.” Then he reintroduced his Riverwalk bike ban legislation on May 29.

As it stands, the fate of the bikes ban may hinge on the war of words between alderman and journalist. “These twitter battles do seem to influence his legislation,” admitted Greenfield. “It’s become a bit of a personal issue at this point.”

Reilly was unavailable for comment, but his spokesperson told Curbed that the alderman “isn’t targeting Mr. Greenfield, he’s just correcting the record.”

How far is Greenfield willing to go to prove his point? Even if the Chicago City Council OKs the bike ban, he’ll engage in two-wheeled civil disobedience on the Riverwalk.

“If I get arrested, so be it,” said Greenfield.