The 9 Most Anticipated Restaurants and Bars in Chicago, Winter 2019 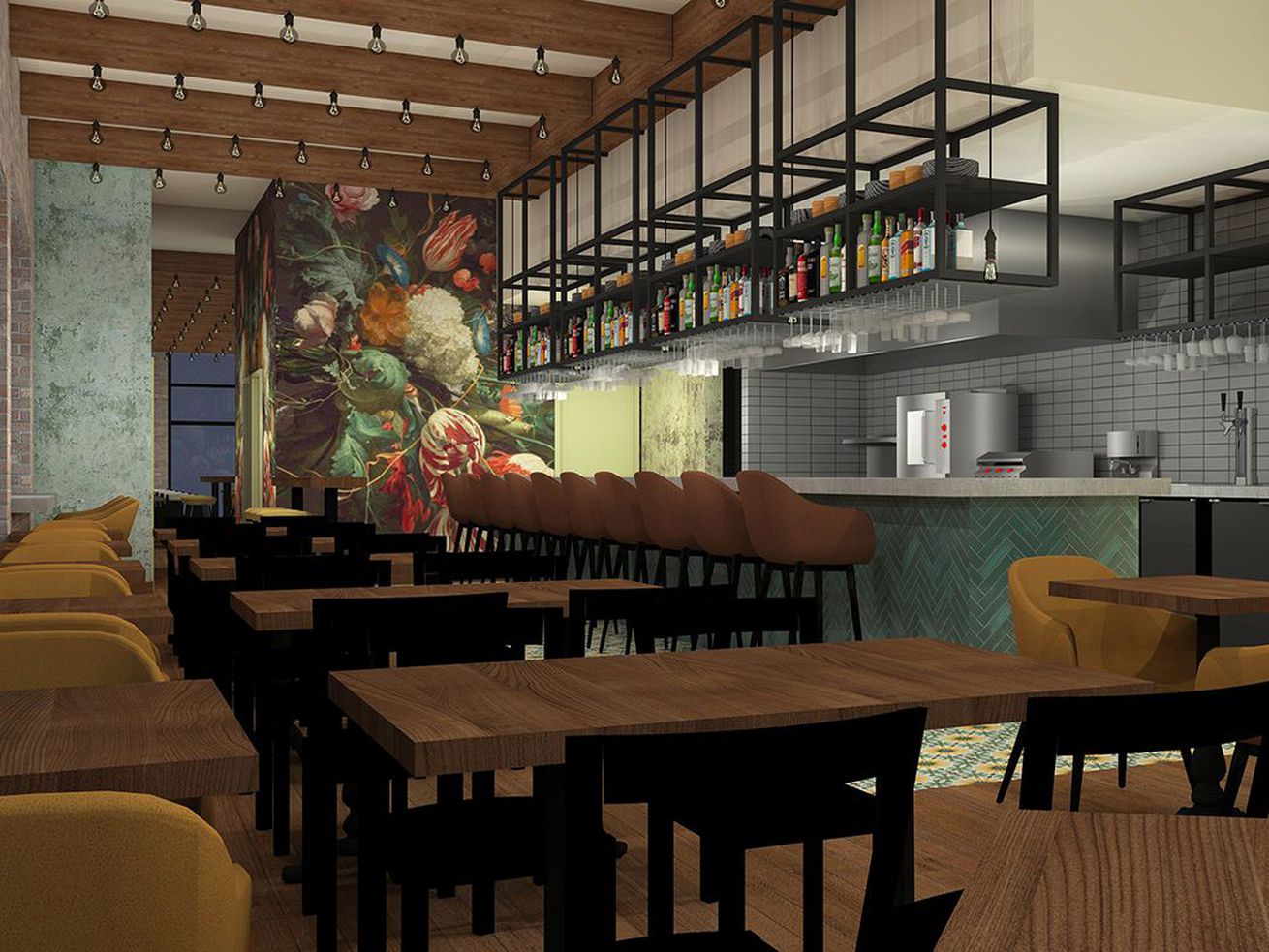 Stay warm with the hottest openings of the season

Winter is coming. Aside from shoveling snow and drinking Glühwein, Chicagoans also have a new slate of restaurants and bars to look forward to. This season’s openings are diverse and include Dave Park’s return at Jeong; the modern Indian cuisine of Superkhana International; and Galit, an Israeli project from James Beard Award-winning chef Zach Engel. As usual, delays are always possible but here’s what should be keeping those bellies full and bodies warm over the next few months.

One of Chicagoland’s best Korean restaurants resided in a suburban food court until it closed in early 2018. Luckily, those who weren’t able to make it out to Westmont for Dave Park and Jennifer Tran’s Hanbun can soon try the couple’s cooking at their new spot inside the former Green Zebra space. Park, an Eater Young Gun, has made a name for himself with a modern, fine dining approach to Korean cuisine. Jeong will seat around 40 people and offer both an a la carte and tasting menus, as well as a full alcohol list.

Sushi is having its moment right now in Chicago, largely thanks to the recent influx of omakase-only restaurants. Joining them soon will be B.K. Park’s new spot in Fulton Market, Mako. The celebrated chef, whose impressive resume includes Arami and Juno, is pulling out all the stops and looking to push boundaries. His 23-course menu, priced at $175, will feature seasonal ingredients and specialty cuts like A5-grade wagyu nigiri, and white saltwater eel marinated in sake and finished with yuzu zest and sea salt. It won’t be limited to just sushi, either. Hot dishes, like soy sauce-braised abalone with pickled quail egg and abalone liver sauce, are planned.

It’s shaping up as one of the most anticipated bar opening in recent times and for good reason. Acclaimed mixologist and Eater Young Gun Julia Momose and Oriole stars Noah and Cara Sandoval are hard at work on an intimate project in the West Loop. Inspired by Momose’s Japanese heritage, Kumiko will be a refined and thoughtful display of craftsmanship. The ambitious program will include personalized omakase experiences delivered in one-of-a-kind glassware procured from Japan. And for customers partaking in a dry new year, spirit-free drinks are going to be an integral part of the menu too. Kumiko has been delayed multiple times but has the potential to be well worth the wait.

An Indian pop-up series is getting ready to make the jump to a full-scale restaurant. Chefs Yoshi Yamada and Zeeshan Shah have spent the last several years creating unique “Indian-ish” flavors under the moniker Bombay Breakdown. Now, the pair is teaming up with Jason Hammel of Eater 38 Lula Cafe for a permanent residency in Logan Square. The food won’t be tied to a particular region but different types of bread, such as idli and dhokla, may play a large role on the menu. Drink pairings will also be important, with an emphasis on sparkling wines.

The city’s Israeli cuisine is about to get a big boost early next year. That’s because a James Beard Award-winning chef will be making pitas, hummus, and much more in Lincoln Park. Zach Engel has come to Chicago by way of New Orleans to build on the successes he achieved at Shaya. He’s partnering with Andrés Clavero, a senior accountant at Nico Osteria, to give the area’s residents a more formal experience. The food will utilize Midwestern produce and cater to Chicago palates, and also include Engel’s takes on dishes he had while living in Israel.

There was much mourning when Johnny’s Grill and Eater Chicago’s 2016 Bar of the Year Mezcaleria Las Flores shuttered. That sadness could soon turn to joy as a new bar and restaurant from an accomplished group is taking over the space. Leisure Activities, founded by Eater Award-winning bartenders Wade McElroy and Jeff Donahue, has partnered on places such as Sportsman’s Club and Ludlow Liquors. Its newest opening will focus on fortified wines, a wide range of beers, and drinks infused with cannabidiol, a cannabis compound that doesn’t get users high. Also involved in the project are beverage director Julia McKinley, formerly of Land & Sea Dept., and chef Nick Jirasek.

Dustin Drankiewicz — the man who helped launch notable bars such as Moneygun, Pink Squirrel, and Deadbolt — has a new project set to open inside the former Paramount Room. The casual spot will emphasize Midwestern comfort food from chef Lamar Moore so expect burgers, smoked prime rib, cheese curds, fish fries, and other daily specials. The beverage side of the equation promises to offer about five signature cocktails, plenty of beer, and even cold-brew concoctions for those in need of a caffeine jolt. In addition, a basement bar called Chit Chat Lounge is also in the works.

After years of working in the restaurant business, Samantha Sanchez is branching out with her own Mexican eatery. Sanchez is the daughter of restaurateur Sam Sanchez, the man behind Moe’s Cantina, John Barleycorn, and Old Crow Smokehouse, and she’s bringing her wealth of knowledge to Pilsen. La Luna will be an affordable and accessible option for the neighborhood that boasts items like a barbacoa burger and suadero tacos from chef Manuel Briseno. The bar’s signature cocktails will be character-themed, such as a spicy “El Diablito” or a Champagne-based “La Dama.”

Cider options in Chicago continue to grow as the city’s first cidery plans to add a 50-seat taproom to its operation next year. Fans of fermented apple juice won’t have to visit other bars or stores for a pint of Right Bee; they’ll be able to get it straight from the source soon. The upgrade will sport six taps and a full bar and allow owners Charlie Davis and Katie Morgan to sell bottles and growlers to go. Food won’t be served but folks will be able to bring their own.