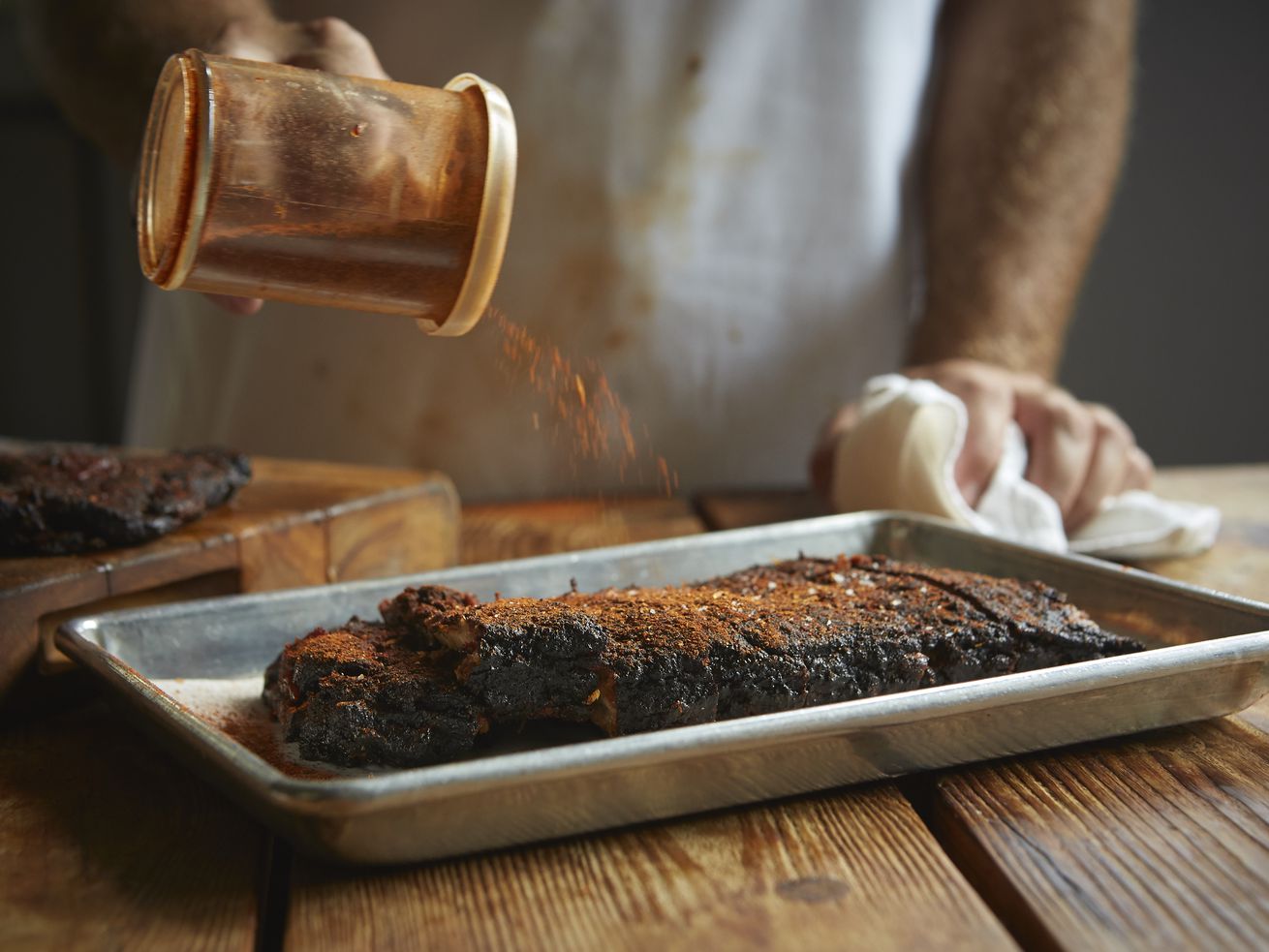 The Roosevelt Collection, the South Loop mall that houses the ShowPlace ICON Theaters and the U.S. Pizza Museum, has brought in a celebrity barbecuer to open a restaurant that will feature smoked meats and live Blues music. Chad Rosenthal, a regular on the Food Network, is bringing his restaurant, the Lucky Well, to Chicago. He’s targeting a March 2020 opening inside the shopping center near the corner of Roosevelt Road and Clark Street.

Shopping center reps are banking the restaurant will give them a culinary anchor, something that’s been lacking. A mall rep teased that more restaurant announcements are forthcoming. Meanwhile, Lucky Well will occupy 3,973 square feet. A portion of the space comes from an empty storefront with the rest coming from Porkchop. That barbecue chain vacated their space last week, a rep said.

But this is not a case of swapping one barbecue spot for another, Rosenthal said. He wants Lucky Well to be a destination, which is how the first Lucky Well, which opened in 2013 — an hour north of Philadelphia — in Ambler, Pennsylvania is perceived. It will host live music on the weekends, and a more intimate dining area where customers can eat and converse without competing with any loud music.

“You guys know the Blues,” Rosenthal said of Chicago. “I’m really excited to partner with the Blues folks out there, to bring them in on the weekends. And you guys love meat! It’s a perfect spot to open my concept.”

Rosenthal, who learned to barbecue in Memphis, described Lucky Well as “fine casual.” The food won’t be fancily plated, but the ingredients — like dry-aged beef — are a little more elevated compared to traditional barbecue restaurants where food comes out on metal plates. He’s toured many of Chicago’s barbecue restaurants, praising places including Green Street Smoked Meats and Smoque. In the end, he feels no Chicago restaurant is doing the “simple barbecue I learned to make in Memphis.” The meat is smoked in a Southern Pride smoker and finished on a charcoal grill. Ribs lovers at Lucky Well will find St. Louis pork spareribs opposed to pork baby backs.

The Lucky Well won’t be the first barbecue from an out-of-town chef to open in Chicago. Celebrity pit master Myron Mixon opened a Wrigleyville restaurant that lasted a year. Rosenthal knew of Mixon’s plight, but also pointed out that he’s a restauranteur first. He didn’t cut his teeth as a competitive barbecuer. Pit masters at restaurants need to be consistent instead of just making a single barbecue box for a panel of judges.

“And there’s the hospitality end, which is what I love about this business — feeding people and watching them and creating an experience,” Rosenthal said.

Dry-rubbed meats rule in Memphis at restaurants like Rendezvous, Cozy Corner, and Central BBQ. There’s 15 different spices in Rosenthal’s rub, a recipe he said he perfected years ago. In Ambler, white oak is abundant, and that’s what Lucky Well uses to smoke meats. Rosenthal, an Ohio State University grad, is trying to figure out what wood he’ll use in Chicago. He’s also figuring out where he’ll source his meats. Rosenthal talks about giant cuts of meat that his restaurant offers as weekend specials. Items may include tomahawk steaks or smoked duck breast.

Rosenthal is from Pennsylvania with an affinity for Philadelphia. Customers won’t see Philadelphia Eagles or Flyers paraphernalia on the wall, but they will see some Philly pride in the decor. He’s working with Philadelphia Salvage Company to bring vintage items from old churches, schools, and homes. The Ohio State grad suggested he may put up a University of Michigan sign with an “X” through it to pander to the Big Ten college alums around the Midwest.

Stay tuned for more coverage on Lucky Well and any other Roosevelt Collection restaurant news.