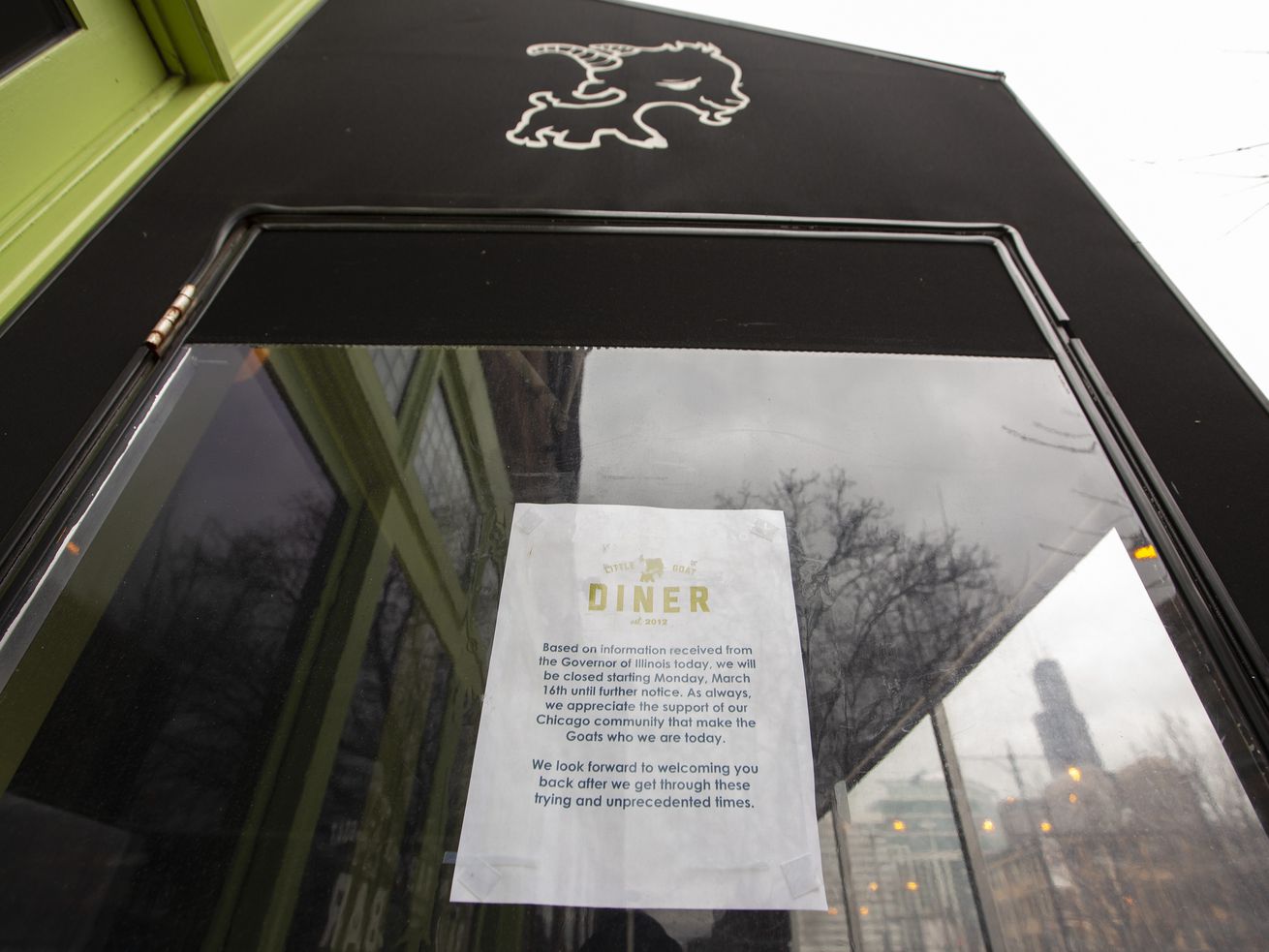 The package should help restaurants during the closure. | Barry Brecheisen/Eater Chicago

The Senate has struck a deal over a roughly $2 trillion economic stimulus package early Wednesday morning, according to Vox, with $367 billion in the bill kept for providing loans for small businesses. Described as “the biggest fiscal stimulus package in modern American history,” the measure will reportedly include direct support for companies that have seen dramatic drops in revenue over the past few weeks, increases aid to laid-off workers and others who have lost hours and wages, and encourages companies — temporarily closed or otherwise — to keep employees on the payroll. It’s also designed to offer relief to hospitals, as well as middle- and low-income families. Senate Majority Leader Mitch McConnell told reporters that he expects senators will vote on the deal Wednesday afternoon.

Some Chicago restaurant owners who turned to takeout and delivery are now making the tough call to close their establishments completely. Raquel Quadreny and Lawrence Letrero of Bayan Ko in Ravenswood announced their decision to close on Facebook Monday, writing “…we believe it’s time for us to hunker down and keep our family safe.” Iliana Regan, owner of Michelin-starred Elizabeth, has also ended all service at her restaurant, according to an email announcement. Elizabeth had offered carryout last week: “Our staff has decided that for their own safety and the safety of our guests to shut down our pickup and delivery service.”

The National Restaurant Association announced Tuesday that it has canceled its annual trade show planned for Chicago over concerns about the novel coronavirus pandemic, according to Foodservice Equipment Reports. The show was originally scheduled for mid-May. The cancelation is the latest in a long list of terminated event due to the outbreak, including the sixth annual Ramenfest and annual women-led bar industry conference Chicago Style.

After a judge granted him a $250,000 bail on Monday, Thomas Tansey, the man charged with murder in last month’s fatal stabbing outside of Richard’s Bar in River West, was released from custody, according to Block Club Chicago. Tansey has to wear an ankle bracelet. Prosecutors said Tansey killed Kenneth Paterimos by repeatedly stabbing him with a box cutter on February 21.