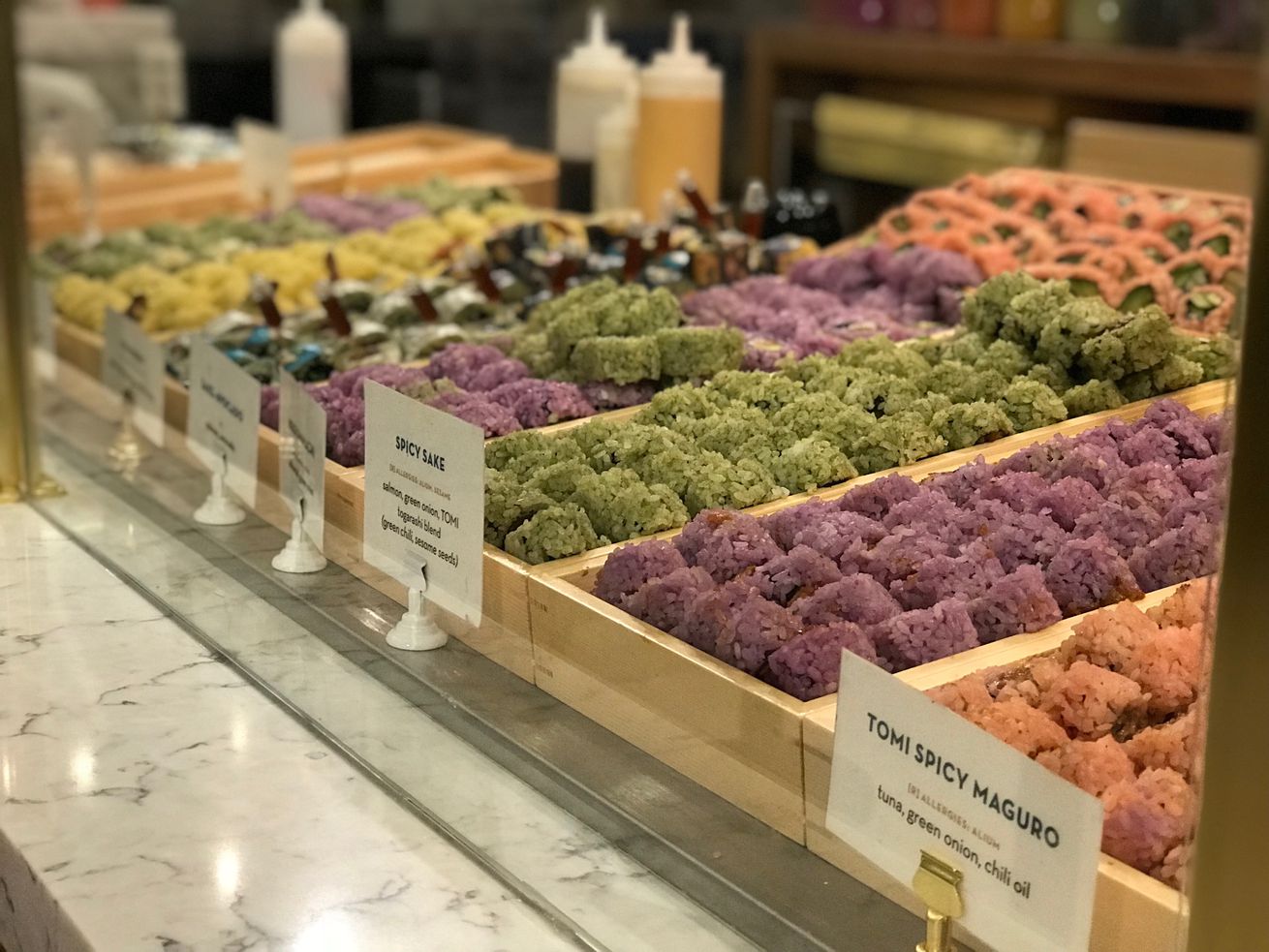 Chicago has been awash in new sushi concepts lately, thanks to the additions of traditional omakase tasting menu haunts Yume and Kyōten, with Juno chef B.K. Park’s Mako still forthcoming. And tomorrow — following a slightly more colorful, fast casual model — marks the official launch of another newbie: TŌMI, which shacks up in the Loop’s Revival Food Hall after opening with an abbreviated menu in late September.

Essentially, the robot enables a business to produce larger volumes of sushi more quickly than if the sushi was formed by hand, as it’s traditionally done. The robot also helps keep prices down. And while the device doesn’t yet allow for rice paper customization, the team outsourced their sushi imagery-imprinted roll wrappers from Sweet Art.

With TŌMI, the idea was to create a healthier take on sushi. So all bites are gluten-free (which refers to the soy sauce and fillings; rice is naturally gluten-free) and incorporate an abundance of veggies. They’re also prepping ingredients in a cleaner way, like baking shrimp tempura as opposed to frying it.

In terms of the menu — about 20 percent of which will change seasonally — expect a sweet potato roll with spicy mayo; an avocado and cucumber roll with yuzu-chive aioli; and a grilled asparagus-filled roll dressed with ginger-garlic ponzu. As for seafood options, the spicy shrimp roll is flavored with togarashi, while the green onion-tuna roll involves both chili oil and mayo.

While colored sushi is new to Chicago, it’s worthwhile to note that a similar such concept, Beyond Sushi, hit New York City six years back. The biggest difference between the two is that Beyond Sushi makes vegetarian rolls with naturally-colored purple and black rice, plus barley. The concept has proved popular enough that Manhattan now counts six locations; only time will tell if the Windy City embraces TŌMI in the same way.