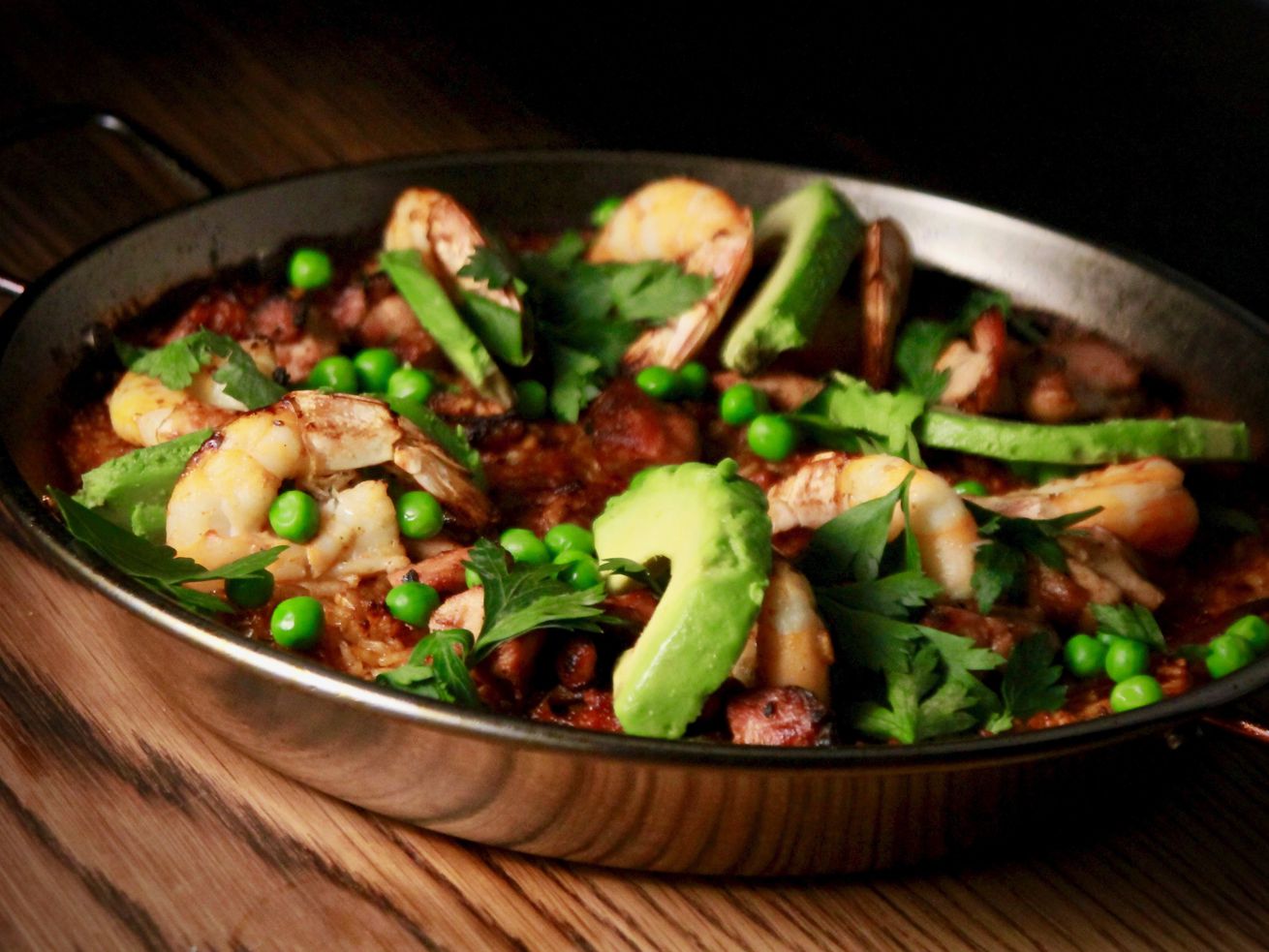 Rick Bayless on Thursday opens his first bar, a mezcal-centered speakeasy with a full menu of Mexican small plates underneath Frontera Grill. The vibe will be more easy-going than the upstairs dining room. But despite going more casual, Bayless wants diners to know his bar’s food isn’t an afterthought. Together, along with daughter Lanie Bayless, they’ll open Bar Sótano underneath her father’s 31-year-old River North restaurant at 443 N. Clark Street.

Customers will find the entry around the corner through an alley. Lanie Bayless, who helped build the mezcal selection at Leña Brava in the West Loop, again picked the spirits for Bar Sótano. She’s been around agave since she was an infant. Her parents took her to her first mezcal distillery in Oaxaca when Lanie was just six weeks old.

“That is a true story,” Rick Bayless said.

Lanie Bayless wants to bring more youthful energy to the building. They’re collaborating with chef Rishi Manoj Kumar (Frontera’s former private events chef) and bar manager Roger Landes (Smyth and the Loyalist) on the soundtrack, the decor, and the menus. Rick Bayless referred to himself as the bar’s “guiding spirit,” but stressed that Kumar came up with ideas like oysters with a shaved ice that’s inspired by micheladas: “That was entirely Rishi’s idea, and it’s brilliant,” Rick Bayless said.

These small plates are meant to be shared. They include a Mexican-style paella that’s made to order — it will take about 25 minutes. Kumar uses a meat-free “chorizo sofrito” as a base, which packs all the spicy flavor chorizo is known for without the pork. It’s mixed with chicken stock and reduced before the rice is spread along the pan. They’ll serve the dish with gulf shrimp. Why hasn’t Chicago seen more paella?

“I think they all think they have to cook it ahead and reheat it,” Rick Bayless said. “And it’s never really good and people don’t get excited about it.”

Kumar grew up in Singapore and his family is Indian. His heritage, Gujarati, gives him a more thoughtful approach to vegetarianism. Armed with that understanding, he’s added more meat-free options to the item. The paella can even be made vegetarian by switching in vegetable stock. Another highlight for the Baylesses is the ceviche. There’s also a dry-aged burger among the 22 or so dishes.

A section of the cocktail list blurs the line between food and drink. The “Fonda” section features selections like a guacamole cocktail. No one from Bayless’ camp would talk too much about the Fonda section. It all of a sudden felt like a movie and no one wanted to give out spoilers.

Bayless reflected back to when Frontera Grill opened in 1987. They didn’t even have a bar inside the restaurant. Customers would wait for the tables at the bar next door, Frankie Z’s. Now he’s opening a bar with his daughter.

“We have been talking about this for a while,” Lanie Bayless said. “We love the world of mezcal and we really feel passionate to bring it to the rest of the world and rest of the community in Chicago.”

There’s an emphasis at the bar on “health-giving herbs” — the kind customers at a Mexican market would find. That’s Bayless’ term — he refused to call them “medicinal,” which doesn’t exactly sound delicious. Bar Sótano opens on Thursday. Come back later in the week for more on the bar’s cocktails and the herbs they’ll use.