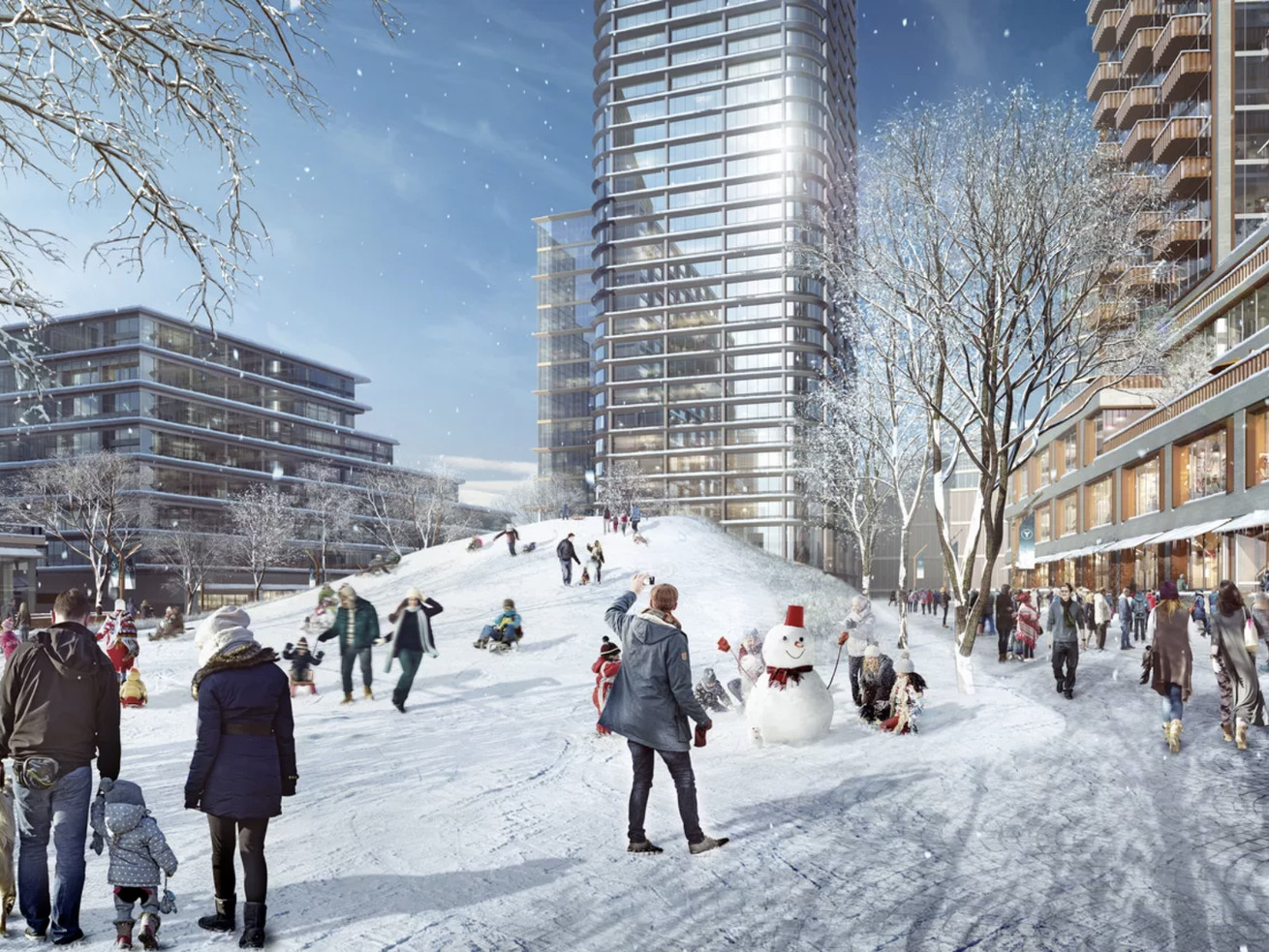 Over the past weekend, developer Sterling Bay released an updated masterplan for its sprawling Lincoln Yards megaproject, securing the backing of 2nd Ward Alderman Brian Hopkins in the process.

The new version of the SOM-designed plan—the third iteration since its initial public debut in July—reflects recent revisions such as the elimination of a 20,000-seat soccer stadium and entertainment district for more park space, mid-rise buildings, and roadways.

With Hopkins’s endorsement, the massive $6 billion mixed-use undertaking is far more likely to pass an important zoning vote by the Chicago Plan Commission on Thursday, January 24. Hopkins, however, made it clear in an email announcement on Monday that the approval is far from a done deal.

“By no means does this spell the conclusion of the community review process for this major redevelopment project,” he said. “I will continue meeting with neighborhood associations and other stakeholders prior to and after this week’s Plan Commission hearing.”

The elected official also noted that the project is still subject to future deliberation at the Community Development Commission, committees on zoning and finance, and full Chicago City Council.

In addition to successfully advocating for more open space within the Lincoln Yards plan, Hopkins also took the opportunity to reaffirm his support of the nearby North Branch River Park and Preserve. The alderman said he will “double down” on efforts to make the 24-acre public park a reality.

This could include drawing funds from the proposed $900 million Cortland/Chicago River Tax Increment Financing (TIF) district, said Hopkins at this month’s meeting of the city’s Joint Review Board, reported Block Club Chicago. The same TIF would support infrastructure improvements at Lincoln Yards such as new bridges, a riverwalk, an extension of The 606 trail, and a reconfigured Armitage-Ashland-Elston intersection.

The alderman’s decision to support Lincoln Yards without hosting another large scale public meeting was not well received by some residents and local stakeholders. On Monday, a coalition of community groups held a news conference calling on city officials to slow down the approval process and delay both the project’s zoning and TIF votes.

“Hundreds of Chicagoans and dozens of neighborhood organizations and institutions have participated in the ongoing public input process,” said the group in a statement. “But now, in a sign of disrespect for those who have been involved, this process is being short circuited. The coalition is thus seeking a full community meeting to have the latest iteration of the developer’s plan explained and get a chance to review and comment on it.”

According to Hopkins, there’s been “nearly 50 meetings” between his office, the developer, and community members—starting with a public “design charrette” discussion in mid 2016. “Now time to move forward,” wrote the alderman in an editorial piece appearing in Chicago Tribune on Monday.

Trib architecture critic Blair Kamin disagreed with the assessment, writing on Tuesday that the third time was “not the charm” for the Lincoln Yards proposal and its out-of-place height, density, and lack of character.

Straddling the north branch of the Chicago River between the low-rise Lincoln Park and Bucktown neighborhoods, Lincoln Yards would transform 54 acres of formerly industrial land into a virtual mini-city comprising more than 15 million square feet of residential, hotel, office, and retail space.