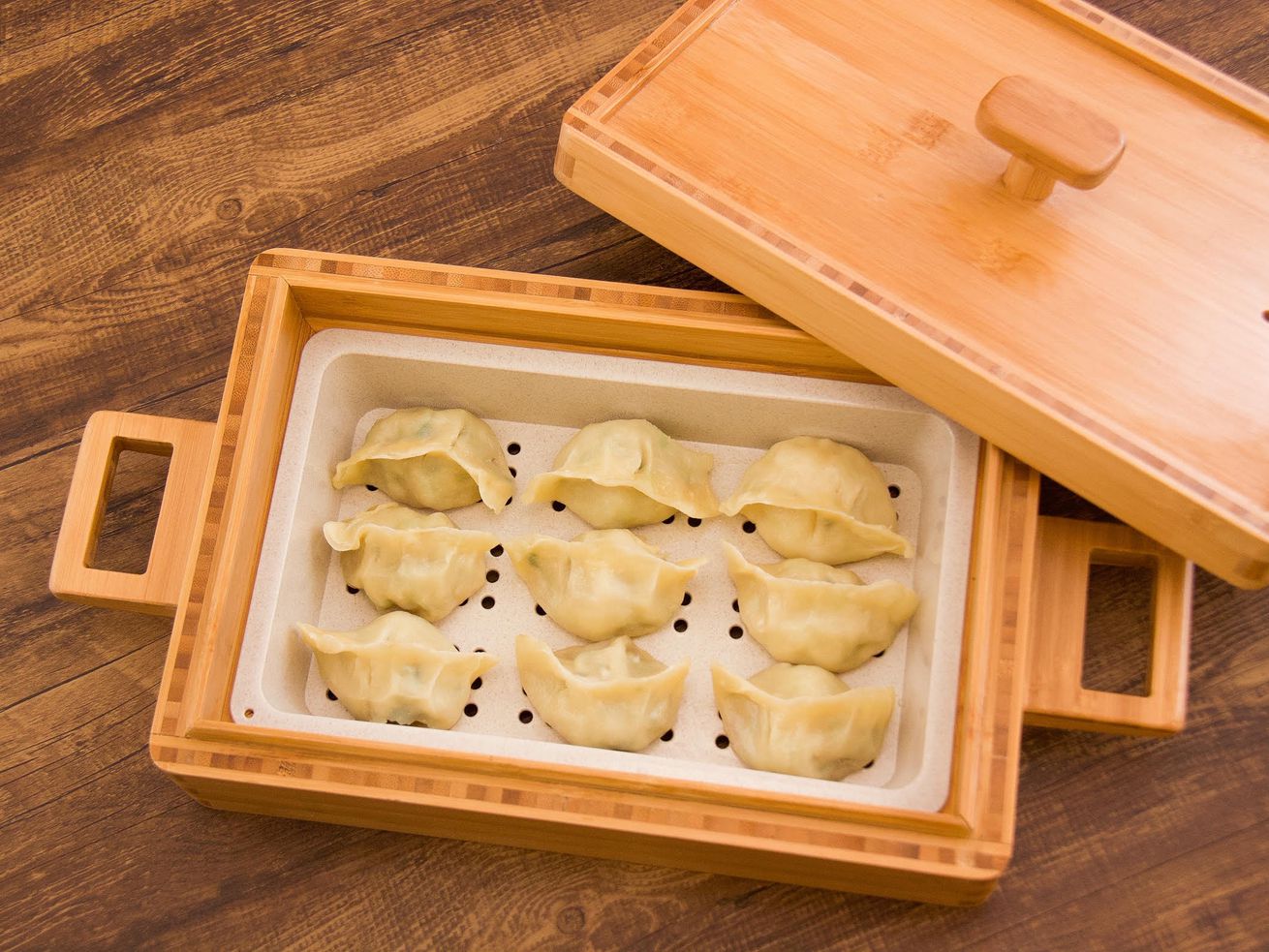 Lovers of Chinese dumplings can look forward to JIAO, a new quick-serve restaurant from the owners of Qing Xiang Yuan Dumplings. The new restaurant has a planned May opening in the Loop at 18 S. Wabash Avenue. But it’s about more than a single restaurant, as QXY manager Eric Zhou believes the time is right in America to unveil an ambitious new brand of Chinese restaurants.

Chicago could be the ideal space to open the first of perhaps many JIAOs without the competition cities like New York and LA — which have larger Chinese populations — face. Immigration patterns affect food choices; pot stickers just don’t just fall from the sky. The New York-area has more than five times as many Chinese-Americans as the Chicago area.

“We see JIAO as a brand-new restaurant,” Zhou wrote via email. “It innovates so much more compared to QXY, including operation, design, and kitchen flow line. JIAO is a fast-food restaurant while QXY is casual dining, which are two different dining experiences.”

QXY often earns mention as one of the best restaurants in Chinatown thanks to fresh dumplings served in a relaxed, customer-friendly setting. Its popularity has risen in recent years and that’s led to long waits for tables. Management felt it was time to open a second restaurant, according to Zhou. While Chinatown is a valuable hub for immigrants, ownership felt a downtown location would give them a better chance to expand.

“QXY is currently located in Chinatown, which has its own limitation,” Zhou wrote. “In order to grow, we have to expand to a more valuable location.”

QXY remodeled its Chinatown space in 2018 to handle more customers and JIAO represents the next step in the company’s evolution. Ownership also wants to set an example, to show other Chinese restaurant owners that they also can innovate.

“American customers usually think that the only advantages of Chinese restaurants are affordable and delicious,” Zhou wrote. “We’re eager to break that stereotyped impression.”

The restaurant’s Beijing-based team is working on new packaging. That’s one of the reasons QXY hasn’t started a catering arm; they’re worried about the quality of their food suffering through Chicago’s frigid cold. The Chinese team is also developing a QXY app for iOS and Android. Customers could use the app or a kiosk to order their food. In Chinatown, QXY presents its menus to customers using tablet computers.

Jiao is the sound of how Chinese pronounce to the word for dumplings. QXY’s owners want that sound to be synonymous with dumplings in America. It’s an ambitious branding attempt as QXY’s owners hope to capitalize on an American population ready for more dynamic Chinese choices. While Chicago’s Chinese food isn’t as widely praised as other American cities, Zhou points out that there are plenty of restaurants in Chicago, some with Michelin pedigrees, that use Chinese flavors. That shows there’s a healthy demand for Chinese food in the city.

“I believe if JIAO succeeds, there will be more Chinese restaurants that are willing to come to Chicago,” Zhou wrote. “In this way, Chicago people will have much wider choices of Chinese food.”