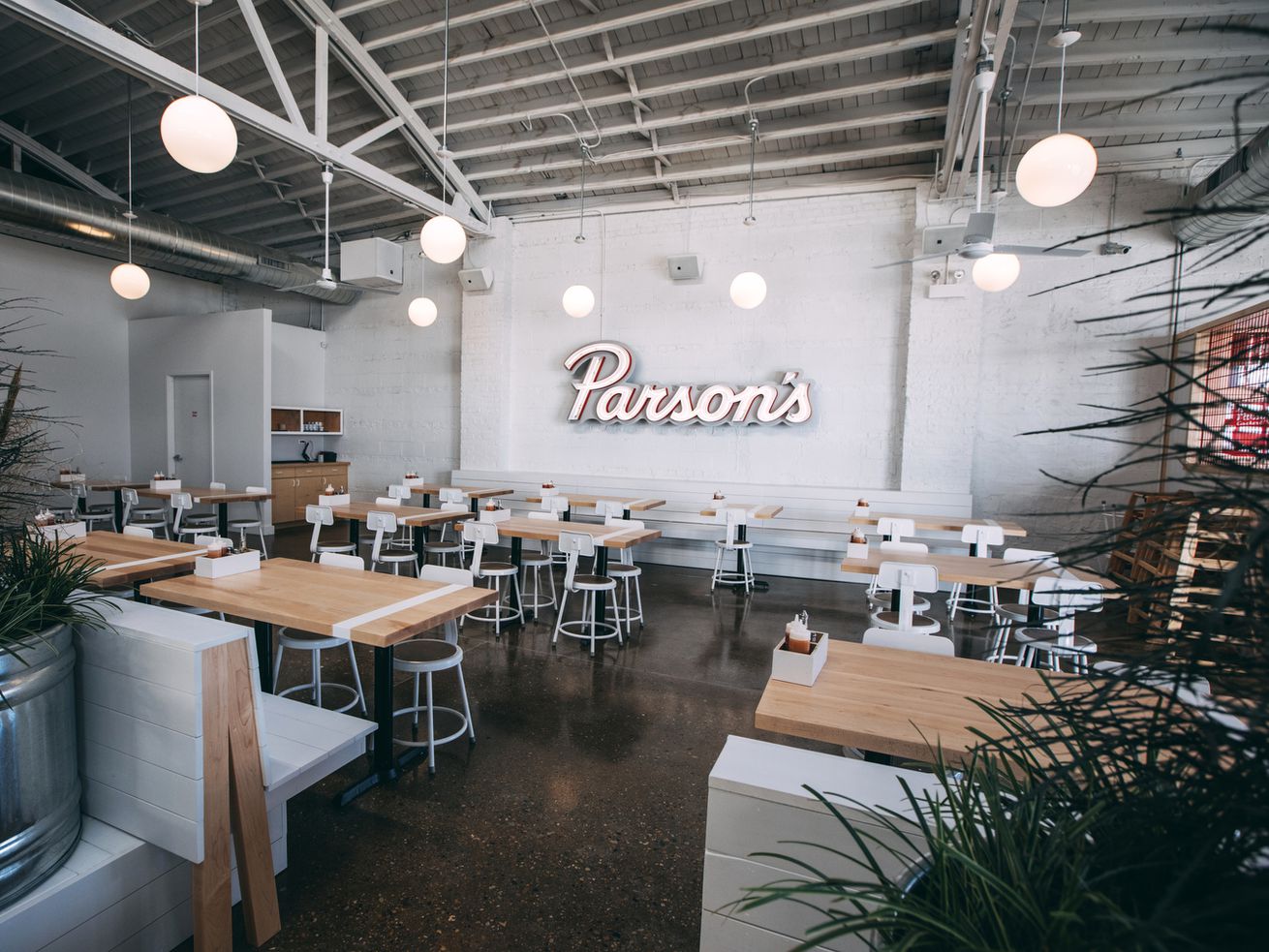 Will frozen negronis give the neighborhood cred?

Lincoln Park may seem to be an odd neighborhood for the company behind hip Logan Square spots like Longman & Eagle, Lost Lake, and Lonesome Rose, but a partner at Land and Sea Dept. said that the area was ideal for the second location of Parson’s Chicken & Fish. The fried chicken spot, which is known for its fun frozen cocktails and atmosphere, debuts a second location tonight at 2435-39 N. Halsted Street.

The area around Halsted, Fullerton, and Lincoln has changed since demolition crews razed Children’s Memorial Hospital in 2012. Restaurants have come and gone without the hospital’s patients and workers around as customers. But recently, new restaurants such as Nighthawk: AM, Dog Haus Biergarten, and Bobby’s Lincoln Park have debuted to give the area new options to accompany the usual block of restaurants aimed at serving students at nearby DePaul University. Now Parson’s has arrived. Its patio should be one of the busiest outdoor spaces around in the springtime.

“A Parson’s location has to meet certain needs, and we felt the building and the property in Lincoln Park was a perfect fit, one that satisfied our requirements, and a property type that can be tricky to find here in Chicago,” Land and Sea Dept.’s partner Peter Toalson wrote in an email.

“The Parson’s patio has — first and foremost — always been about good times, and we expect the Lincoln Park location will offer this same feel, totally,” he wrote.

The first Parson’s opened five years ago near Humboldt Park. Toalson said they realized soon after that they could possibly open additional locations. A Nashville location is in the works, but he didn’t want to talk about that location, which was announced in March 2017. They took their time with opening a second location.

Toalson expects to ramp up delivery and catering operations with another Parson’s, as they can serve more of Chicago. He envisions synergy between the two restaurants.

“We worked very hard last summer to reduce wait times at the original location, and we feel that the Lincoln Park one will only help in this regard,” he wrote.

The Lincoln Park location’s hours will match Logan Square’s and that means they’ll serve daily brunch and late-night food at the new location.