Onward, the Second Restaurant From Grace’s Ex-Owner, Opens on Friday Near Loyola 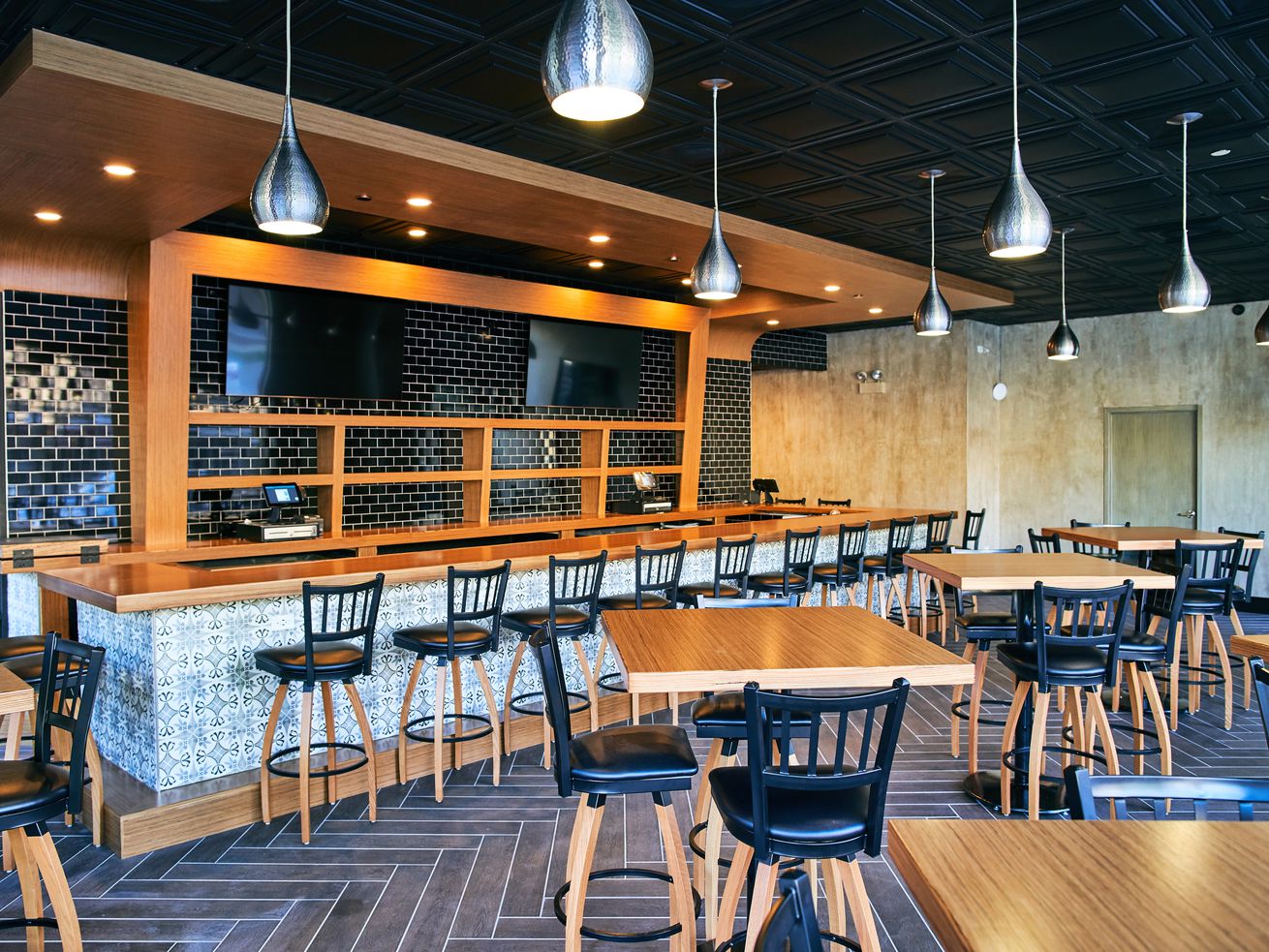 The former owner of Grace already opened one restaurant this week and he’s going to open a second on Friday. Onward will serve American comfort food and it’s more casual compared to the Japanese fine dining owner Michael Olszewski unveiled at Yugen. It’s a comfy space with upscale touches in a sea of fast food options near Loyola University’s Rogers Park campus.

Onward’s opening has been delayed and chef Patrick Russ knows that that’s caused some doubt given how Grace, a successful and highly rated restaurant helmed by celebrity chef Curtis Duffy, suddenly closed last year. Many have taken sides as the chef/owner relationship deteriorated.

Russ, who worked at restaurants including Seven Lions, said he had a summer menu ready. But the opening was delayed so he created a fall menu. Construction and equipment problems continued. He’s now unveiling a winter menu.

“Mike took a lot of time and pride in building the space out and he wanted to make sure it was done right and the team agreed,” Russ said. “It just kind of shows how much dedication the family has for this space, for the community, because they didn’t want to half-ass anything.”

Russ is particularly fond of the pastas made on premises. There are three noodle dishes on the menu including a royal trumpet tortelli served with shaved burgundy truffles. If that’s too fancy for Rambler students, they could also opt for a burger. It’s griddled with smoked cheddar, Nueske’s bacon, and “stinger” sauce. Russ expects Onward to be a hit with the university community during parents’ weekend. They’ll also offer Friday brunch; smart students don’t schedule Friday classes.

Eventually they’ll add a to-go counter with gelato. They’ll open with dinner and lunch before eventually adding brunch. A patio will open next year and staff hopes it will be a great place to enjoy the house cocktails. Pastry chef Kevin McCormick is a restaurant veteran who worked at Beacon Tavern in River North. There’s a private dining room and a big bar that Russ envisions will also be rented out for private events.

Olszewski has let his chefs be the faces and voices of his new restaurants. He’s said little to the media. Last week at Yugen, he checked in on the West Loop restaurant before the opening and went out of his way to compliment his employees. Russ has had the same experience at Onward.

“People are going to say what people say, and of course there’s drama, and gossip, and rumors and things like that,” Russ said. “All I can say is my experience with Mike has been great.”

Through all of that, Onward will finally open on Friday and Russ is excited. He feels that this family-owned spot could be special.

“I hope the people that are genuinely mad at what happened [at Grace] can come in and have a great time here,” Russ said.

Take a look at the menus below. Onward opens on Friday.