No shortcuts for One Central megadevelopment, says Lightfoot 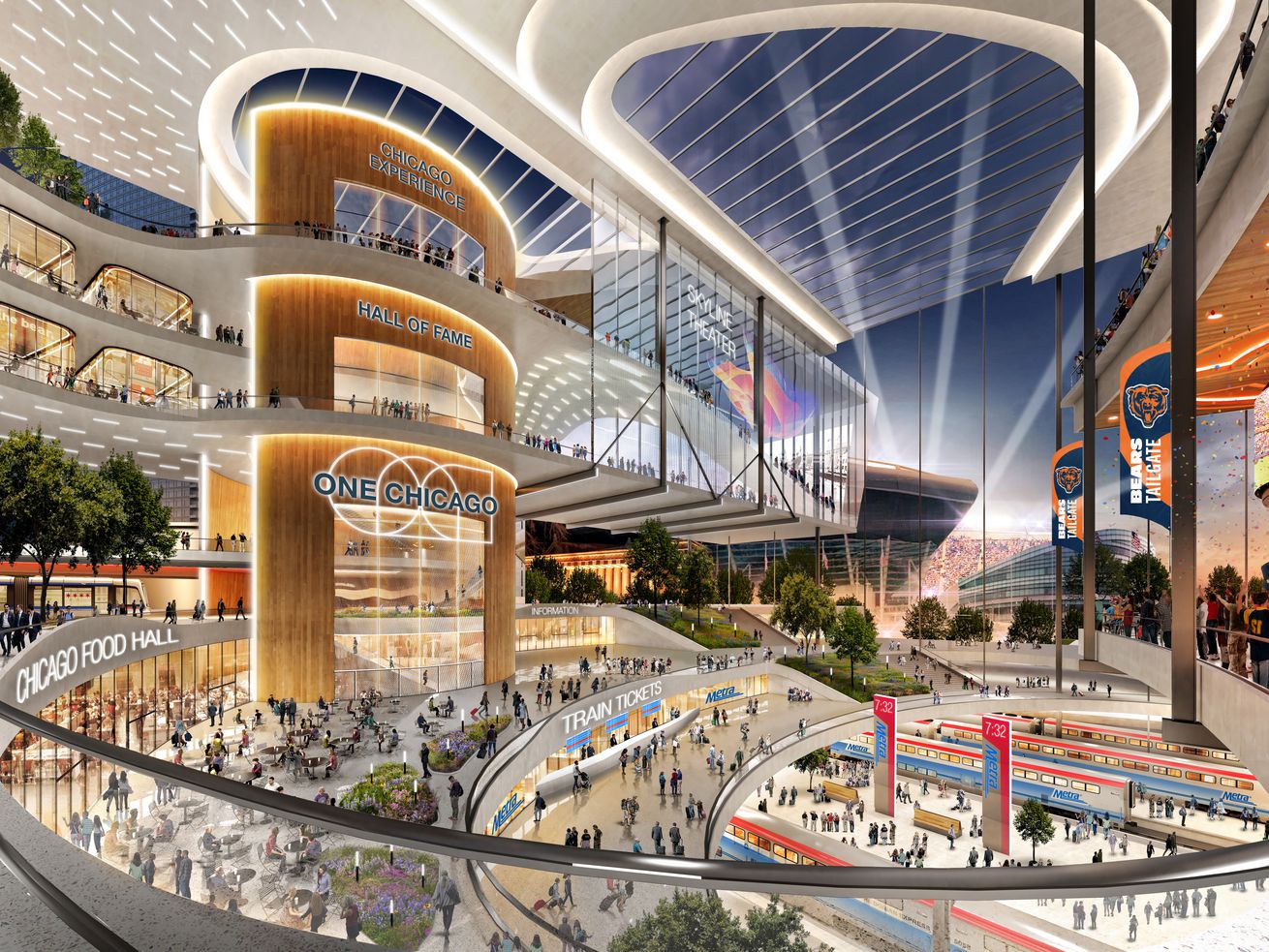 Mayor Lori Lightfoot has made it clear, once again, that the proposed megadevelopment One Central will need to make a case for building a transportation hub between Soldier Field and McCormick Place in the South Loop.

At a press conference Thursday morning unrelated to the development, Mayor Lightfoot was asked about the project which some say goes against issues on which she campaigned. The mayor has promised to make neighborhood investment a priority, and One Central is similar to the massive projects, like Lincoln Yards, green lit by former Mayor Emanuel.

The $20 billion, 34-acre One Central project, proposed by Landmark Development, has a 50-foot tall deck over existing Metra rail tracks, towering high-rises, shops and restaurants, a pedestrian bridge connecting the South Loop to the lakefront, and a transportation hub that would serve Metra, CTA, Amtrak, and a bus line that would use the sunken busway between Millennium Park and McCormick Place.

“I’ve been pretty clear on my views about that project. I met with them and gave unequivocal guidance which is they can’t ignore public comment, they can’t ignore elected officials,” Lightfoot said. “I’m not sure that having a transportation hub in that area is a priority for us. But fundamentally the message that we left with them, is that they have to go through the normal department of planning process and there are not going to be any shortcuts in that.”

Earlier in June, 3rd Ward Alderman Pat Dowell and Landmark hosted a workshop for residents to share their thoughts on the project. The alderman’s office said there will be more community engagement, but additional meetings aren’t on the schedule yet.

In order to avoid using tax-increment financing dollars (TIF), the developer went to Springfield for funding which was approved as part of the massive capital infrastructure bill. Lightfoot conveyed that it doesn’t mean the development will get approved in Chicago.

“What they got from Springfield was an opportunity to be eligible for federal dollars,” she said. “So the jury is out on whether or not this project proceeds and we won’t know that until they go forward.”

Landmark Development did not immediately respond when asked to comment.