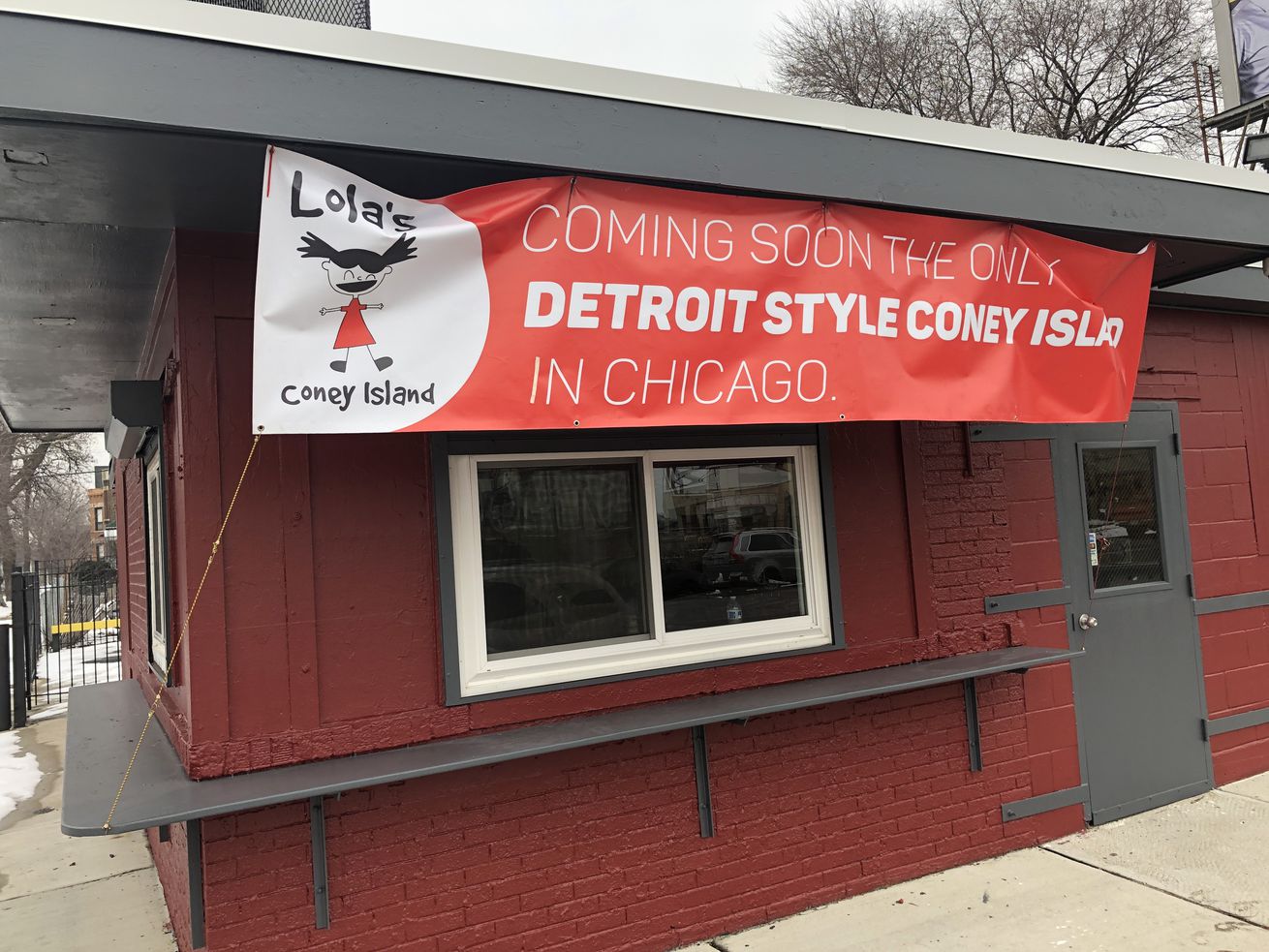 “I just really wanted a Coney,” said Jesse Fakhoury, owner of Lola’s Coney Island, an upcoming hot dog stand in Humboldt Park. Fakhoury, a Detroit native who moved to Chicago in 2000, grew up going to Duly’s Place, a popular Coney stand in the Motor City that Anthony Bourdain visited. That’s where he learned to love the chili-topped hot dogs found in Detroit, and he wants to bring that experience to Chicago in mid-March at 2958 W. Chicago Avenue.

Fakhoury, who sells cars for Mike Anderson Chevrolet, a Portage Park dealership, has taken over the GoGo’s hot dog stand space. Out in front he’s hung a banner “coming soon the only Detroit-style Coney Island in Chicago.” Fakhory said he’s done his research and is confident that his claim is right. But after spending two decades in Chicago, he’s also learned to love the traditional Chicago-style dog dragged through the garden. He plans to serve Chicago-style char dogs at Lola’s as well as New York-style dogs. He’s honoring traditions, serving them authentic without twists. The sausages will have natural casings.

The Detroit-style dog will use sausages and chili from National Coney Island. He’ll assemble the dogs using bread from a Chicago baker. The Chicago dogs will use Vienna Beef products. Vienna also makes a New York-style sausage, so he’ll also use them for his N.Y. rendition. Not many hot dog stands serve Chicago, Detroit, and New York styles of encased meats.

While Chicago has its share of Michigan transplants, Coneys haven’t found an audience. Popular Detroit chain Leo’s Coney Island opened a Chicago location in Lakeview but closed in 2013. Fakhoury blamed the atmosphere, as Leo’s tried to go more upscale with its only Chicago location: “They went too big, too fast,” he said.

Fakhoury’s cousin, George Azar, is the chef at Flowers of Vietnam, a popular Detroit restaurant. Azar worked a stint at Alinea, and shared stories of chef Grant Achatz and company with his nephew. The tales just heightened Fakhoury’s love of food. He hopes he can serve Michigan transplants and Chicagoans when Lola’s opens around St. Patrick’s Day. He also has a message for folks who like ketchup on hot dogs.

“We are not going to condone that kind of behavior,” he said. “As a Detroit guy growing up — eww — it didn’t seem right.”