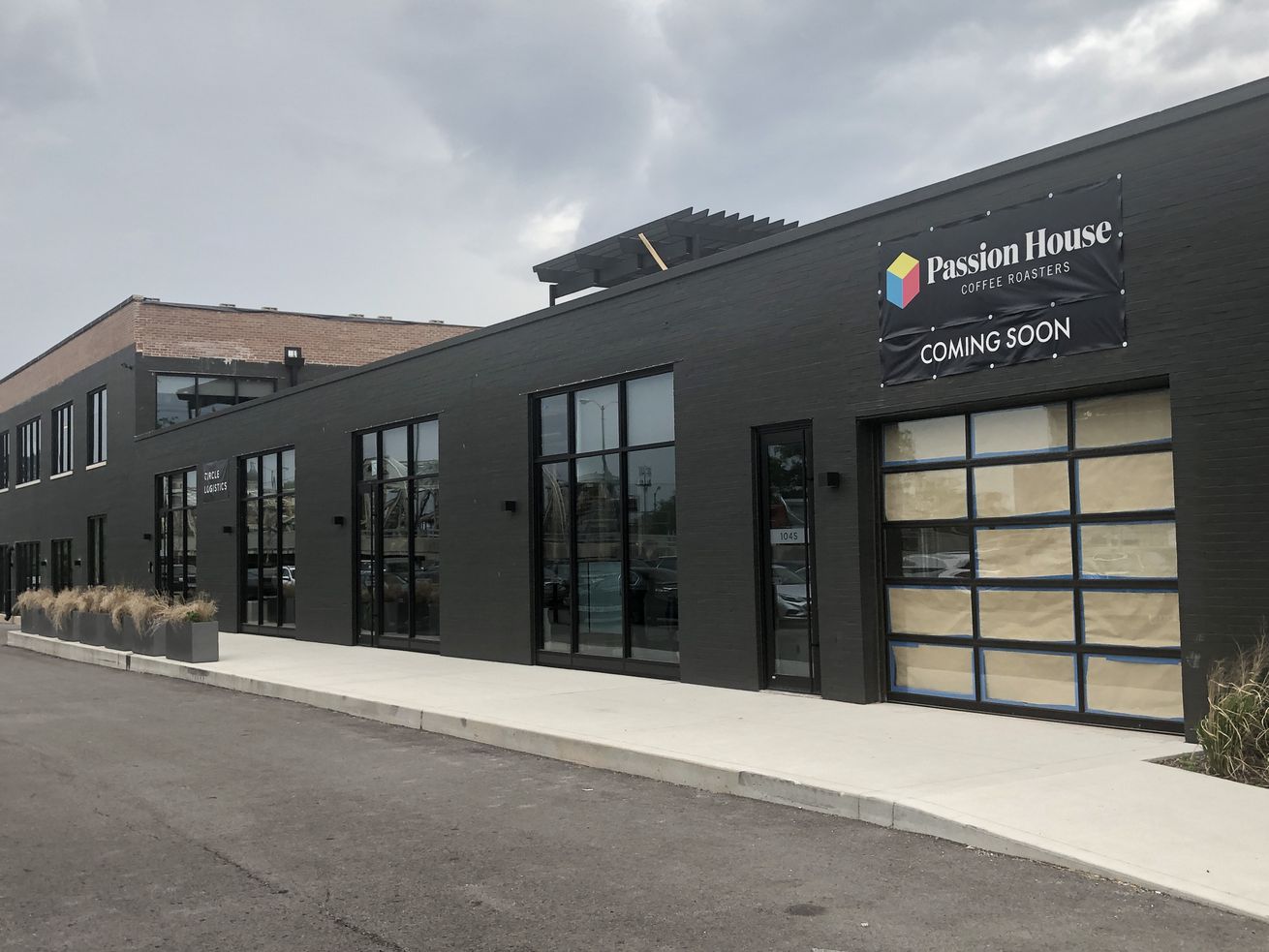 Passion House Coffee Roasters plans to give Goose Island a rare option for food and drink when it opens its third cafe in August, just east of the Kennedy Expressway and the Division Street and Elston Avenue intersection. It’s a bold move within the formerly industrialized area that sees tons of motor vehicle traffic but barely any pedestrians. That portion of Division is also known for Restaurant Depot, the member-only store for restaurant owners; and Goose Island Shrimp House’s fried seafood.

Passion House opened its first cafe in 2017 in Logan Square. Last month, it opened another cafe inside Politan Row, the West Loop food hall that shares a building with McDonald’s Corporation’s headquarters. It’s a big year for Joshua Millman’s coffee company. Later this year, Passion House will move its roasting operations from Fulton Market to East Garfield Park. They’re sharing the facility with Veteran Roasters, a company that helps vets get jobs after their time in the armed forces.

Millman said property developer R2 Companies approached him to move into the Goose Island space. R2 is developing the space on Goose Island, an artificial island through Division Street cutting off at Halsted and Elston. Developer Sterling Bay has its Lincoln Yards development north of the island which has ignited interest in surrounding properties near the river. Amazon already has a building on the island.

R2 has already courted Hogsalt Hospitality’s Brendan Sodikoff for an entertainment complex that will include restaurants along the Chicago River. On Tuesday, Sodikoff — whose Hogsalt restaurants include Au Cheval and Maude’s Liquor Bar in the West Loop — said he didn’t have any updates on the project to share quite yet.

Sodikoff’s presence is meaningful to Millman, as bringing in a well-known restauranteur shows to him how serious R2 is about bringing something unique to the area. Passion House’s cafe will take up about 1,200 square feet; it’s slightly larger than Logan Square. They’ll have a full menu of items including overnight oats, and a vegetable tartine. Millman wants to give customers unique choices. Vegetarians can try a tartine instead of a veggie sandwich (Millman said bland sandwiches are often menu staples at many coffee shops). Earlier this year, they hired chef Jeremy Leven, the former MFK chef who also worked at Gaslight Coffee Roasters in Logan Square.

“I always wanted an elevated food program, I just didn’t know how to do it,” Millman said.

Millman is impressed with R2’s vision for Goose Island, and sees an opportunity for Passion House to be part of something unique. His coffees, which come in three different genres — ambient, mainstream, and experimental — are aimed as gateways, to cater to different tastes. A die-hard coffee fan may enjoy the experimental Kenyan “Take It Easy” while coffee novices may be more comfy with the ambient “Chicago House” blend. Millman was a former DJ and a house music fan; Chicago is the birthplace of that musical genre.

This location is in a strip mall-looking building complete with a parking lot. It’s Passion House’s first location with parking. If development on Goose Island picks up, Passion House could be seen as a pioneer. The prospect of pouring more coffee to Chicagoans excites Millman as he continues to build his company. Passion House Goose Island could open in late August.