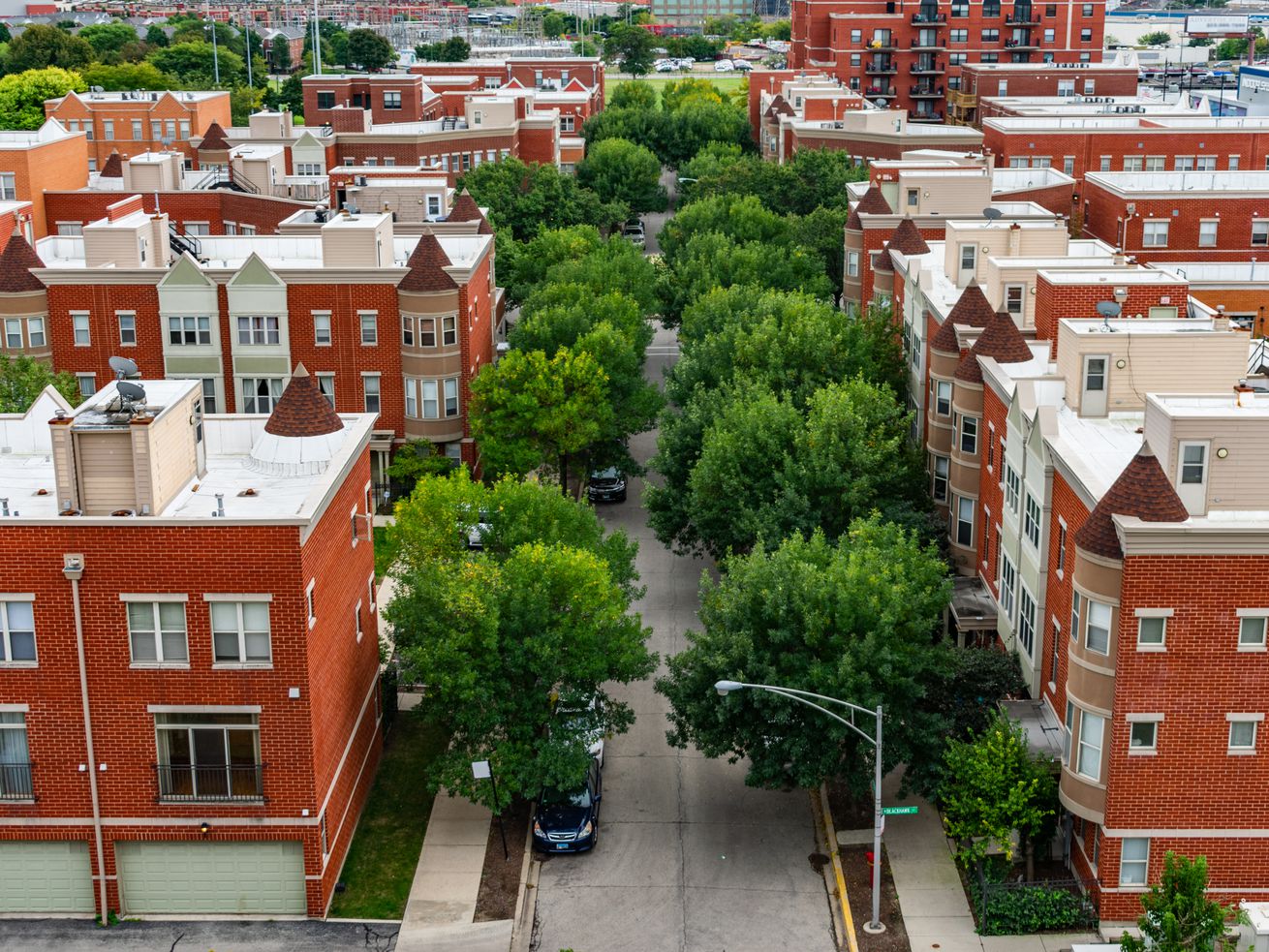 Lincoln Park wasn’t always the pricey ZIP code that it is today—its past is contentious. In a new book, The Battle of Lincoln Park, Daniel Kay Hertz examines the neighborhood’s history and gentrifying changes that took place on the North Side throughout the ’50s and ’60s.

According to the 1950 census, it was the 15th poorest community area in the city, but throughout the next decades the community faced what was arguably Chicago’s first brush with gentrification. As middle-class white homeowners moved into a widening circle of historic bungalows and greystones, they displaced tens of thousands of low-income residents and a growing backlash challenged those changes.

The Young Lords, a Puerto Rican gang-turned-community organization, fought valiantly to preserve and expand affordable housing in the neighborhood. However, the confluence of market forces and the presence of millions of dollars of federal urban renewal funds dramatically remade the neighborhood’s racial and class makeup, shrinking the neighborhood population from 102,000 in 1950 to 67,000 in 2016.

Hertz traces the community’s transformation, capturing gentrifiers’ tone-deaf quest to save the neighborhood and the poorer residents’ desire to stay in their homes. Lincoln Park’s transformation into a wealthy enclave took decades; The Battle of Lincoln Park documents that critical period of change.

Hertz discusses his new book with Curbed Chicago and how to make urban development a more inclusive process.

Curbed: Much of the Lincoln Park gentrification narrative will be similar to other neighborhoods. What have you noticed about the gentrification that’s happened in the past and compared to now?

Daniel Kay Hertz: I wrote this book from the perspective from a young, white-collar white person. I’m clearly a gentrifier in some ways, and most of my friends are. One of the things that struck me as the most surprisingly similar was the discourse of gentrifiers themselves—authentic neighborhood living, self-loathing, or loathing of others who are just like you. The psychology has changed so little on the part of the gentrifiers.

The biggest thing that’s different is that we don’t live in a period of federal urban renewal anymore, and that has a ton of huge implications. One is we don’t have federal requirements for community advisory boards anymore. It means that the city isn’t seizing or tearing down entire streets at a time: gentrification happens via private investment, mostly one building at a time, whether it’s a new building or an owner rehabbing an older apartment building.

On the one hand, it’s very good that the city isn’t tearing down entire streetscapes at a time. In terms of organizing against it, we’ve returned to the early period in the book—it’s hard to organize against this very diffuse process that’s decentralized to a million different private decisions, rather than a handful of centralized public decisions where you can launch a more coherent and powerful campaign against.

The closest analogue in Chicago right now is that some aldermen have zoning advisory boards, or they use neighborhood associations regularly. They’ll pass development proposals by them and meet with them. While it is a set infrastructure people can go through to have input on these things, I think many of them clearly have the same issues that LPCA and LPCCC did. There’s a huge difference between having some members of the community in a room giving input, and having a representative selection of people from the community give input.

All down the line, there are things baked into that model, so I do have the sense that “Let’s all get in a room and talk about it,” there’s some inherent problems to that that I think should be more often addressed.

There are many different constituencies over many decades that seem to be very invested in having some kind of neighborhood infrastructure through which they can give feedback, but the question is: who is the neighborhood?

In the book, you write, “The story of Lincoln Park shows that displacement and disinvestment are not separate processes – they are two sides of the same coin.” What did that mean in the context of the gentrification of this neighborhood, and is there a right way to change cities?

One of the points I try to make is these opposing processes of disinvestment and gentrification actually happen on parallel tracks for many, many decades. But, even though they’ve been happening at the same time, the extent to which they’ve progressed has differed. In the ’50s and ’60s, the dominant thing going on here was disinvestment and abandonment by the white middle class, therefore we expect that to be the dominant theme in Lincoln Park. Whereas now, you look around, and those headwinds aren’t quite as strong, or at least not in downtown and on the North Side.

It’s more clear to me now, having written the book, that the counterfactual is not, what if all the middle-class white people had stayed in the suburbs? Instead, what if they had fought the larger processes of disinvestment that were ravaging the rest of the city?

What if every neighborhood in Chicago had decent public services? It would take the edge off of this bidding war that people put themselves in, to get on the winning side of this divide, which has the effect of stripping money away from the rest of the city.

Obviously it’s easier said than done, for a lot of reasons, but to me that seems like the most realistic, hopeful path forward. We’re not going to fundamentally change how capitalism works in the near future, but maybe we can take some of the edge off of the incredibly self-defeating and harmful competition that arises from these unequally distributed public resources.

Editor’s note: This interview has been condensed and edited for clarity.