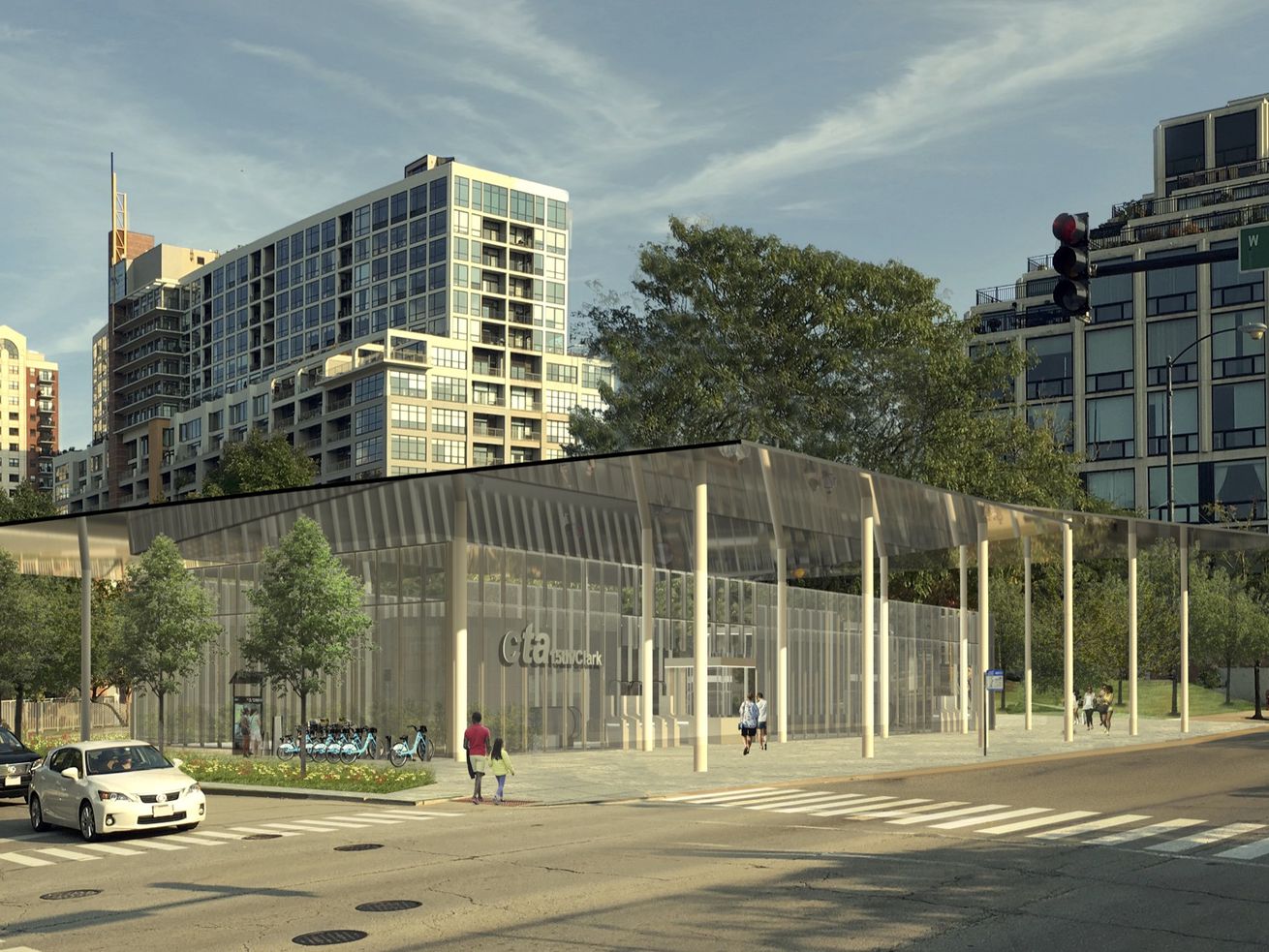 Related Midwest wants to build the station at Clark and 15th Street, across from it 62-acre megadevelopment

Earlier this week, Related Midwest provided South Loop residents with a first look at its plans to build a new CTA Red Line subway stop next to its massive mixed-use development site known as “The 78”. The proposed transit link is vital to the developer’s $7 billion project, which will transform 62-acres of vacant riverfront land into Chicago’s 78th official community area.

The proposal places the new station at the southeast corner of Clark and 15th streets on CTA-owned land currently occupied by a ventilation house used to feed air to the existing Red Line tube below. Wrapped in glass, the proposed top would feature an open interior atrium to bring natural light to the train platforms as well as aid passenger movement, visibility, and site security.

The complex is expected to cost $300 million, according to an estimate reported by Crain’s. A new tax increment financing (TIF) district is in discussion to fund the station along with other infrastructure project improvements including a new public riverwalk as well as new roads to supplement the already underway Wells-Wentworth Connector.

One particular touchy aspect of the plan includes the temporary closure of nearby Cotton Tail Park in the Dearborn Park residential subdivision. Related Midwest hs selected landscape architect Site Design Group, Ltd. to revamp and improve the park in phases, but the proposal is not without its opponents.

An online petition titled Save Cotton Tail has so far collected more than 350 signatures. In the comments, a number of the document’s supporters expressed concerns over the temporary loss of green space as well as the possibility of the station bringing new crime to the area.

Located in Chicago’s 25th Ward, The 78 received zoning approval from the city earlier this winter. The proposed CTA stop, however, is located in the adjacent 3rd Ward, represented by Alderman Pat Dowell. The elected official made it clear to residents attending the meeting that Related’s plan was far from a done deal.

When reached for comment regarding the new station and planned revamp of Cotton Tail Park, a spokesperson for Related Midwest provided the following statement:

[The 78] will knit together the surrounding neighborhoods by creating new roads, bike lanes, walking paths, an activated riverfront, and a new CTA Red Line Station to build a connection between downtown and the South Loop, Chinatown, Bronzeville, and Pilsen. We believe public transportation is crucial to the strength and vitality of Chicago and are committed to ensuring that all residents have access to our city’s next great neighborhood.

In addition to addressing the site’s connectivity obstacles, a key piece of The 78 coming together will be securing a corporate tenant large enough to jump-start construction on the enormous mixed-use development.

Related’s parcel was a short-list favorite for Amazon during the company’s search for its HQ2 second headquarters. The Seattle-based tech giant ultimately opted to split its new campus between sites in Arlington, Virginia and New York City.