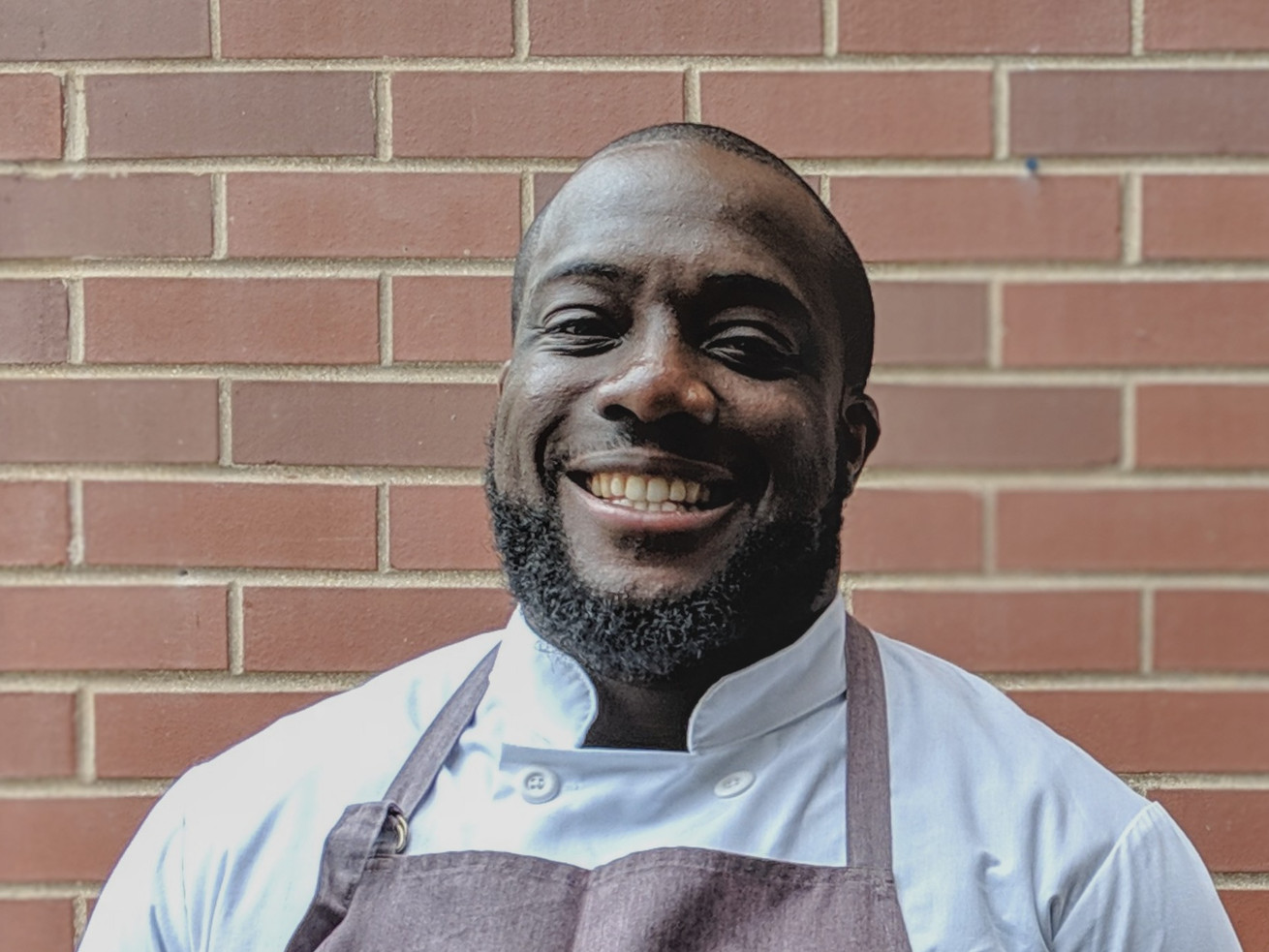 Last week, news broke that acclaimed chef Ian Davis was no longer in his short-lived role as co-executive chef at Michelin-starred restaurant Entente. The departure follows several stories of misconduct made on Instagram and two misconduct claims during his prior job at Michelin-starred brewpub Band of Bohemia. It’s unclear if those two women are part of a group of eight who may have come forward with claims against Davis featured in the aforementioned anonymous Instagram account that surfaced earlier this month. Band of Bohemia’s owners told Eater that the group of eight allegedly included coworkers and others were vendor representatives visiting the restaurant.

“The act he puts on amongst other men is convincing,” one post read on the Instagram account. “Luckily women are coming forward. If you know anything speak up.” Another post read, “Join the Band of Women who have already come forward (8 and counting).”

Band of Bohemia fielded its first account of Davis’s alleged bad behavior back in November 2017 and launched an internal investigation thereafter. But much of Chicago’s food industry didn’t learn of the allegations until the Instagram account — which had the handle “chicago_industry_pig” and about 100 followers — went live. The owner deleted the account last week.

Before his separation with Entente, Davis was in court last week to ask for two emergency orders of protection against two women that he said he was involved with, including one whom he claimed created the Instagram account. (An emergency order of protection is a court action that a party files because they feel they’re in immediate danger from physical harm or harassment. It could require defendants to limit various levels of contact, such as physical, phone, or email, with the plaintiff. )

That said, one of the women claimed to Band of Bohemia that Davis recorded a video of her without consent in an employee bathroom and that he allegedly shared the footage with another employee, according to the brewpub’s owners. Granich is aware of this accusation and described that defendant as “simply a woman in a consensual relationship with Ian who wanted more and didn’t get it.” He implied that this is one of the two women that Davis filed an order of protection against.

Recalling the events of November 2017, Band of Bohemia’s owners Michael Carroll and Craig Sindelar said a female ex-employee came to them with allegations. They launched an investigation but few coworkers came forward with information. The first accuser also eventually told Sindelar and Carroll that “she didn’t want to move forward” with the probe. Davis was never disciplined and left Band of Bohemia about a year later on December 31, 2018. At the time, he told Eater Chicago he left for better opportunities. He wanted to work closer to downtown, he said. (Band of Bohemia is up north in Ravenswood.) Carroll and Sindelar agreed that Davis’s departure had nothing to do with the allegations.

More recently, on January 10, another former female server at Band of Bohemia came forward to Carroll and Sindelar, claiming she was mistreated by Davis. She’s one of the two women Davis filed an order of protection against, Granich said. In addition to the alleged nonconsensual video mentioned above, Carroll and Sindelar said the employee claimed Davis created an environment where she felt pressured into sex.

The message marked a turning point for Carroll and Sindelar in how they viewed Davis, they said. Though the departure from Band of Bohemia was seemingly cordial, these new allegations had Sindelar hoping that Davis “never gets a job in Chicago or anywhere.”

Today, when reflecting on the lack of employee participation in the 2017 investigation, Sindelar and Carroll felt some of their employees might have wanted to protect Davis, figuring that hitching themselves to his star would bring them better employment opportunities as Davis moved up the restaurant hierarchy. Perhaps Davis would find them jobs at Entente or elsewhere, Carroll said. Now armed with more information, Carroll said Davis may have allegedly had help from former workers who aided him in hiding his behavior. “People are scared, he’s a very persuasive person,” he added.

The second accuser at Band of Bohemia told Sindelar that she went to the police. At time of publication, Eater could not locate a police report. But the mention of police changed things at Band of Bohemia. “If we did know about that, he would have been fired immediately,” Sindelar added.

Granich didn’t comment on any hypothetical police involvement, and called into question the woman’s credibility by calling her manipulative. On Monday, Granich told Eater that he’s considering filing a defamation lawsuit against Band of Bohemia.

Since the initial allegations at the end of 2017, Carroll said nearly all of his restaurant’s kitchen staff has turned over. He said that a few employees walked off the job because they didn’t want to work with Davis due to the allegations starting last year. He added that some was just natural restaurant industry turnover.

Entente stealthily announced Davis’s departure on Friday by merely omitting his name in a news release about the restaurant’s move. Restaurant management knew about the allegations soon after they announced Davis’s hire in January, according to a source, but it took weeks to determine their direction. Neither Entente chef Brian Fisher nor owner Ty Fujimura, via a spokesperson, would comment on Davis’s departure. Granich said his client was forced out, while reps at the restaurant said that he elected to “step away from the project.”

Carroll and Sindelar feel that Davis “took advantage of them” because they trusted him. “Anyone can lie to you,” said Sindelar. They’re requiring staff to take misconduct and online harassment trainings through ADP which provide the restaurant’s human resources (HR) services. Many restaurants don’t even have an HR department, but Carroll and Sindelar are insisting they have the proper procedures in place for workers to anonymously report misconduct online.

The Instagram account, which posted photos of Davis along with claims, grabbed the attention of many industry observers and other high-profile chefs. Band of Bohemia’s owners said chef John Shields of Michelin-starred Smyth told them about the since-deactivated account, on which women also claimed they were going to start organizing to keep tabs on abusive men in the food industry and that they were going to create whisper networks with databases as a resource for women who work in restaurants and bars.

Davis’s relationship with Granich goes back a few years. According to court records, Granich represented Davis in 2013 when he was charged with aggravated battery. Initially he was charged with attempted murder, but according to court records the charge was downgraded. Granich described that case as racially motivated, saying “two white guys jumped Davis in Wrigleyville after work.” Granich said that the courts lowered the charge after hearing Davis’s story. He was sentenced to 24 months of probation and his sentence was terminated on time on March 9, 2015, according to records. Granich said that he and Davis were content with how the case closed.

Davis’s two orders of protection are again due up in Cook County court on March 5, according to court records. Meanwhile, Entente will change locations without Davis, and Band of Bohemia is continuing on with a new chef, but they’re not ready to announce his or her name.