Most Chicagoans live 10 minutes from a park, but there’s room for improvement 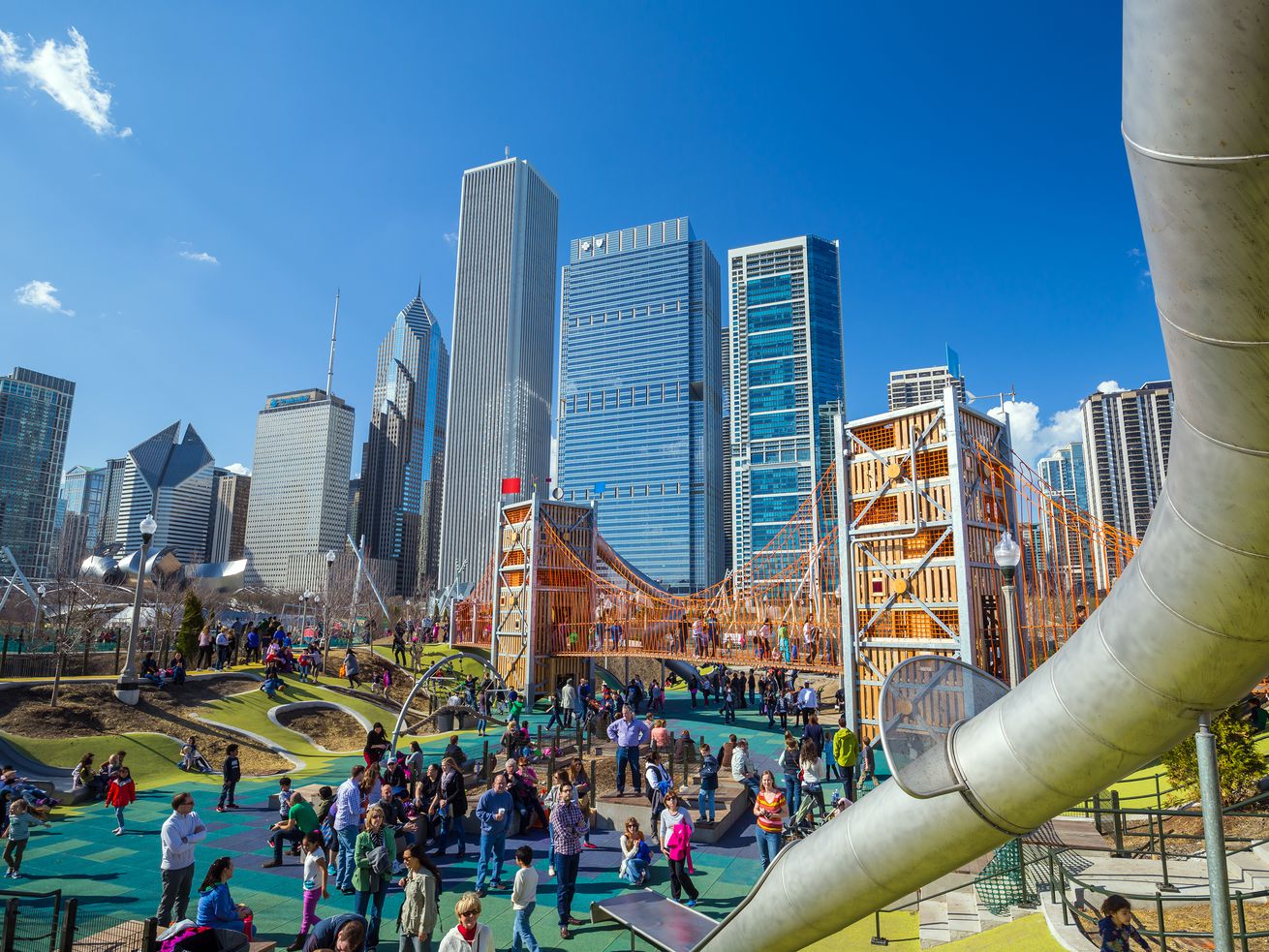 While Chicago may not have the reputation as the most equitable place when it comes city services, investments, and amenities, a recent study found that an impressive 98 percent of residents live within a 10-minute walk—or roughly a half-mile—of a public park.

The findings come from the Trust for Public Land’s ParkScore Index, an annual report that evaluates cities in terms of their park quality, acreage, accessibility, investment, and amenities. According to the data, only San Francisco and Boston earned a better score when it came to park convenience.

Improving Chicago’s parks was a top priority of former Chicago Mayor Rahm Emanuel. The politician publicly pledged to work to ensure that “every kid was within a 10-minute walk of a park or playground,” echoing the goals outlined by the Trust for Public Land.

During his two terms in office, Emanuel oversaw the creation of transformative projects like Maggie Daley Park, the Chicago Riverwalk, the 606 trail, and separating the Chicago Lakefront Trail for bikers and pedestrians plus smaller neighborhood investments in new field houses, boat houses, and playgrounds.

Chicago scored notably well when it came to its number of per capita basketball hoops, rec centers, senior centers, and—most notably—splash pads. The city offers an impressive 8.7 of the watery play areas per 100,000 people—far above the national average of 1.2.

The city’s weakest amenity category was dog parks with just 0.9 dedicated canine facilities per 100,000 people, putting the city in the 46th percentile among the 100 major cities. Chicago’s 2.4 park restrooms per 10,000 residents also showed room for improvement, ranking in the 69th percentile.

Chicago’s score was negatively impacted by its smaller median park size of 2.2 acres compared to the national average of 5 acres. Chicago also came up a bit short with regard to the overall percentage of land dedicated to park space—10 percent versus a national median of 15 percent.

Despite earning a high overall rank, Chicago had a comparatively low per-resident investment of $171 in its parks system. The next lowest city among the top ten was Cincinnati’s $193 of park spending per person. The biggest spender was San Francisco with $318 invested per resident.

This year’s 10th place ranking had Chicago slip from its 8th place spot 2018, when the city cracked ParkScore’s top ten for the first time. The slight decline, however, is more attributed to other cities moving up in the ranking than Chicago taking any regressive steps, according to a statement from the Trust for Public Land.

The study gives a generally positive snapshot of Chicago’s parks system as a whole, but doesn’t get too deep into the uneven distribution of the resources that has historically existed between the city’s well-heeled North Side and underfunded areas on the South and West Sides.

For a closer look at where parks are most critically needed in specific areas of the city, check out Trust for Public Land’s online mapping tool.

PrevPreviousCTA Pink, Green line repairs to speed up service will cut into weekend service
Next10 Upcoming Chicago-Area Restaurants to KnowNext