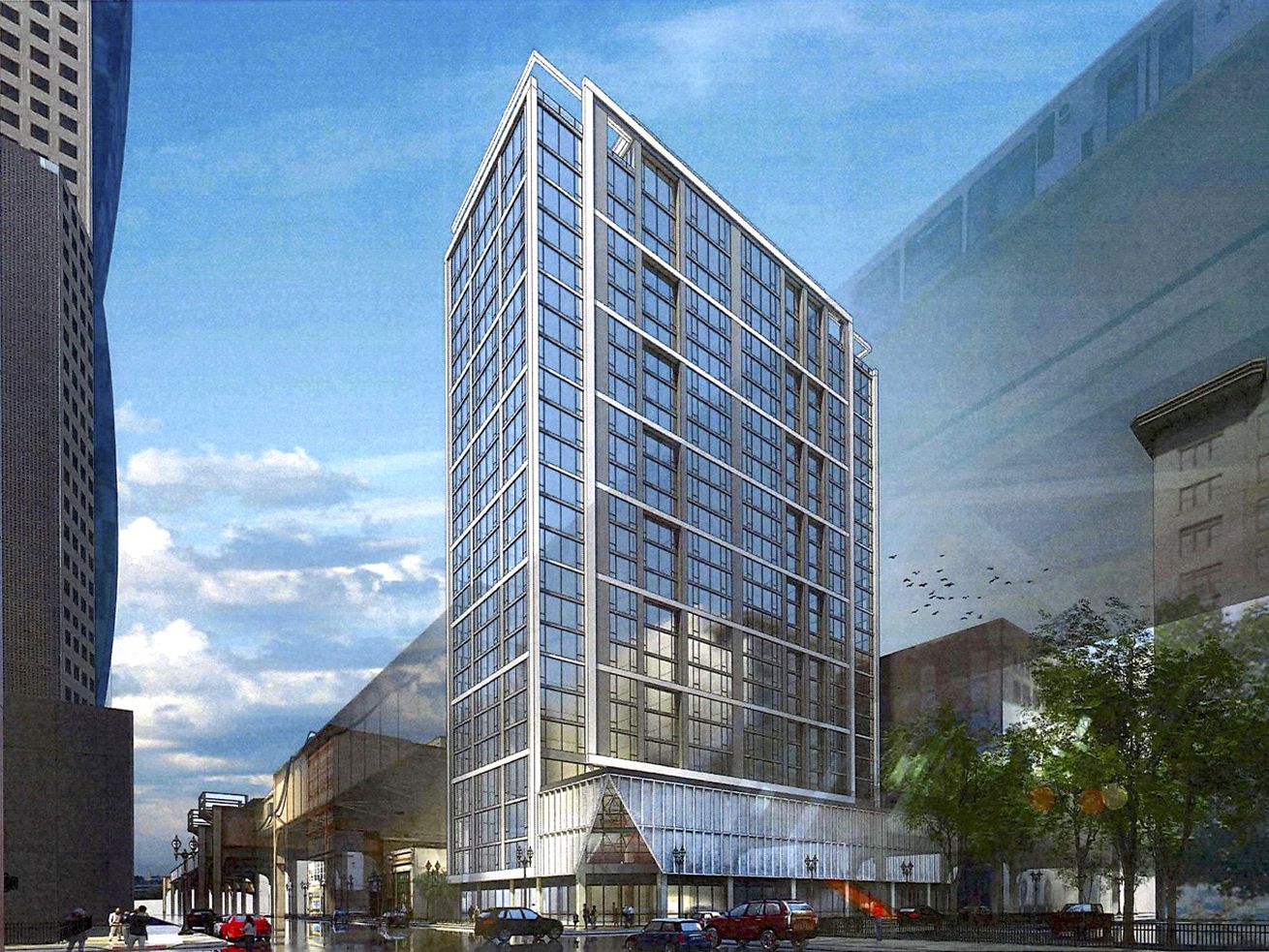 The projects would replace the parking lots at 410 S. Wabash Avenue and 633 S. LaSalle Street

At a recent town hall meeting hosted by 4th Ward Alderman Sophia King, developers presented plans for a new apartment tower at 410 S. Wabash Avenue and a “coliving” at nearby 633 S. LaSalle Street.

Both projects are being pursued “as of right” with no requested changes to the sites’ underlying zoning, according to Mack Thurman, Alderman King’s director of communications and policy. Here’s a quick look at what was discussed.

Proposed for the parking lot at the southwest corner of Wabash and Van Buren, this 24-story apartment development will rise roughly 260 feet along the southern edge of Chicago’s central business district.

It calls for 344 rental units: 220 efficiency units, 60 one-bedrooms, 61 two-bedrooms, and 3 three-bedroom apartments. The ground floor features retail space and a lobby set back from Wabash, topped by a 104-space parking garage.

Three short blocks away, London-based “coliving” company The Collective is looking to replace the parking lot at 633 S. LaSalle Street with a 17-story project along Printer’s Row.

A South Loop coliving development recently opened at nearby 30 E. Balbo Drive. The concept is also being tried out in Chicago’s Logan Square and University Village neighborhoods.

According to the presentation, The Collective’s Chicago expansion will include various indoor and outdoor amenities, including an onsite coworking space. Jointly designed by FitzGerald Associates Architecture and Berkelhamer Architects, the transit-oriented project will provide parking for bicycles but no cars.

The company aims to begin construction as early as this summer and open in early 2021.

Thank you to all who attended tonight’s meeting regarding new developments at 633 S. Lasalle and 410 S. Wabash. We will post their respective presentations on our website shortly.