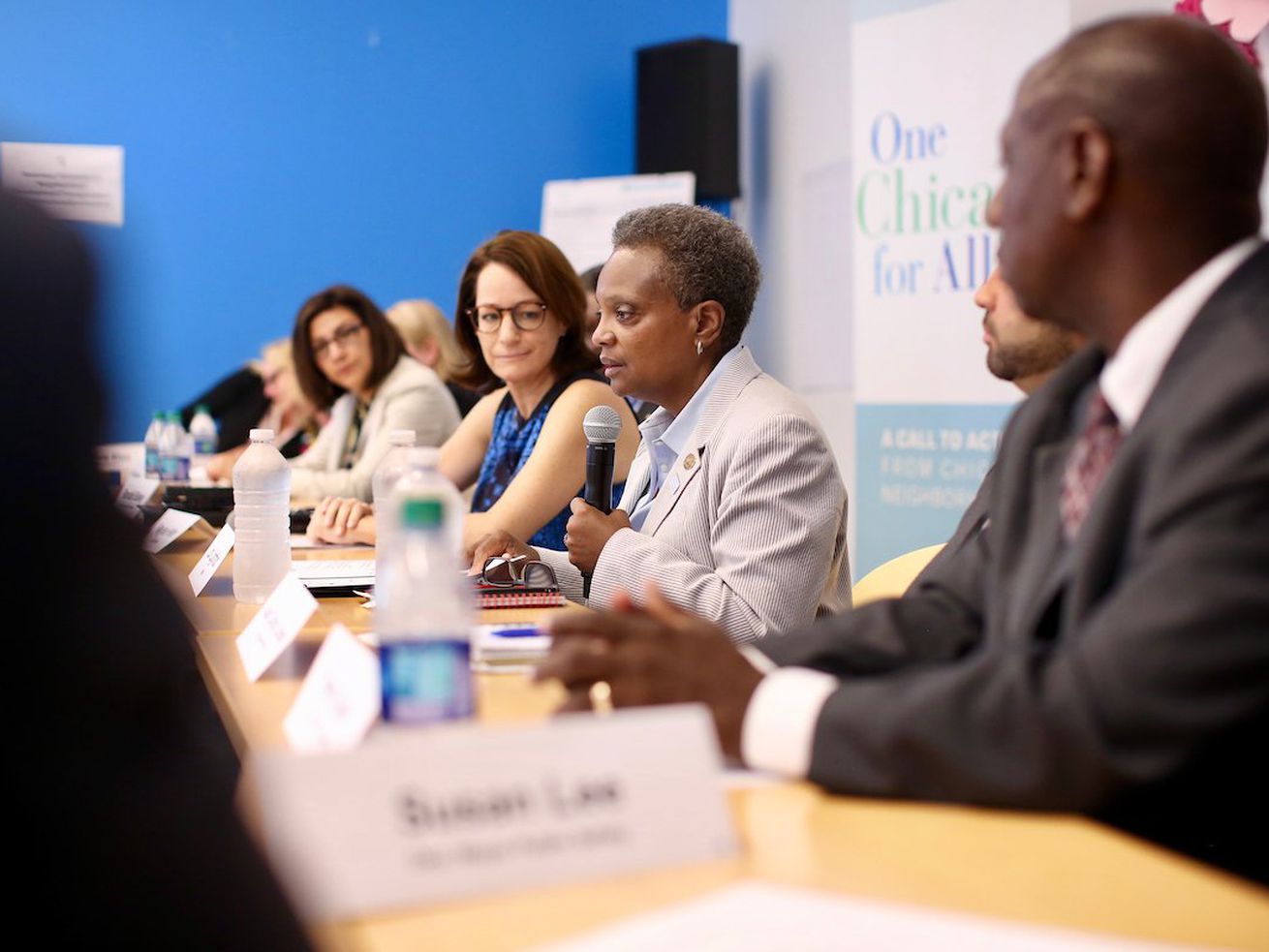 After a citywide listening tour, the administration will regularly meet with neighborhood organizations

Over a period of three months, Mayor Lori Lightfoot and her administration went on a neighborhood “listening tour” where they heard from 28 community organizations about what issues were most important to address.

The six sessions, which took place on the North, South, and West sides of the city, informed municipal leadership on how they can shape initiatives and partnerships that serve the residents. From the start, Lightfoot promised that neighborhoods would get the same time and attention as downtown. And now, this step shows that communities will have a lot of say in what changes.

“We don’t get public policy right if we don’t engage the people who are most affected by the policy,” Lightfoot said at the final meeting on Thursday.

During that time, representatives recapped the highlights of what was discussed at each of the sessions organized by Local Initiatives Support Corporation. Residents talked about gun violence, protecting immigrant communities, building affordable housing, support for homeownership, and economic development. Many of the conversations involved new ideas for partnerships or interventions that would help solve issues related to safety and housing.

Some sensed that the listening tour was a different approach, and that a real collaboration between the city and neighborhood organizations was beginning, said Jeff Bartow, executive director of the Southwest Organizing Project, at Thursday’s meeting.

“My colleague said it best, this is the first time in his entire life, and he grew up in the neighborhood, that we’d ever had the mayor come down and have a conversation with us. That was critical and that was transformative,” said Angela Hurlock, executive director of Claretian Associates at the final meeting.

Moving forward, Lightfoot’s administration plans to continue meeting with community organizations regularly and find ways to integrate feedback into the city’s decision making. Details on policies that will kickstart comprehensive neighborhood investment will be announced in the coming days, Lightfoot teased on Thursday.