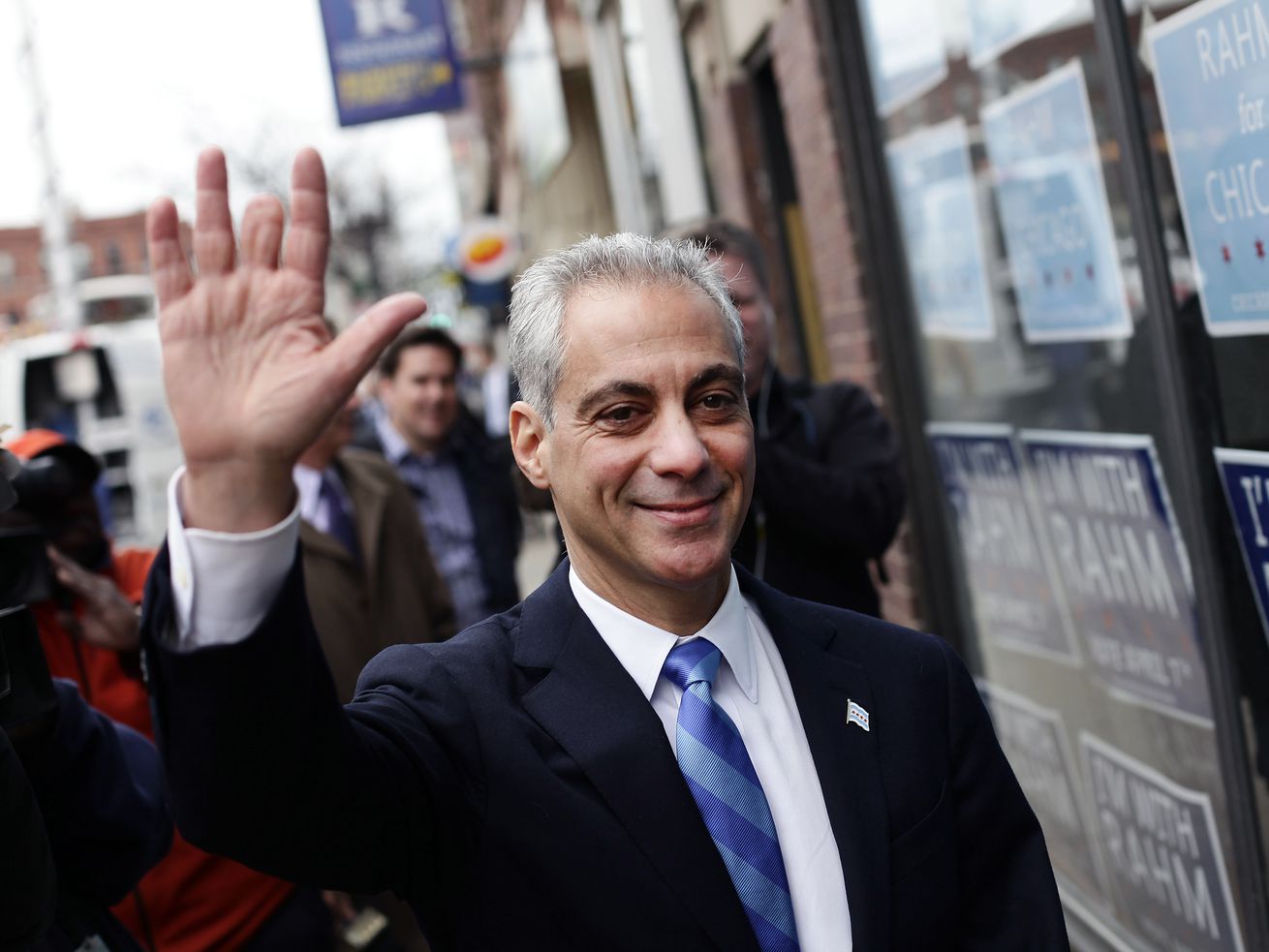 The polarizing politician will leave behind a mixed legacy of new parks, corporate HQs, higher taxes, and gun violence

After more than seven years in office, Chicago Mayor Rahm Emanuel revealed on Tuesday that he will not run for reelection in 2019. The surprise announcement comes after previous indications that Emanuel intended to seek a third term.

The timing of the announcement coincides with the start of the murder trial of Chicago police officer Jason Van Dyke, who is charged with the 2014 shooting of African-American teenager Laquan McDonald. Emanuel was criticized for his handling of the case and his reluctance to release a police video that captured the shooting. The incident gained national attention and went on to galvanize the broader Black Lives Matter movement.

Emanuel, once Barack Obama’s White House chief of staff, has become increasingly unpopular among African-American voters, starting with his move to close dozens of under-enrolled public schools on the city’s West and South sides in 2013. Gun violence in Chicago continues to make national headlines, and Emanuel’s administration has struggled to curtail the issue.

On my first day as Mayor, I promised to make tough decisions, even when it hurts. Today, the time has come to make another tough choice. As much as I love this job & will always love Chicago, I have decided not to seek re-election. https://t.co/bFlFuAxaPV https://t.co/R4IBJCArse

The mayor hoped to make up ground with disenfranchised voters in his second term by prioritizing public park projects and other open-space improvements. The “Building on Burnham” initiative included a number of new field houses, riverwalk improvements, and separate paths for cyclists and pedestrians on Chicago’s Lakefront Trail.

The administration’s overhaul of Chicago’s zoning code expanded the city’s denser downtown boundaries to neighborhoods like River West, Cabrini Green, and the Fulton Market District, and included the Neighborhood Opportunity Bonus system, which allowed developers to pay the city for greater density.

Funds collected through the program are reinvested in small businesses in “opportunity zones” on Chicago’s South and West sides. Despite the best efforts of programs like the Neighborhood Opportunity initiative, it can be argued that Chicago’s development boom has done little to trickle down benefits to the city’s most underserved areas.

On the business front, Emanuel was a big booster of Chicago and successfully attracted a number of downtown corporate relocations. The mayor has played a significant role in the city’s ongoing push to land Amazon’s lucrative HQ2 campus.

In order to increase Chicago’s global competitiveness, the mayor spearheaded an upcoming $8.5 billion project to modernize Chicago’s O’Hare International Airport. He also greenlighted an ambitious plan from entrepreneur Elon Musk to use experimental, unproven technology to drill a high-speed connection between the airport and the city’s Loop.

This transformative project will help Chicago write the next chapter in our legacy of innovation and invention. Find out more about @elonmusk and the @boringcompany‘s plans to build & operate a 12-min Express Service between downtown and O’Hare Airport. https://t.co/fk0X4QrvcK pic.twitter.com/8TfkVS6Xwf

Emanuel may be remembered for his work to correct the crisis facing the city’s underfunded public employee pensions. Though Chicago is still in rough fiscal shape, the steps taken by Emanuel’s administration arguably placed the city on a better path than when he started. Shoring up the pension funds caused some pain elsewhere. Property taxes were raised to record levels under Emanuel’s watch.

It’s unclear what’s next for the current mayor. He may have political ambitions beyond the Windy City, or he might pursue success in the private sector. So far, no fewer than 12 challengers have announced ambitions to succeed Emanuel, according to a tally by the Chicago Tribune.

Emanuel raised $10 million for his abandoned reelection bid for a third term. The mayor spent more than $24 million to defeat Jesus “Chuy” Garcia—who raised the comparatively low figure of $7 million—in an unexpectedly fierce reelection battle in 2015.