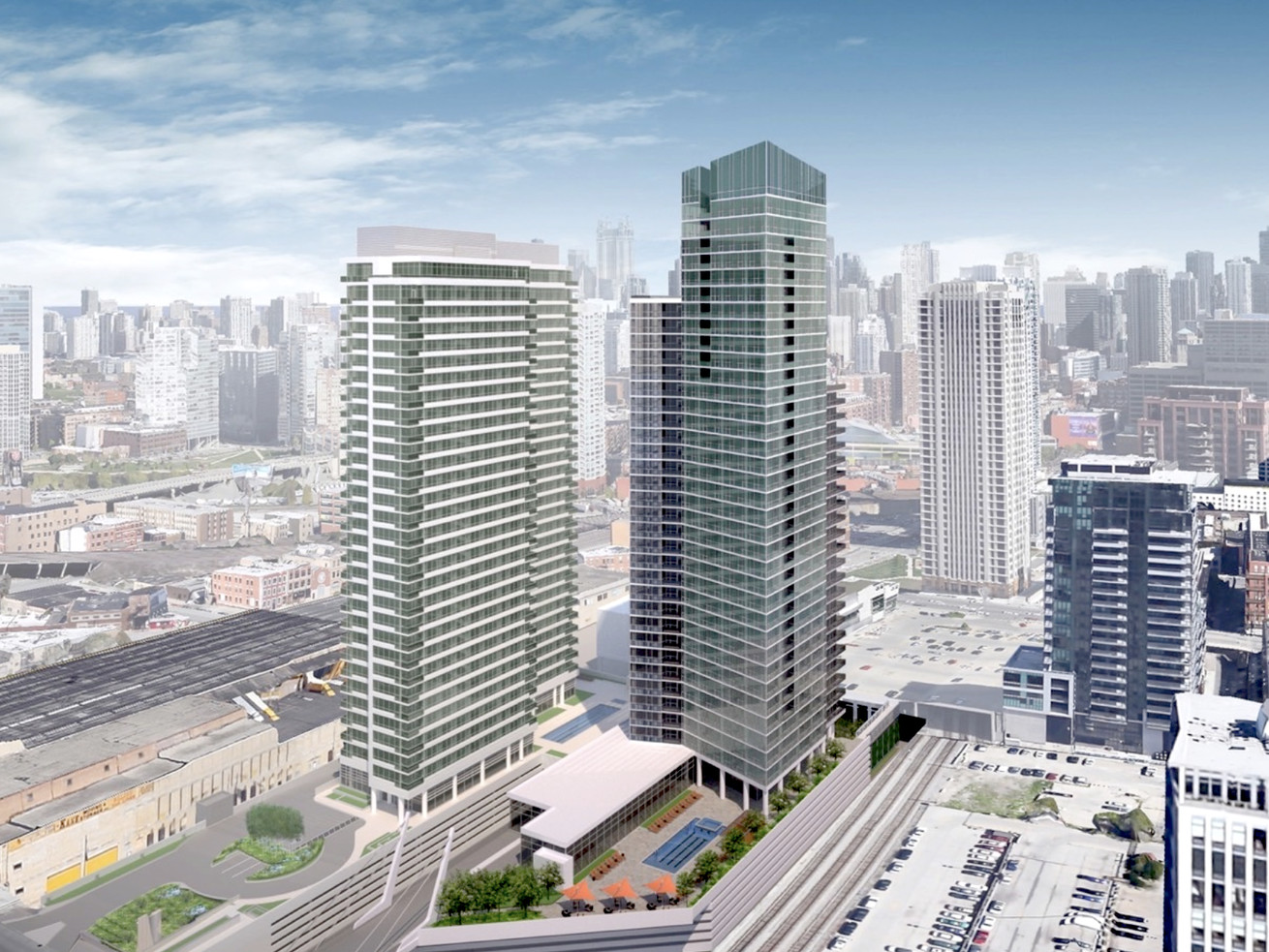 The upcoming building will look very similar to this 2018 rendering but with “updated massing,” according to its developers. | Pappageorge Haymes Partners/Onni Group

Plans to redevelop the vacant parcel bordered by Halsted Street, a set of Metra tracks, and the K2 apartment complex go back at least to 2015, when Crain’s reported that a California developer was pursuing a 38-story tower at the site. That plan was approved in 2016 and later revised in 2018. Based on a new construction permit issued by the city and shared by Chicago Cityscape, the current version of the project will rise 32 stories and contain 373 rental units and 143 parking spaces.

The design, which comes from local architecture firm Pappageorge Haymes Partners, hasn’t changed much from what was shown in 2018 renderings, a representative from Onni tells Curbed Chicago. The developer says it will release updated images later, once it’s time to market and lease the building.

A rendering of Old Town Park phases one (right), two (center), and three (left). | Onni/HPA Rising 41 stories, the rental tower is taller than…