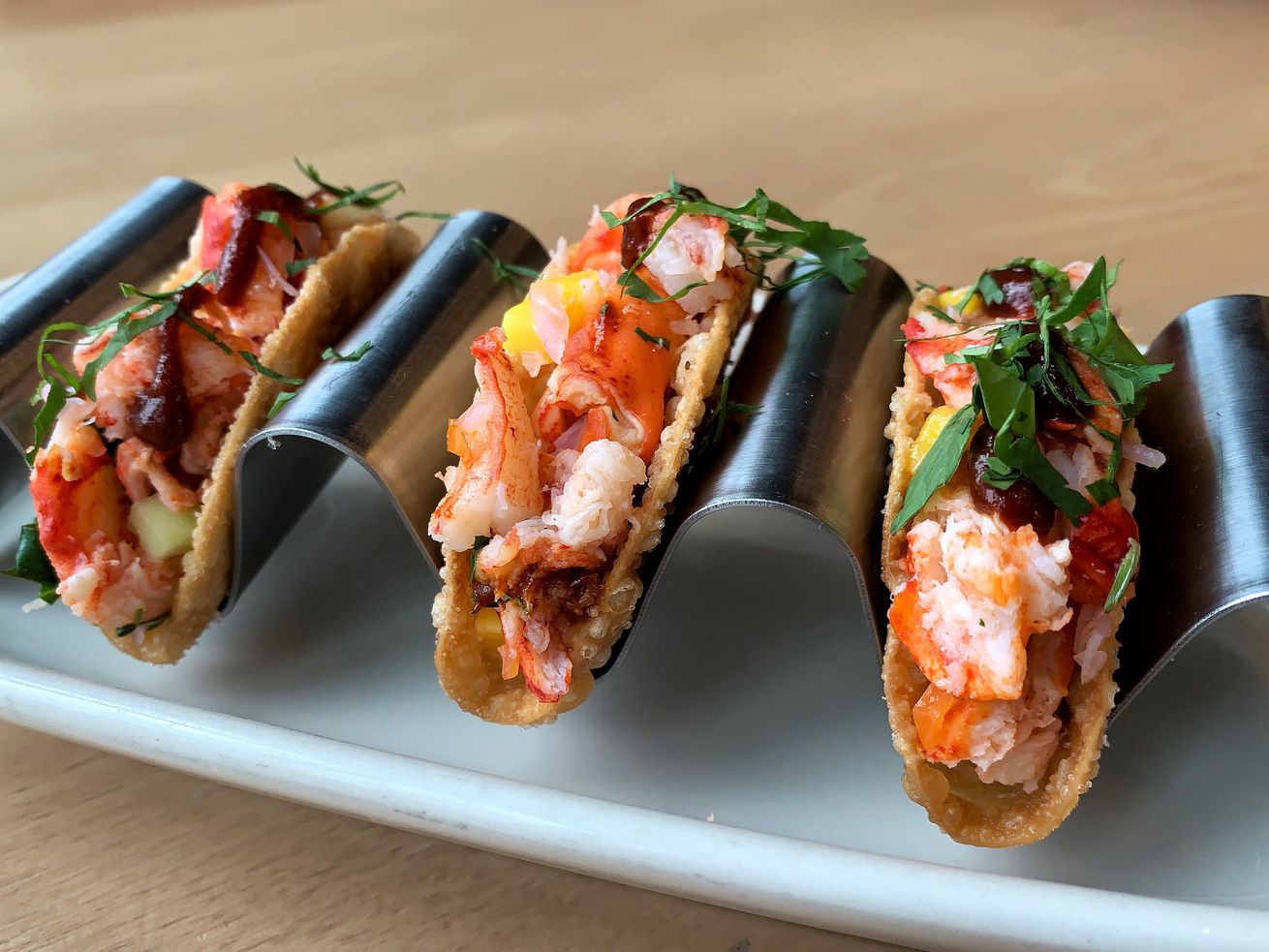 The Whale, an ode to mid-century gamblers and glamor, is betting on July 5

Logan Square’s lavish restaurant and bar the Whale from Ryan Marks, owner of glossy Old Town sports bar the Vig, is slated to open late this week. The luxe spot, named for the casino-culture term that describes a gambler with a budget between $1 to $20 million who makes ample use of the venue’s perks, will open July 5 at 2427 N. Milwaukee Avenue across from the neighborhood’s boozy Taco Bell Cantina, Block Club Chicago reported. Marks has not yet responded to requests for information.

Designed to evoke mid-century American elegance with modern details, the Whale’s interior seats about 200 as well as dozens more in an outdoor space, according to Block Club. Deep reds, blacks, and gold accents amplify the luxury atmosphere, and televisions abound — some booths in the front of the restaurant have two TVs each. When they’re not in use, the screens become mirrors or art pieces, a feature that Marks hopes will keep patrons from feeling overwhelmed by televisions.

And the countdown begins….

There’s no listed menu yet, but pictures of familiar, hearty dishes are available on the Whale’s website and on social media. Options include Colorado lamb chops with crispy potatoes and romesco sauce, mini lobster wonton tacos with avocado, cilantro, mango salsa, and lime aioli, and a Creole-roasted pulled pork sandwich with Creole mayo, coleslaw, garlic dill pickles, and parsley. The Whale plans to serve brunch in addition to dinner, with indulgent offerings such as rock shrimp and grits with bacon, smoked sausage, garlic, yellow onion, and red and poblano peppers.

Diners can expect wine, beer, and cocktails to flow steadily from behind the bar, and brunch attendees can try 100-ounce towers of sangrias, mimosas, or bellinis intended for groups. Details on the drink menu are scarce, but on social media the Whale advertised a “Negroni Week” special that donates $1 from every Negroni sold to Chicago’s Food Bank.

Marks, formerly of Big Onion Tavern Group, opened 1950’s-style sports bar the Vig in Old Town in 2015. He has since formed his own company, Legacy Hospitality. It will be interesting to see how the glam theme fares in a hipster-heavy neighborhood with serious culinary players when it debuts on Friday.