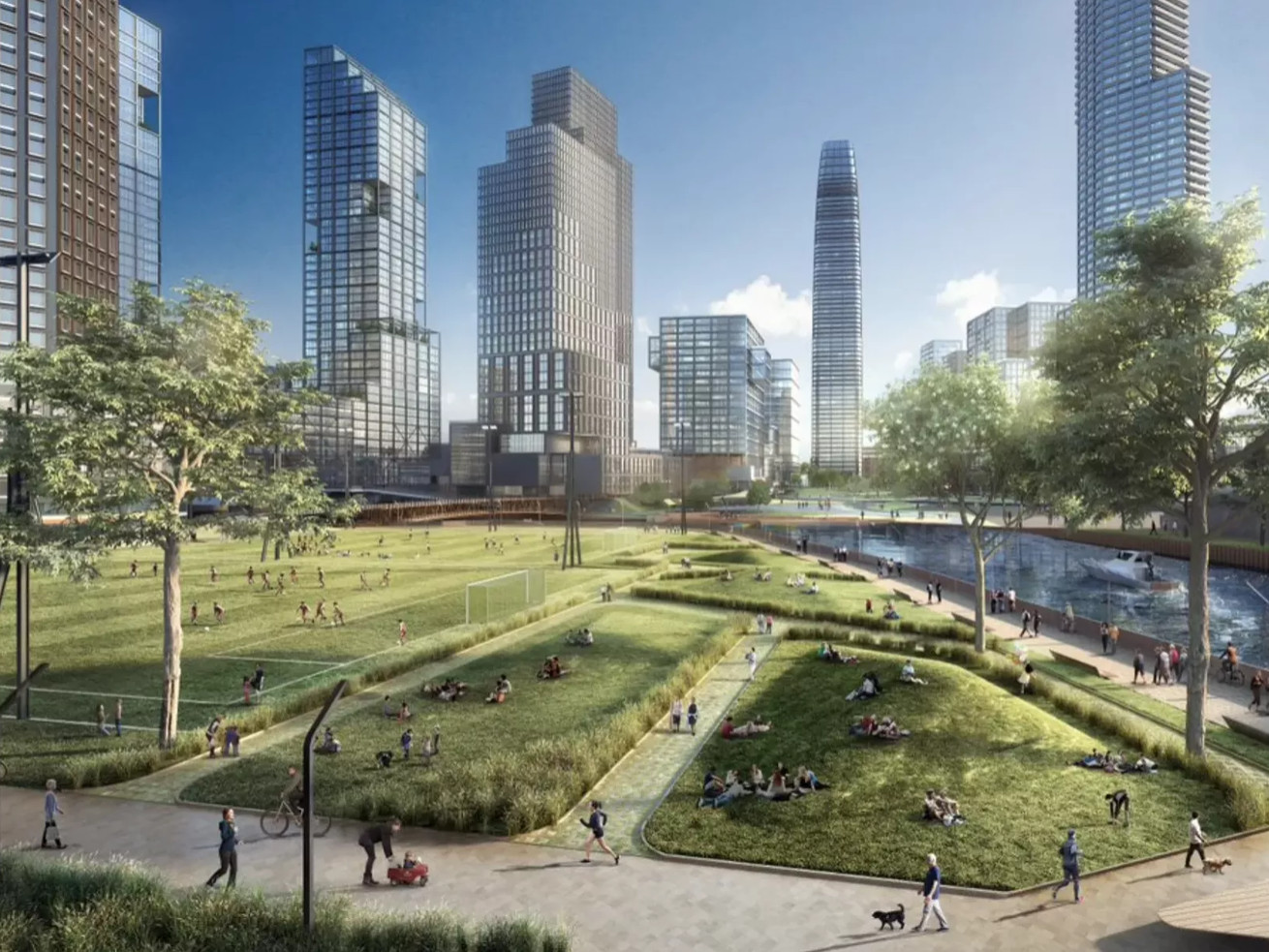 The vote occurred just five days after the public release of an updated plan for the 55-acre proposal straddling the Chicago River between Lincoln Park and Bucktown. The timetable raised concerns that the already controversial process was being unnecessarily rushed.

More than 100 members of the public signed up to comment on the multiphase development which calls for nearly 15 million square feet of mixed-use buildings—some rising as high as 600 feet—plus 21 acres of parkspace, a riverwalk, three new bridges, three water taxi stops, and an extension of The 606 Trail.

Alderman Brian Hopkins, whose 2nd Ward contains Lincoln Yards, doubled-down on his support for the Lincoln Yards project and defended his choice to back the plan without hosting a fourth and final large scale public meeting ahead of the vote.

“I’m offering my strong support of this project. It’s the right thing for the city and the right thing for the community,” said Hopkins, over the sound of dissenting murmurs rising from the chamber’s public gallery. The alderman went on to say that he’s heard the calls to delay the vote given the plan’s recent revisions, but stands firm by his decision.

“Yes, this version of the plan was released on January 19. If you only joined this process then, it’s clearly not enough time. But the first plan was introduced in July of 2018. So when people tell me it’s too fast, my response has been ‘relative to what?,’” said Hopkins. “For me the process really started back in 2013, two years before I became alderman, when it was clear that the Planned Manufacturing District had outlived its usefulness.”

Neighboring 43rd Ward Alderman Michele Smith disagreed with her colleague’s assessment. “This is the biggest development the city will approve in decades and we just got the final version of the plan this week. The last time this body was asked to make a decision this momentous in such little time was the parking meter deal,” said Smith, referencing the universally detested 2008 City Council rubber-stamp vote to sell Chicago’s 36,000 parking meters to a private entity for 75 years.

“All this [is happening] amidst the scandals in the Finance and Zoning committees,” warned Waguespack. “We should delay so that a new mayor and City Council can review the plan. It is essential that we get this right.”

Despite hours of public testimony, the Chicago Plan Commission voted unanimously in favor of Sterling Bay. The approval comes with substantial financial contributions from the developer including a $91.9 million payment into the North Branch Corridor Bonus System and $29.1 million to the Industrial Corridor System Fund.

Established in 2017 during the rezoning of the 760-acre North Branch Industrial Corridor, these payments will be earmarked for nearby transit improvements, open space, and other public benefits as well as investments in industrial areas located in other parts of the city.

Additionally, 20 percent of Lincoln Yards’s 6,000 residential units are subject to the city’s affordability requirements. Of those units, 25 percent will be located on site. Sterling Bay will contribute to the city’s Affordable Housing Trust to cover another 25 percent and has the option to locate the remaining 50 percent of units within three miles of the development site.

Lincoln Yards is expected to take ten years to complete. The first phase of the project calls for a pair of office buildings rising to the heights of 225 and 315 feet, just south of the existing C.H. Robinson headquarters. Sterling Bay will be required to complete key pieces of transportation infrastructure and open space as the project progresses.

Not discussed at Thursday’s meeting, however, was the proposed $900 million tax increment financing (TIF) district designed to reimburse the developer for fronting the costs of new roadways, sidewalks, and bridges. That issue will be addressed next month by the city’s Community Development Commission.

The Plan Commission’s approval represents a vital step in the process, both zoning changes and TIF funds for Lincoln Yards will need to go before the Zoning and Finance committees as well as the City Council for final approval.

Sterling Bay’s Lincoln Yards is the third riverfront megaproject to pass the Plan Commission in recent months. It joins The River District, slated for the Tribune-owned property in River West, and The 78, Related Midwest’s project on the Near South Side. All three sites were included in Chicago’s unsuccessful bid to land Amazon’s HQ2 campus.