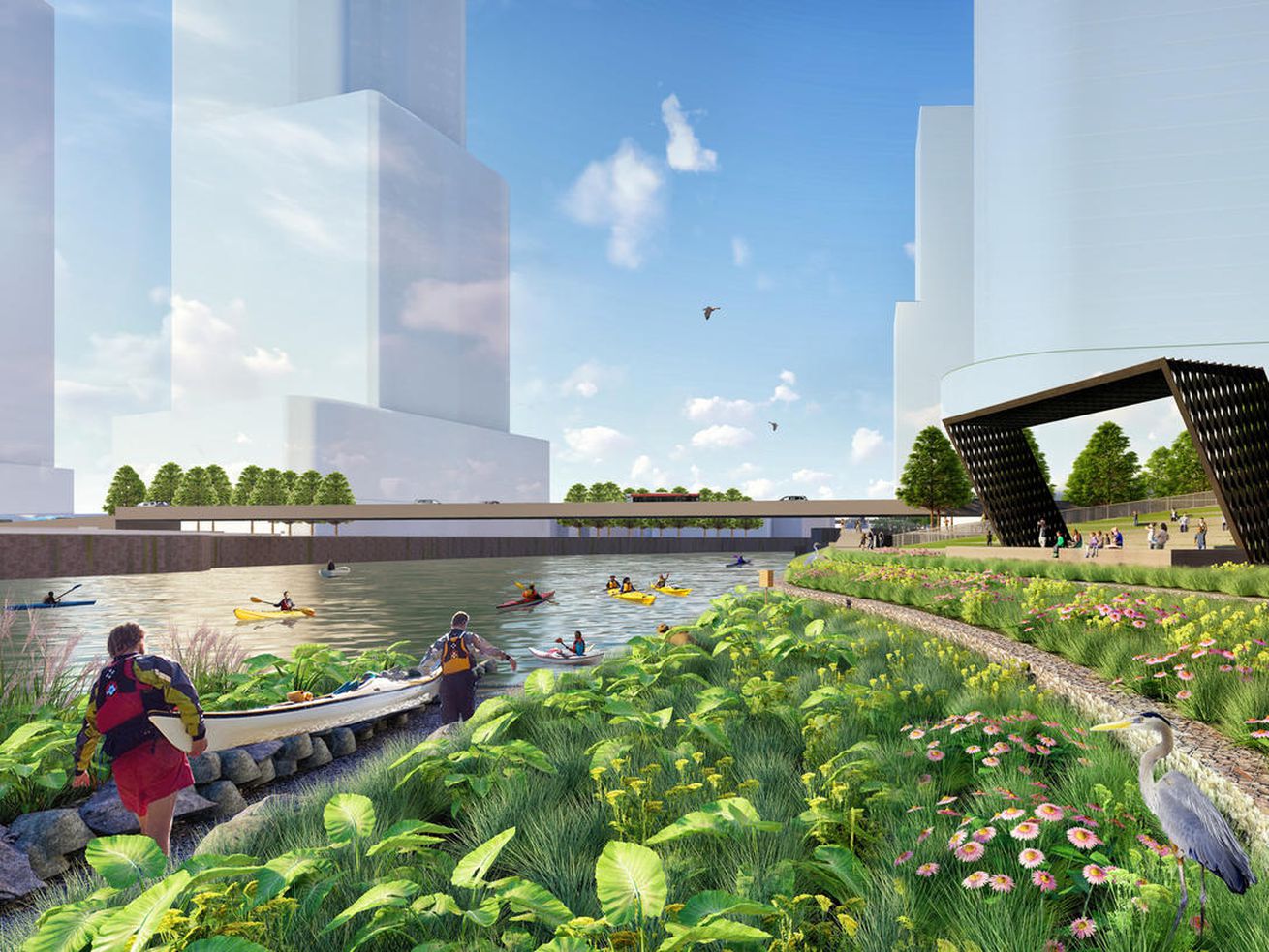 New details and images Sterling Bay’s plan for its mixed-use megadevelopment known as Lincoln Yards have surfaced days ahead of a community meeting led by the developers later this week.

The revised plan eliminates two buildings and gives the remaining high-rise towers a substantial haircut—reducing the max height from 70-stories and roughly 800 feet to around 50 stories and 650 feet. All told, a total of 100 stories of residential and office space has been cut from the Lincoln Yards masterplan by architecture firm Skidmore, Owings & Merrill.

Fewer high-rises does allow for the creation of more green space, something many community members have demanded from the beginning of the rezoning process. Under the latest proposal, publicly accessible open space—including sports fields, playgrounds, and pedestrian paths—will increase from 13.4 acres to 20.9 acres.

Despite the tweaks, the development’s total building area has actually grown from 12 million to 12.8 million square feet. The project’s boundaries have expanded since July to encompass some neighboring parcels including the Sterling Bay-developed C.H. Robinson headquarters.

To win over more neighbors, Sterling Bay will also need to provide more information on how it plans to improve the area’s already insufficient transportation infrastructure. “Nobody, including me, is satisfied with the amount of detail on the public infrastructure build-outs,” 2nd Ward Alderman Hopkins told the Chicago Tribune. “Frankly, I thought we’d be farther along in the process than we are.”

More details and images will be unveiled at a community presentation on Thursday, November 29. That public meeting, which is expected to offer an actual question and answer segment, will take place at 6 p.m. at the Park Community Church auditorium at 1001 N. Crosby Street on the Near North Side.

It remains to be seen how neighbors and other community stakeholders will react to the new plan. If approved, the tallest Lincoln Yards buildings will still tower well above the low-rise neighborhoods of Lincoln Park to the east and Bucktown to the west. The 70-acre, $6 billion development will involve a combined 5,000 residential units, 23,000 permanent jobs, a Live Nation entertainment complex, and a 20,000-seat United Soccer League stadium.