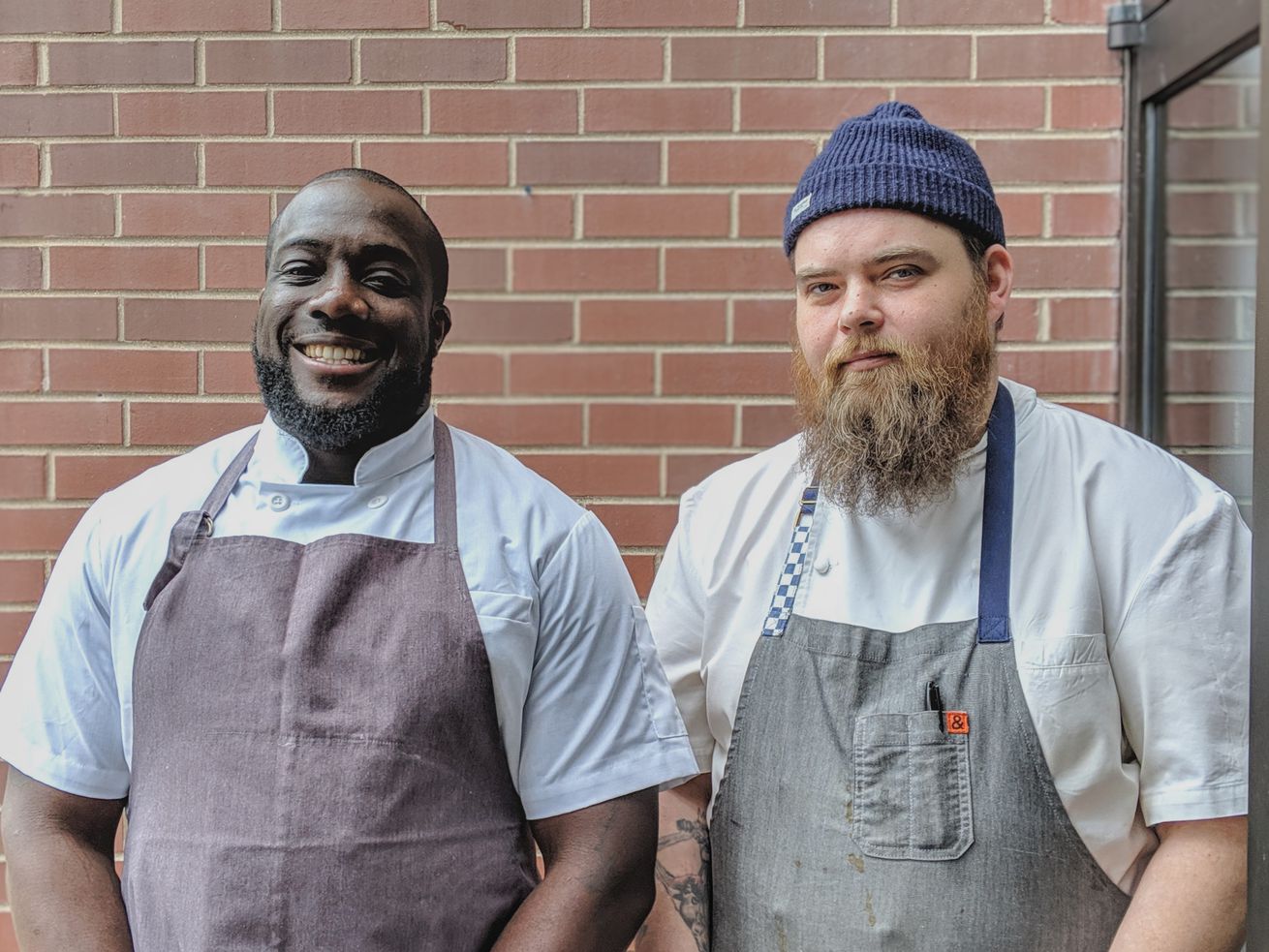 This news isn’t good for Chicagoans living away from downtown who want fine dining options. Management from Entente, the Michelin-starred restaurant that opened three years ago in Lakeview, has announced that it’s moving to River North. The restaurant will close March 2 at 3056 N. Lincoln Avenue and open a new location on March 25 around the corner from the Green Door Tavern. They’re also mixing it up in the kitchen as Ian Davis, the former chef at another Michelin-starred restaurant, Band of Bohemia, is joining the team as co-executive chef.

Despite the loss of a “neighborhood restaurant,” the Entente team is excited — the kitchen is fives times bigger. Davis will share the role with opening chef Brian Fisher. Fisher said the restaurant, which opened in 2016, was doing well in Lakeview. But the chance to move to a new building presented too good of an opportunity. They debated opening a new restaurant at 700 N. Sedgwick Street, but reasoned that new construction would better suit Entente. The older space in Lakeview presented a challenge with the need to retrofit kitchen equipment and problems with the HVAC system. The River North space is already built out, but they’ll be able to tailor certain aspects. The chance to design a new restaurant space is something Fisher and Davis have never done.

Davis, who left Band of Bohemia right before New Year’s Day, is eager to work at a restaurant closer to downtown. While BoB is America’s only Michelin-starred brewpub, Ravenswood is a haul for tourists staying near the city’s center and many times that prevented them from visiting the gorgeous space. Entente 2.0 will be more accessible, and Davis won’t have to worry about beer pairings. He said they were a priority at Band of Bohemia: “It’s like taking off the handcuffs,” Davis said.

It also doesn’t hurt that Davis and Fisher are friends. Fisher was on the hunt for a sous chef, and knew Davis was too accomplished to accept that role, so he cooked up shared title. Now as co-executive chefs, they’ll push each other. Each item will be collaborative; the menu won’t be split 50-50. Fisher described the collaboration like the combining of lions from Voltron.

“I respect him,” Fisher said of Davis. “We balance each other out.”

They’ve already started to work together. Fisher had a few lamb necks in the kitchen and Davis suggested they smoke them. They’ll soon see the results. The overall direction of the menu, contemporary American, should remain the same in River North. Diners will recognize a few items, but there will be tweaks to the tasting menu, perhaps taking a page out of Davis’ time at Band of Bohemia.

“We’re not playing around here, there’s no need to,” Davis said.

Chicagoans who don’t eat at fine dining restaurants may know Fisher’s name from his involvement developing the menus at the Saved by the Bell pop-up and its replacement, the sleek music venue and restaurant Dorian’s in Wicker Park. Dorian’s is self-sufficient, said Fisher. This move had nothing to do with that venture. Neither see it as a temporary scenario. Davis envisions spending six to seven years at Entente.

During their conversations, Fisher and Davis talked about their musical tastes. Fisher is a punk rock kid who’s shifted toward hip hop. Killer Mike even dropped Fisher’s name while on stage during his Riot Fest set last year. Davis enjoys rap, but he also confessed to enjoying the soulful sounds of Adele.

“We balance each other out,” Davis reiterated.

The Tribune first reported the story.