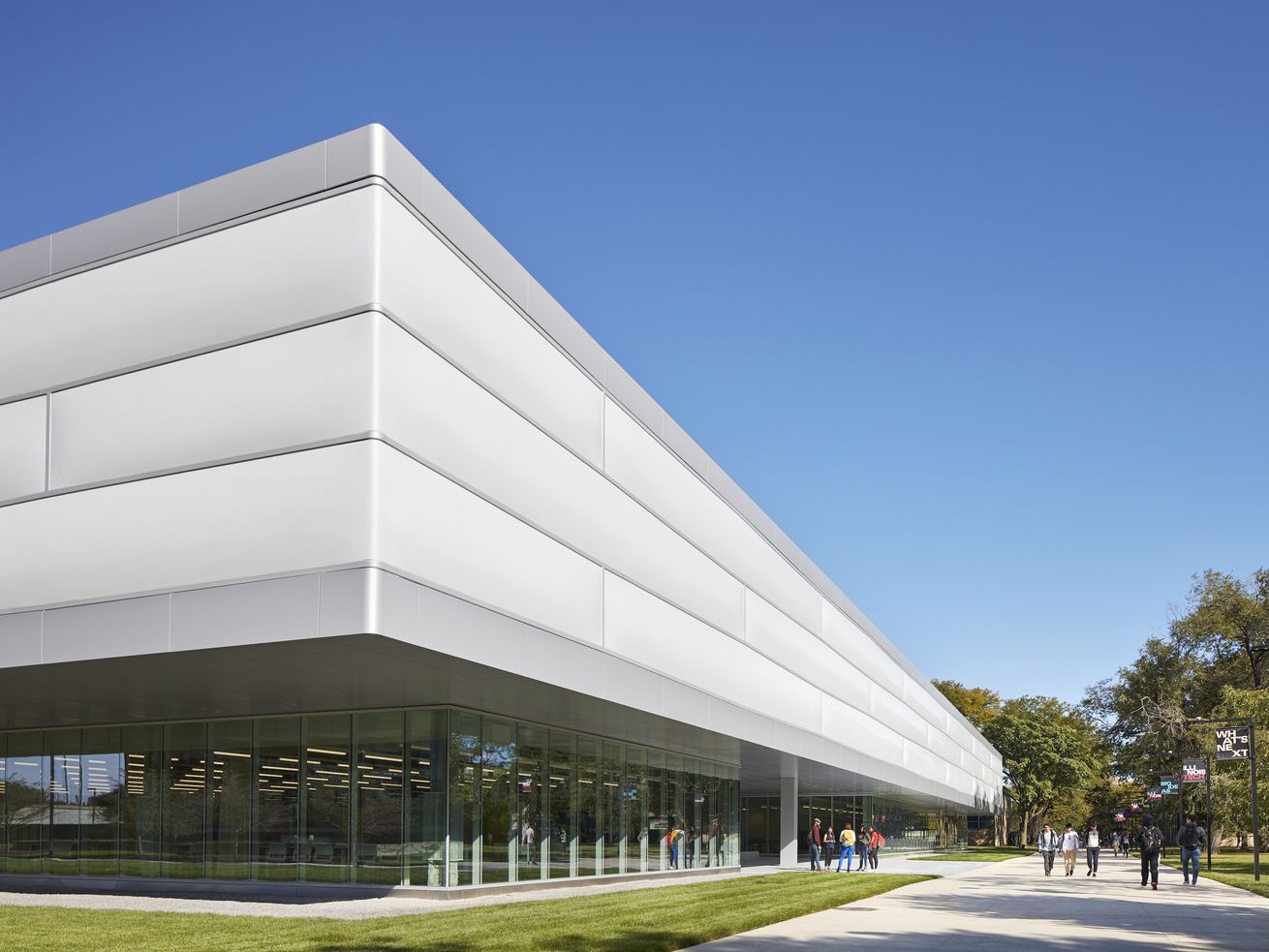 Wrapped in a high-tech ETFE skin, the newly opened building has its roots planted in the school’s architectural past

Ronan, a Chicago-based designer and full professor of architecture at IIT, tipped his hat to Mies by orienting the 72,000-square-foot innovation center to align with the late master’s original 24-foot-square grid system. The low, rectangular shape of the new structure reflects the massing of some of the school’s most famous modernist buildings such as Crown Hall.

When it comes to materials and appearance, however, the Ed Kaplan Family Institute looks to the future and stands boldly apart from its darker, more austere peers. The light-colored building sports a billowing, cloud-like facade rendered in ethylene tetrafluoroethylene (ETFE) plastic—a contemporary material that is both lighter and cheaper than traditional glass—arranged like oversized white bricks.

The ETFE exterior skin—a first for Chicago—consists of several layers separated by air chambers which can be inflated and deflated automatically to alter the amount of sunlight entering the building and reduce both glare and energy usage in real time. The variable facade, along with two interior open-air courtyards, flood the center with natural light, but never to excess.

Designed with interdisciplinary cooperation in mind, the bright interior includes numerous collaboration spaces such as open floorplan studios, lounges, and stairs with stadium seating. Private spaces such as offices, classrooms, and conference rooms are locating closer to the building’s core. The new facility also features prototyping and fabrication facilities and a new home for the school’s Institute of Design, previously located in the Loop.

“It’s an idea factory,” said Ronan of the new building, in a statement. “A place of creative collision between students and faculty across disciplines, where new ideas are explored and tested on their way to becoming meaningful innovations.”

The architecture of the Ed Kaplan Family Institute for Innovation and Tech Entrepreneurship embraces the same concept of creative collision, successfully fusing IIT’s past, present, and future.