Is there hope for the disappearing Chicago two-flat? 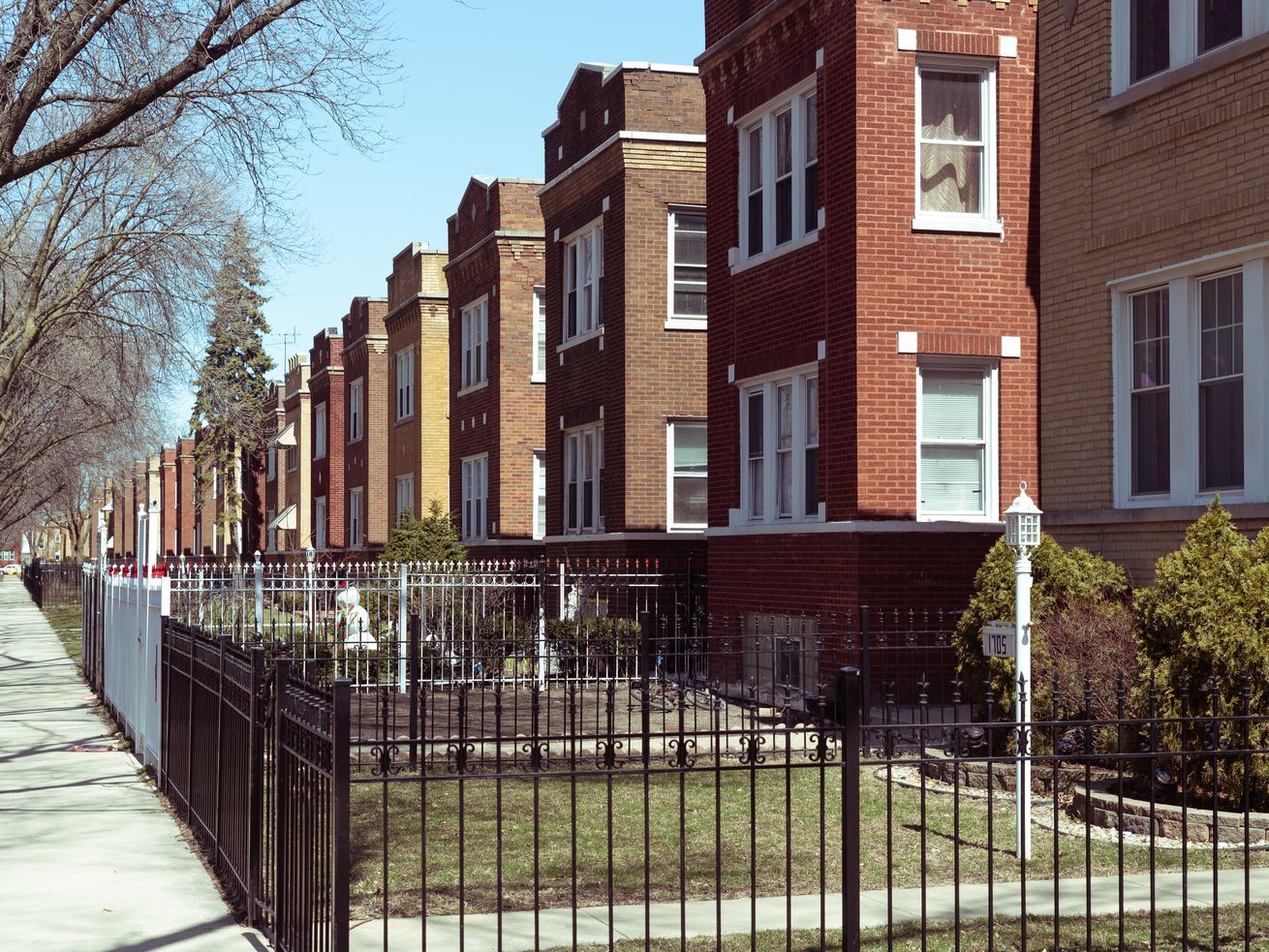 Here’s what the city is really losing as multi-unit, two- to four-flats continue to disappear.

The Chicago two-flat is an essential part of the city’s vernacular architecture. Two-doors hidden behind a single front entrance, rust color brick, improvised back porches on wooden stairs—these buildings have provided quality housing to Chicagoans of all backgrounds for four generations. Steadily they are disappearing. Development pressures, disinvestment, zoning, and changing values threaten Chicago’s stock of small multi-unit buildings and with them the workhorse of Chicago’s affordable housing.

Between 2010 and 2016, small two- and four-flat buildings with multiple units have been the only housing type in decline, according to the DePaul University’s Institute of Housing Studies (IHS). In hot markets, the shells of two-flats remain while building owners and developers gut the interiors to build single-family mansions.

In poorer, disinvested markets, the units are lost to demolition or deterioration. The losses are scattered and overlooked, but the number of units lost is staggering with little to no equivalent replacement.

Two- to four-flats form the backbone of Chicago’s naturally occurring affordable housing, those rented or sold at affordable prices without subsidies. According to a 2017 Chicago Magazine article, the average monthly rent in buildings with more than one, but fewer than 10 units, was $760 compared to $860 and up for everything else.

Michael Babcock, an urban planner working in affordable housing, has tracked housing changes since 2015 using the city’s building permits records. His data goes back to 2006 and is updated in consistently. He has identified a loss of over 5,600 multi-family units on lots now zoned as residential single-family only. This does not include losses in areas with different zoning.

He describes the loss as “astronomical” and says neighborhoods like Lincoln Park and North Center are “hemorrhaging” housing, explaining that “you can’t make up 5,600 units easily.”

And, he’s not wrong.

Megadevelopments just barely make up for the lost units. Despite their size, the number of new housing units proposed at The 78, Riverline, and Lincoln Yards combined do not make up for the more than 20,000 units lost in small multi-family buildings between 2010 and 2016, according to the city.

New housing growth in residential towers or transit-oriented developments help with the losses in number, but lack the same quality and character. Stacey Young, Director of the Preservation Compact, explained that an important reason the flats are so special is that they provide quality, family-sized spaces at affordable prices often with a backyard and historic charm.

IHS’ Geoff Smith reiterated this adding this is not the case in newer buildings with smaller units designed mostly for young professionals. The building type is also an asset to homeowners, extra units can be rented to stabilize housing costs or provide affordable housing options for aging parents.

Lynette McRae, a Manager at the Metropolitan Planning Council (MPC), says when the opportunity arises to purchase a two-flat people jump at it. During Rahm Emanuel’s first term, the city initiated New Houses for Chicago, which developed city-owned vacant lots for first-time home buyers. One option for these new home buyers was to purchase new two-flats.

“One thing we heard very clearly was that the two-flats were the most popular… the buildings families initially flocked to,” McRae said, adding that MPC is advocating for the city to include a two-flat option again when the city restarts the program soon.

Despite their popularity, new two- to four-flats are built at lower rates than other building types, but they continue to be demolished or converted out of existence. In neighborhoods like Logan Square and Humboldt Park, it’s becoming more common to see conversions into single-family homes.

“This is happening in real time,” McRae said, speaking about working in these communities. “This is something that’s very visible and an immediate issue, where you can see homes lost in real time.”

The city’s new five-year housing plan will preserve this type of housing, but more proactive policies are needed. One way to help do this is by lowering the cost of building upkeep for homeowners.

The Preservation Compact has helps two-flat owners get grants for energy saving upgrades, advocating for property tax relief for “mom and pop” building owners. Investing in this housing type is critical for their survival. Currently they exist in a housing no man’s land, too small for traditional housing subsidies, but still vulnerable to market forces.

The most controversial unit preservation proposal is a broad change in the zoning code, a major point of advocacy for many local planners. Babcock believes the city must “put in zoning minimums and charge high fees for removing units; because of zoning, it’s become basically impossible to rebuild these lost units.”

This is certainly within the realm of possibility. Minneapolis just passed a new housing program, which will eliminate all single-family only zoning; on any residential lot in the city a minimum of three housing units will be permissible under the new code. A similar change in Chicago would not stop de-conversions of multi-unit buildings, but it would make building them a lot easier by eliminating legal and procedural hurdles.

This is one of many positive signs in the upcoming housing plan, which a new Department of Housing will directly implement. The city’s plan mentions traditional ways of preserving small rental buildings such as PEAR (Preservation of Existing Affordable Rentals), lowering operating costs, and ensuring loans for new buyers account for rental incomes.

Those who are hoping for a more progressive approach, will have to wait. By not effectively addressing the role zoning can play in restricting the construction of small multi-unit buildings, the city leaves the door open for continued losses despite the best efforts of the upcoming housing plan.

Perhaps a collective shift in values is at play, too. Some Chicagoans may have lost sight of the value inherent in Chicago’s all-important two-flat. During Mayor Richard M. Daley’s administration, the city initiated programs to preserve and sensibly rehab bungalows. Daley grew up in a Bridgeport bungalow, so his nostalgia may have helped the program get off the ground. It caused a civic re-evaluation of what it meant to own and live in a Chicago style home.

“We should celebrate the two-flat and think about this housing as a point of pride,” Young says articulating how this is not just an issue of housing policy, but one of culture. “Imagine a pride in the two-flat, staying in a two-flat, and keeping them a two-flat?”

Whatever the right mix of policy needed to preserve the Chicago two-flat for what it is—affordable, multi-unit buildings accessible to many residents—part of the recipe requires getting Chicagoans to care about the city’s vernacular architecture and why it is important.