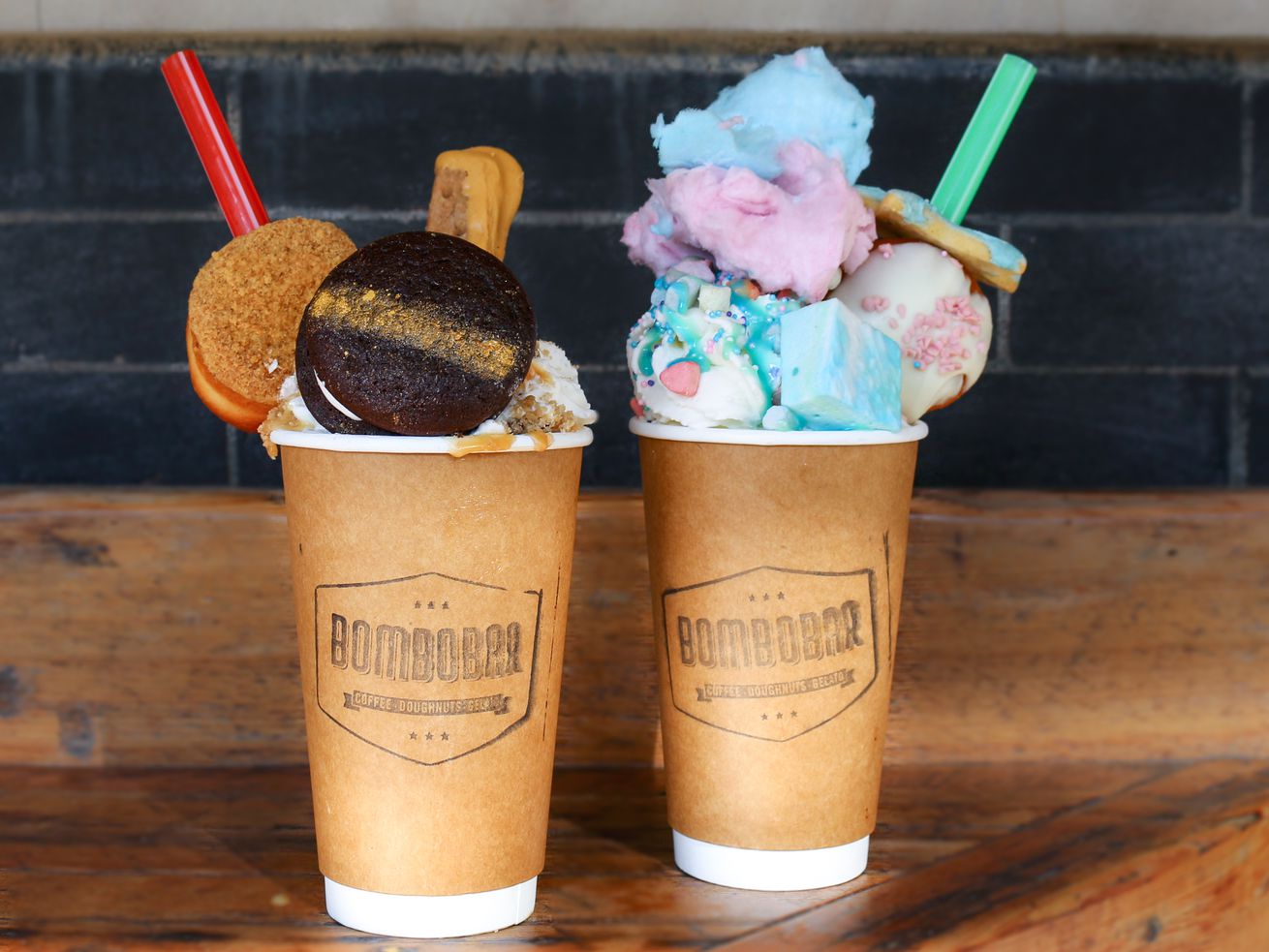 It’s taking over the Buzz Bait space on Wells Street

What seemed to be a throwaway idea from the owners of Bar Siena in the West Loop has morphed into an Instagram-fueled success story. BomboBar is Bar Siena’s takeout window known for its over-the-top desserts and that popularity is about to breed a new standalone location in Old Town. A new BomboBar with a full kitchen and indoor seating should open in February or March inside the former Buzz Bait Taqueria at 1529 N. Wells Street.

Bar Siena opened in 2015, and BomboBar followed shortly afterward. It wasn’t an immediate hit for its parent company DineAmic, said co-founder Lucas Stoioff. DineAmic runs restaurants including Prime & Provisions and Siena Tavern. The latter started as a project with Top Chef alum chef Fabio Viviani. They started the window with a focus on coffee and bombolinis, Italian doughnuts without holes.

“The first year was a total snooze,” Stoioff said of BombaBar. “Nobody knew we were over here.”

After a year, DineAmic pivoted at BomboBar, figuring its doughnut dough was versatile enough to be reshaped and used in other items. That adjustment, and better marketing, helped it take off. Instagram has no shortage of photos of customers brandishing their decadent desserts. Still, in the West Loop they’re restricted by space at 100 square feet — it’s a “hole in the wall,” Stoioff said. It’s a converted storage closet that they considered transforming into a chef’s table. Over in Old Town, they’ll have a 1,000-square-foot space indoors with 30 seats and a 20-seat patio on Wells.

The Old Town location also has liquor license so they can sell boozy milkshakes and other alcohol-spiked desserts and serve them on premises. The new space also expands BomboBar’s delivery range to the North Side. They use UberEats.

BomboBar does serve more than desserts. There are savory options, and Stoioff and co-founder David Rekhson want to highlight breakfast sandwiches, burgers, fried chicken sandwiches, and a veggie sandwich in Old Town. These items tend to be overshadowed by the sweets in the West Loop. Stoioff stressed that it’s not just about social media capital. They worked hard at BomboBar to make the food taste good.

“The fight is to make it as good as it looks,” he said.

Buzz Bait was the fast-casual venture between Giulia Sindler of Kamehachi sushi (located next door) and Marc Malnati of Lou Malnati’s Pizzeria. It specialized in fish tacos and closed last month after more than three years in Old Town.

The Wells Street location will be the first standalone location for BomboBar, but it looks like it won’t be the last new location. Stoioff wouldn’t comment yet, but DineAmic looks in line to take over the Seven Lions space at 130 S. Michigan Avenue. They’ve applied for permits for signage and a liquor license to open a Bar Siena/BomboBar. There’s a dispute between Seven Lions’ owner and the building’s landlord over back rent. The parties are due in court on December 10. After the legal matters are resolved, DineAmic will presumably be able to make an announcement.

Stay tuned for more intel on both spots.