Inside Jeong, One of The Year’s Most Anticipated Openings 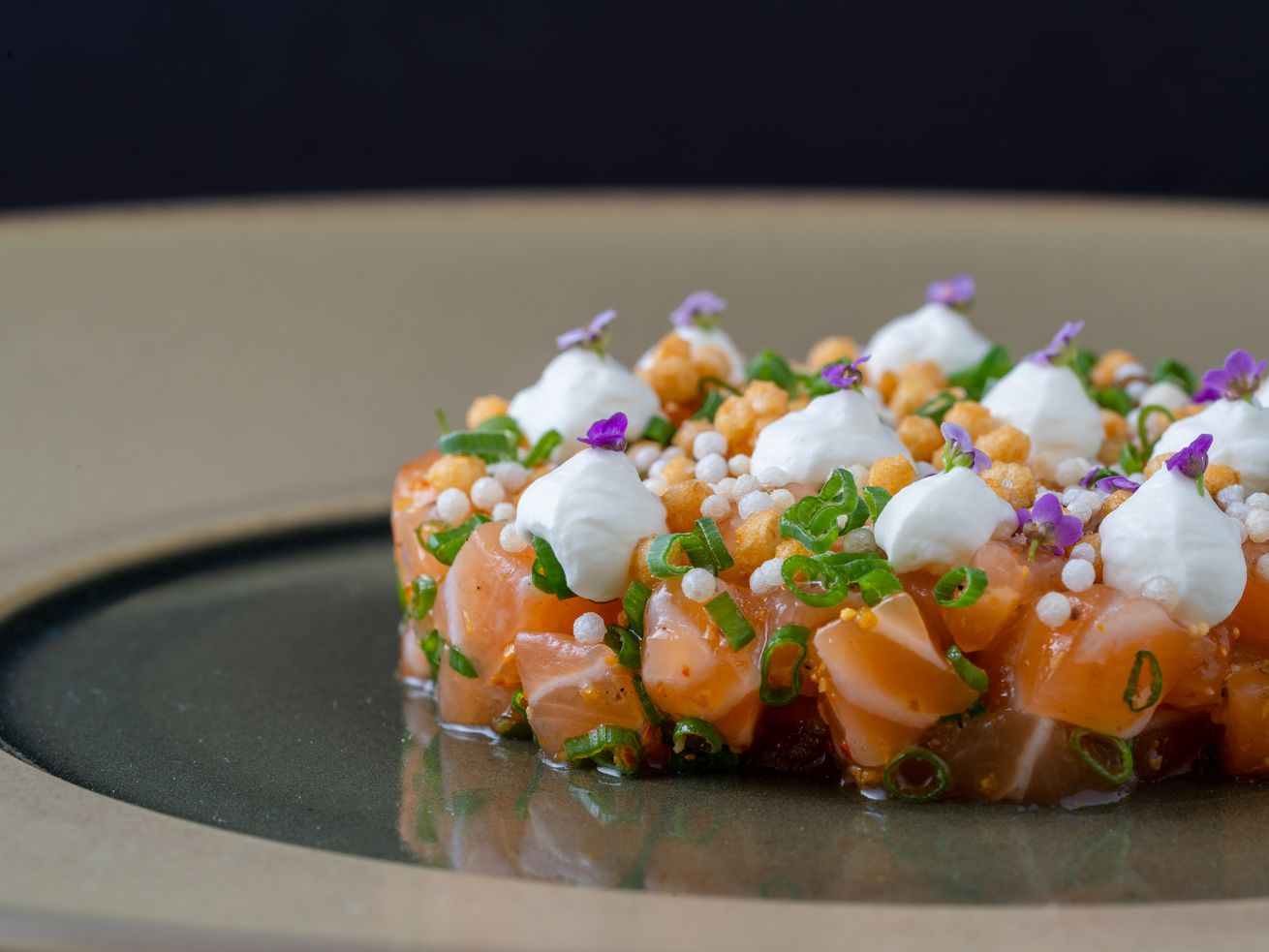 One of Chicago’s most anticipated restaurants opens Friday in West Town, as Jeong debuts with the creative Korean cuisine of chef/owner Dave Park. Park did wonders from a tiny stall inside a suburban strip mall at his first restaurant, Hanbun, which he operated with partner Jennifer Tran. Jeong gives Park more space, access to better ingredients, and a liquor license to please old fans while showcasing his cooking to a broader audience in the city.

Park will focus on composed dishes; there are a la carte and tasting menu options. There’s no bar for patrons, but there’s a small lounge at the back of the restaurant designed to be a waiting area. There’s plush seating and small tables where customers can have a drink or a few plates. Park has created the cocktails, his versions of classic drinks with Korean ingredients. He’s also curating the wine list which spans the globe. Korean food often pairs with soju and beer, and plenty will be available, but despite Korea not being near a wine region, Park wants to highlight that his food goes well with the drink.

Park and Tran handled much of the design elements. It’s sleeker than Green Zebra, the space’s previous tenant. There’s darker colors. Green Zebra, being a vegetarian restaurant, featured plants in the decor. That’s gone to make it feel more modern. Hanbun had a fierce following, a fanbase which Park and Tran call family. A loyal customer brought back art from Korea so the couple could decorate the new restaurant.

As Korean words get translated for American consumption, Park noted the inconsistencies in how Koreans words are spelled and pronounced in English. That’s why he picked careful descriptions on the menu if customers aren’t familiar with a particular spelling. It’s just an example of how they’re gearing up for the city location versus Hanbun in Westmont.

Park’s taking familiar items, such as kalbi, Korean short rib, presented in a different way. The short rib won’t be grilled, as per tradition. These will be thicker than traditional flanken-style short ribs. Park braises the beef in the same marinade used on Hanbun’s kalbi. He reforms the meat to about two-inches think, serves it with brown butter confit turnips, and brown butter carrot velouté. It will also come with pickled carrots and iceberg lettuce.

While describing the menu, and talking about balancing traditional and modern preparations, Tran interrupted Park and said to him: “You’re pretty much cooking what you want.”

It’s a solid philosophy for the Eater Young Gun. Take a walk through the space below. Jeong (pronounced “Chung”) opens tonight.