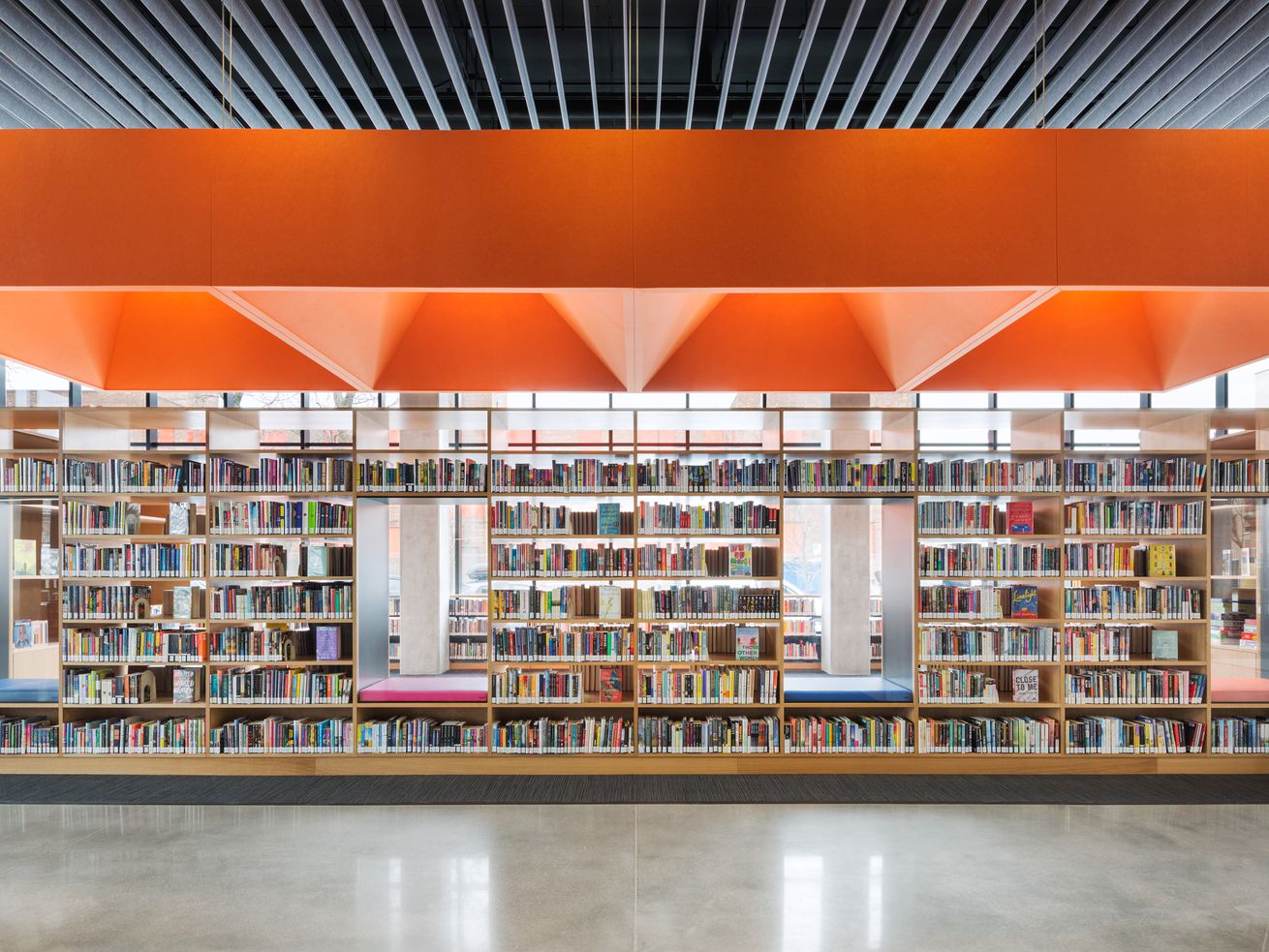 John Ronan and SOM each designed a project

Two new Chicago Public Library branches with apartments opened on Tuesday in Irving Park and Little Italy. The community-focused projects have a combination of affordable and senior housing.

The two completed library and housing projects are the first of three which are designed to renew and improve neighborhoods. Each library offers programs tailored to all residents, and some services include early learning play space, a digital media space for teens, tutors, job search help, book clubs, and educational and cultural programming.

“Chicago is breaking the mold and uniting the strengths of our neighborhood libraries with great housing that is affordable and accessible,” the mayor said in a statement. “Bringing together world-class libraries together with housing builds strong neighborhoods and provides a place for all community residents to gather, share and succeed.”

The new Independence Library has an Early Learning Play Space, a CyberNavigator program, and new @YOUmediaChicago space. Bringing together world-class libraries with housing builds strong neighborhoods and provides a place for all community residents to gather, share and succeed. pic.twitter.com/Np2bTXszH8

Chicago-based John Ronan Architects designed the modern, colorful Independence Apartments and Independence Branch at 4024 N. Elston Avenue. This library will replace the former location on Irving Park Road which was lost after a fire in 2015.

The new two-story, 16,000-square-foot library has an open floor plan with graduated staircase seating, a children’s area, and flexible community rooms. The 44 brightly colored apartments have their own balconies and a large roof garden that covers the parking lot. There will be 44 senior apartments, 30 CHA units, and 14 affordable units.

Over at 1336 W. Taylor Street, the Taylor Street Apartments and Little Italy Branch Library was designed by the Chicago firm Skidmore, Owings & Merrill. The ground-floor library features tons of natural light, a landscaped outdoor reading area, and a YOUmedia space. The 73 apartments have floor-to-ceiling windows with open floorplans and shared spaces on each floor to foster a sense of community. The housing will comprise 29 affordable apartments, 37 CHA units, and 7 market-rate units.

“Bringing these two vital civic services together as one project created a tremendous opportunity to think about how a learning and social center could be integrated with housing to contribute holistically to the community,” said Brian Lee, Design Partner at SOM. The firm has also designed the West Loop and Chinatown branches.

Construction on the last project, the Northtown Apartments and Northtown Branch at 6800 N. Western Avenue in West Ridge, will be complete later this year. Designed by Chicago-based Perkins+Will, Northtown will have 44 senior apartments, including 30 CHA units and 14 affordable units.

“We know how essential our libraries are to the communities of Chicago as neighborhood anchors,” said Chicago Public Library Commissioner Brian Bannon. “Thanks to Mayor Emanuel’s vision, our partnership with CHA, and the creativity of renowned designers, we’re able to provide our award-winning programs inside innovative spaces that reflect the vibrancy of the communities we serve.”