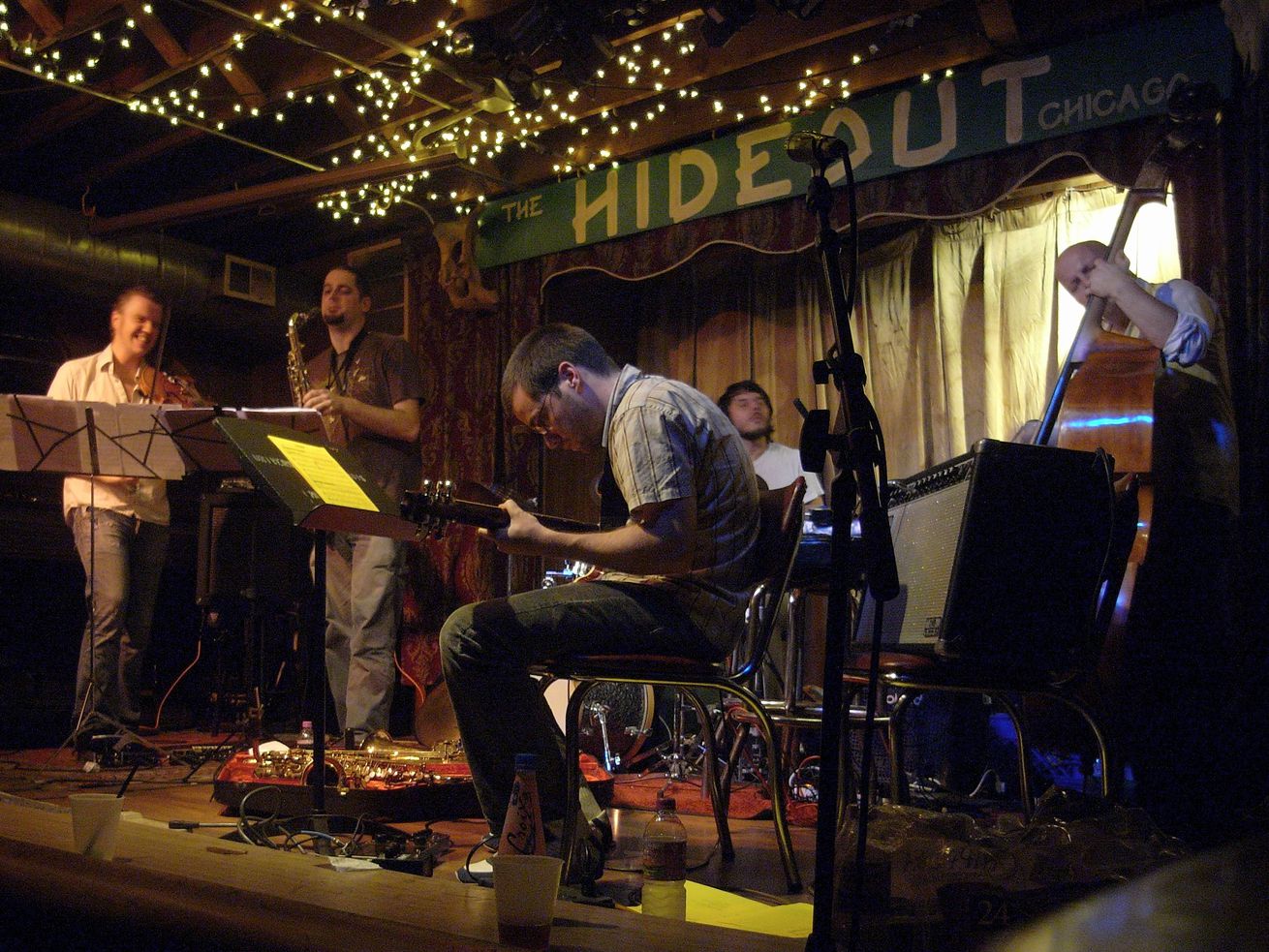 Just before Sterling Bay’s meeting about Lincoln Yards began, the city’s indie music venues held a press conference just a floor below in the same building to announce CIVL, a coalition spearheaded by Robert Gomez of Subterranean and Beat Kitchen, and Katie Tuten of The Hideout. The room was overflowing with CIVL supporters—musicians, photographers, longtime concert-goers, and other industry folk.

The Hideout is just a few blocks from the proposed soccer stadium in the Lincoln Yards development. Live Nation has signed on to invest millions into the entertainment district which makes Tuten, Gomez and others concerned about what will happen to their venues and others around the city.

Ultimately, CIVL wants responsible development and more transparency from the developer Sterling Bay. At their press conference the coalition released a list of recommendations for the city to make that happen.

CIVL is asking that officials slow things down and pass off decisions about finances and the new TIF district to the next mayor and city council. Although the Cortland/Chicago River TIF District has become controversial now, it was first proposed in the North Branch Framework Plan back in July 2017.

The coalition also suggests creating the position of Night Mayor, which would head a music board within the Department of Cultural Affairs and Special Events (DCASE). The Night Mayor would oversee and advocate for the city’s creative nightlife which would preserve the culture and vibrancy it has brought to the neighborhoods.

Washington D.C. just named its own Night Mayor who serves as a liaison between the city and after-hours establishments. The job can help organize a creative industry that municipalities sometimes view as disruptive or bad. But this type of position isn’t new. One example is an organization in Berlin which has been advocating for nightlife and working with developers to show the value of preserving local venues and neighborhoods for the past 15 years.

Other recommendations include forming an economic advisory committee to represent independent venues, creating a collective bargaining unit for the entertainment industry, funding a music census to gauge the industry’s economic value, fostering competition, and create citywide safety protocols with recourse plans for harassment.

In general, club owners are worried about how their businesses will fair with the possibility of a huge new venue owned by the country’s largest promoter. Live Nation also owns Lollapalooza and some owners have questions about how the new venue might affect the after shows from that festival which likely requires artists to sign a radius clause that is standard in the industry, according to Block Club.

The exact plans around the entertainment district haven’t been entirely clear either. Sterling Bay did meet with the owners of The Hideout in September, but it’s obvious from the contentious meeting on Thursday that there is more that needs to be discussed.

During the open forum after Sterling Bay presented new details of the development’s master plan, Tuten was one of the last people to get to a microphone. Several times she asked Sterling Bay if it would drop the project if they didn’t get money from a tax increment-financing (TIF) district, which is a controversial tool used by the city to fund infrastructure. At this point, a TIF district has not been created but it’s something the officials are considering.

While Keating Crown, principal and senior management at Sterling Bay, didn’t say yes or no it was clear the developer can’t imagine this project moving ahead without TIF money to finance infrastructure updates. And, with a project of this size the roads and transit absolutely need to be improved. It’s just up to the residents and 2nd Ward Brian Hopkins to decide on whether creating a new TIF district is an appropriate to pay for those changes.

While the formation of CIVL was spurred by a reaction to the Lincoln Yards development, the coalition has other goals beyond Sterling Bay. A subcommittee within CIVL is dedicated to improving the independent music scene in Chicago by holding venues accountable for the bullying and sexual harassment that takes place during events.

Regardless of whether the city and Sterling Bay will give CIVL a seat at the table right now, it’s clear they’ve made their voices heard and will continue to do so.