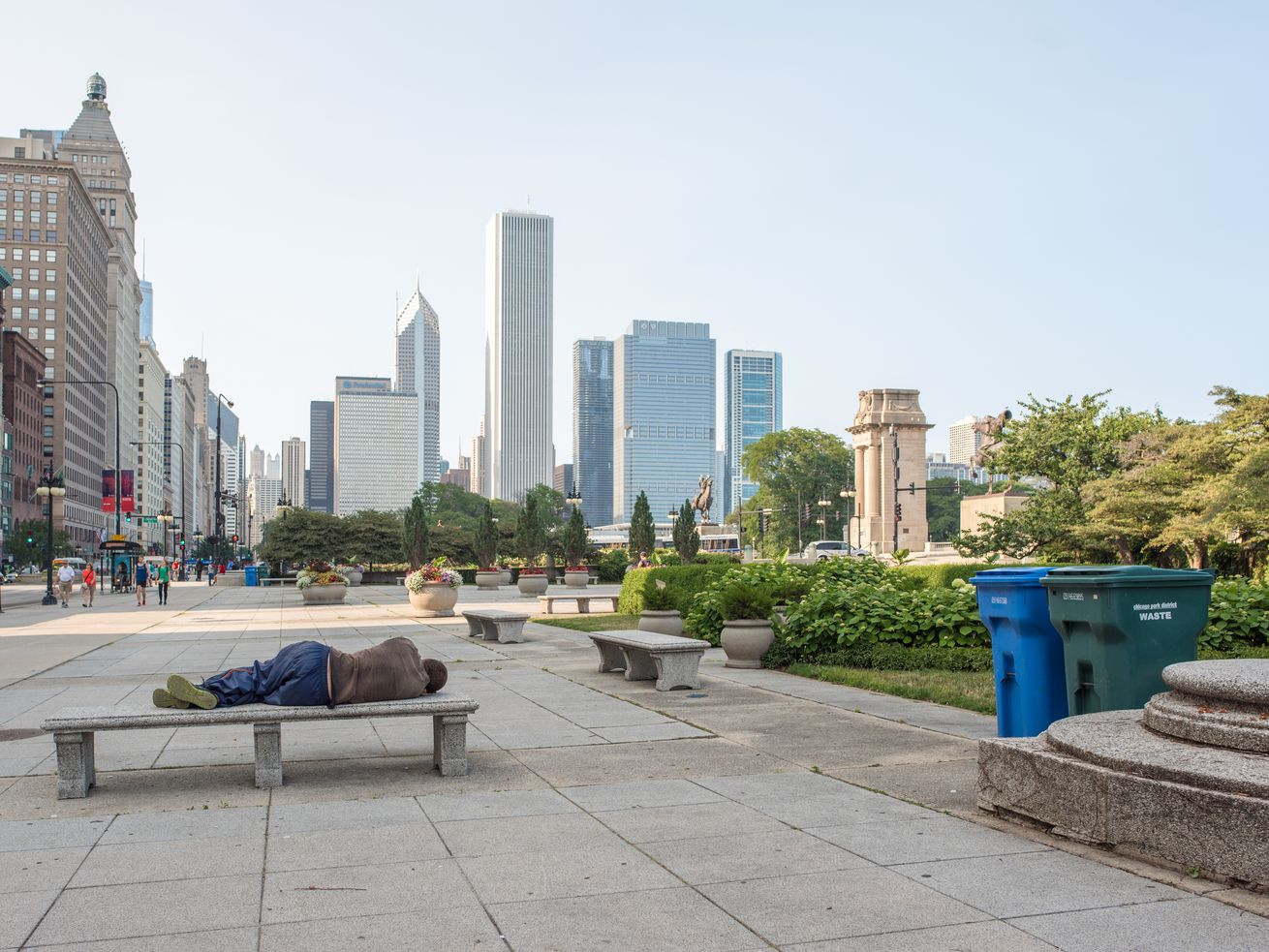 The city is expanding shelter capacity, giving out hygiene kits, and encouraging social distancing at shelters.

Stay home and wash hands frequently—that’s not easy advice to follow for thousands of Chicagoans experiencing homelessness and trying to protect themselves from exposure to COVID-19.

“Being homeless has never been more dangerous,” the Chicago Housing Initiative Coalition said in a statement. The most recent homeless population count shows that there are about 4,030 homeless individuals in shelters and 1,260 unsheltered on the street.

“It is critical that we develop a comprehensive, preventative strategy for those that are living on the streets and those most vulnerable in our shelter system,” said Leeanna Majors, a grassroots leader with the coalition in a statement. “If we do not, it will be increasingly difficult to flatten the curve.”

A local nonprofit, A Safe Haven Foundation, which offers services and temporary housing for homeless Chicagoans is anticipating a sharp increase of residents seeking help at their center.

“If homeless people start to get the coronavirus, unfortunately if that happens, it’ll spread like wildfire,” said Neli Vazquez Rowland, president and co-founder of A Safe Haven Foundation. “We need to have more places out there like A Safe Haven to make sure we can accommodate that type of surge.”

So far, Chicago has worked to increase capacity at city shelters and expanded its partnership with the YMCA of Metro Chicago. That’s resulted in about 400 additional shelter beds and about 500 more beds are expected by the end of the week. It’s a necessary step as city-run shelters are 99 percent full, according to the mayor’s office.

In addition, the city’s Homeless Outreach program has installed hand-washing stations at some of the larger homeless encampments across the city. Plus, the program has started giving out hygiene kits, hand sanitizer, and wipes.

In response, the Chicago Housing Initiative Coalition says more housing will be needed to help homeless residents from exposure to the novel coronavirus—about 2,800 units. While the coalition is encouraged by the increase in more shelter bed and city-rented hotel rooms, it’s also calling on the mayor to lease unoccupied Chicago Housing Authority public housing. According to a report from late 2019, the housing agency had about 1,885 vacant housing units.

As for other protective measures, the city has put a hold on enforcing evictions and suspended debt collection and ticketing practices until April 30. But advocates are still worried about residents who don’t have stable housing or now without work.

“My biggest fear with the businesses being shut down is that, we already know the stats, the vast majority of people out there about 40 to 50 percent are one paycheck away from being homeless or in poverty,” says Rowland.

(Credit: iStock) The affordable housing crisis in Los Angeles may have reached a breaking point with the emergence of the “vanlord.” People in Venice have…

Shutterstock There’s a hold on evictions and foreclosures until May 18, but housing advocates are demanding a rent freeze. In mid-March, the city announced it…