Here are the five designs competing for O’Hare Airport’s $8.5B expansion 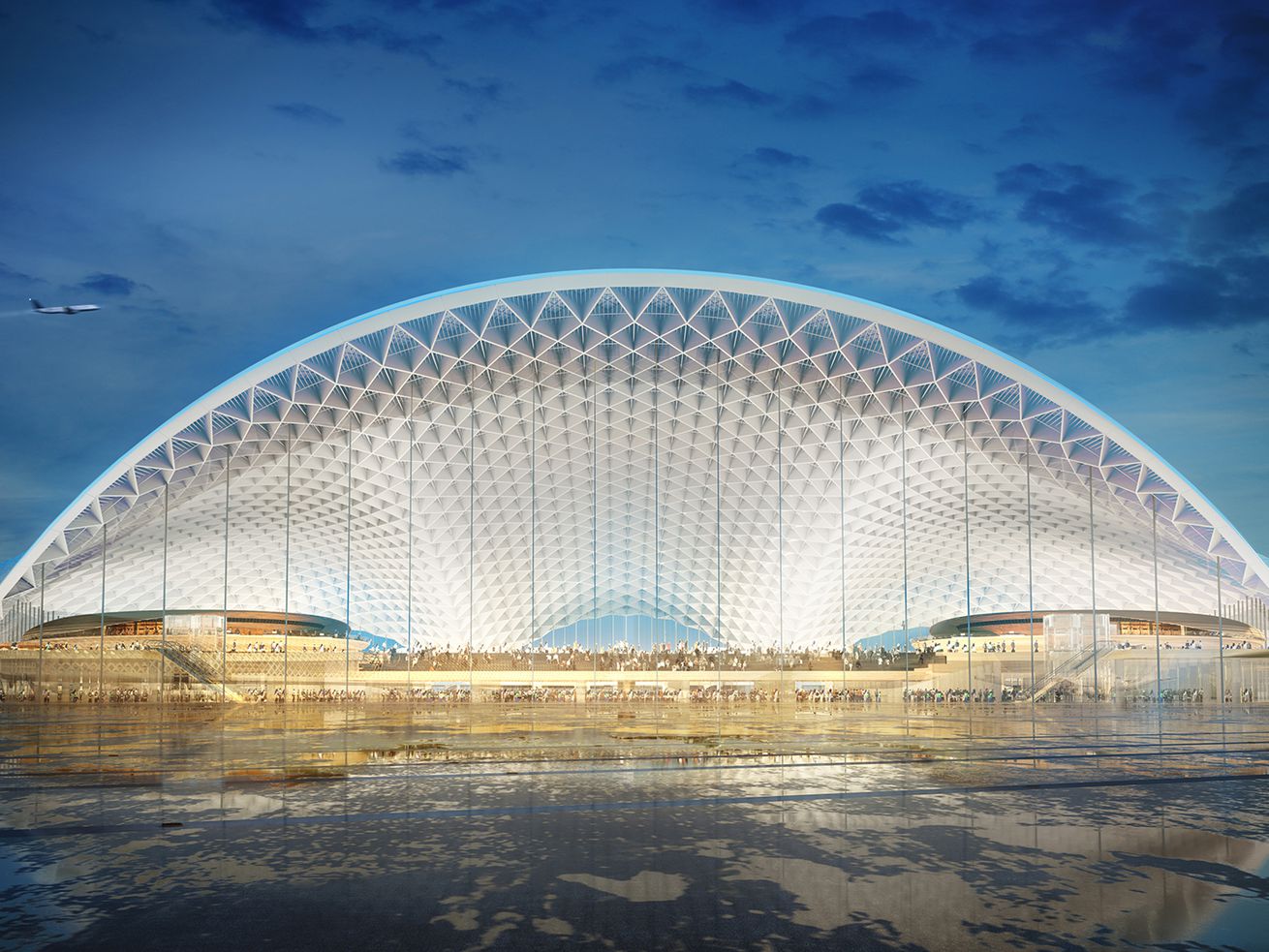 The five teams, whittled down from a field of 12 that answered the city’s request for qualifications, include some of the planet’s top architectural talents. Their task: design a 21st-century global terminal to replace the airport’s aging 1960s-era Terminal 2.

Slated for completion in 2028, the massive facility will handle both domestic and international flights and include its own customs and immigration checkpoints. Combined with two new satellite terminals, the overhaul will increase O’Hare’s total terminal area by an estimated 60 percent, from 5.5 to 8.9 million square feet.

On Thursday, the city released minute-long videos previewing each design. Residents can get a closer look at the concepts by checking out physical models of each proposal on display at the Chicago Architecture Center for free now through January 31. Bid materials will also be posted inside O’Hare’s Terminal 2.

Here is what the architects have in mind.

Led by Colorado-based Fentress Architects, proposal one calls for a soaring terminal topped by a curving, skylit roof. Looking more like a hill compared to the mountain-like peaks of the Fentress-designed terminal at Denver International Airport, the saddle-shaped design filters sunlight to the multi-level concourse below through undulating vertical slats. Brook Architecture, EXP, and Garza Karhoff Engineering are joint venture partners on the bid.

London’s Foster + Partners—the designer behind Chicago’s riverfront Apple Store—teams up with local firms Epstein and JGMA on this striking, cloud-like concept. Greeting arriving passengers with three vaulted arches, the terminal transitions to a single, grand archway framing a “theatre-like” view of the airfield beyond. The structure is capped by a delicate-looking grid of diagonal skylights.

Last but not least is a bid from Spanish-born starchitect Santiago Calatrava. Arguably the most grandiose in its scope, the design calls for a giant arrowhead-shaped structure rendered in the designer’s signature white, skeletal style. The video shows this vision extending to neighboring terminals and east of the airports service drive where a large garden would replace or reimagine the existing parking structures and Hilton hotel. Calatrava’s firm—which penned the ill-fated 2,000-foot Chicago Spire—has faced criticism in the past for designing pricey projects like the World Trade Center’s Oculus, which ballooned from $2.2 billion to $4 billion.

Update: A source from Calatrava’s team reached out to Curbed Chicago to clarify the reasoning behind the Oculus overruns. The situation was primarily due to external, non-architectural factors including last-minute safety changes in response to the London and Madrid bombings, said the representative. Santiago Calatrava clarified the issue personally in an interview appearing in Crain’s Chicago Business on Thursday afternoon.

At this point in the process, the presentations represent a broad look at what each team envisions for the airport. Less glamorous but still vital details like passenger circulation, security screening, and baggage pickup appear to be a discussion reserved for another day.

Emanuel hopes to announce a winning design before he departs office in May. However, as the Chicago Tribune noted, it’s unclear who exactly will ultimately make the call. So far, city officials have declined to reveal the members of its O’Hare evaluation committee.

Despite the bureaucratic murkiness, the City’s Department of Aviation is bringing a democratic element to the process by allowing the public to vote for their favorite design online. Polling started Thursday morning and runs through January 23.

In the meantime, feel free to select your favorite in our unofficial Curbed poll.