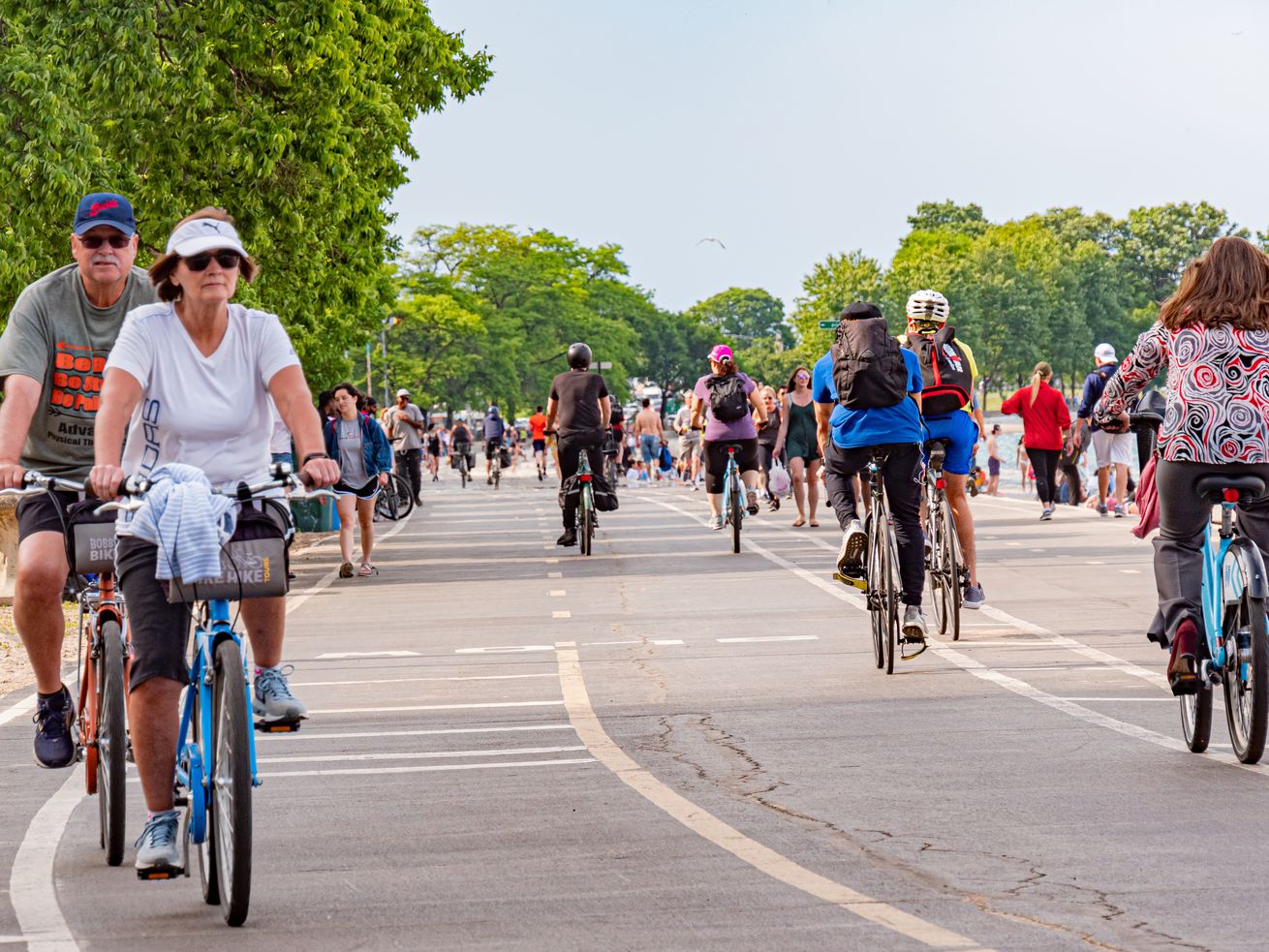 Scorching heat and thunderstorms through the weekend

For a while, it felt as though summer had been cancelled in Chicago. Remember that snow in spring? However, beginning on Thursday the temperatures will soar to the high 90s and thunderstorms will make the hot weather even more humid.

The worst of the heat is expected on Friday, but Thursday temperatures will start to rise into the mid-90s. The miserably high temperatures triggered an excessive heat warning, which is in effect until Saturday night. Severe thunderstorms are predicted Thursday morning and Saturday, which won’t provide much relief, but will instead pump up the humidity.

The heat index, which is an estimation of what the temperatures will actually feel like, could hit 104 to 114 each afternoon. A heat warning is issued when the heat index reaches certain dangerous levels—protocols were set after the deadly July 1995 heat wave that killed more than 700 people in Chicago, according to the Tribune.

Saturday’s high of 98 degrees doesn’t come close to breaking any top records—the highest temperature recorded in Chicago was 105 degrees on July 24, 1934, according to the weather service. The unrelenting heat is expected to end on Sunday. A shift in the wind will bring the high temperature to around 85 degrees then.

This will be the hottest weather we’ve seen all year, and the city is preparing for it. On Wednesday officials from public safety, health, utilities, and human service departments plus the weather service gathered to discuss a plan for the safety of Chicago residents.

The Chicago Transit Authority doesn’t expect there to be any issues with L trains and buses (which are all air conditioned). However the Metra says it’ll need to reduce train speeds during the excessive heat. The extra caution is taken due to possible “sun kinks” that warp the tracks, and in the worst case cause the train to derail.

Sun kinks occur when the rail expands beyond the holding force of the track structure and becomes warped.

Take a look at what can happen when a train encounters a sun kink, compliments of Australian Railways Driver Bernie Baker, shared with permission: https://t.co/GexuyAAK1y

The Department of Family Support Services has extended hours at the six cooling centers across the city. Libraries, police stations, and senior centers will be open for those seeking shelter from the dangerously high temperatures.

The city advises residents without air conditioning to keep the shades closed with windows slightly open. It’s good to touch base with relatives, neighbors, and friends—or call 311 to request a wellbeing check. Also, drink plenty of water and learn the signs of heat exhaustion.

We have a list of places to cool off which includes museums, splash pads, and free air conditioning. Of course, there are the dozens of free public pools and Lake Michigan beaches, too.